The Buffalo Bills once again showed that there’s no such thing as a sure thing, as they bucked the odds by traveling to Minnesota and beating the Vikings 27-6. 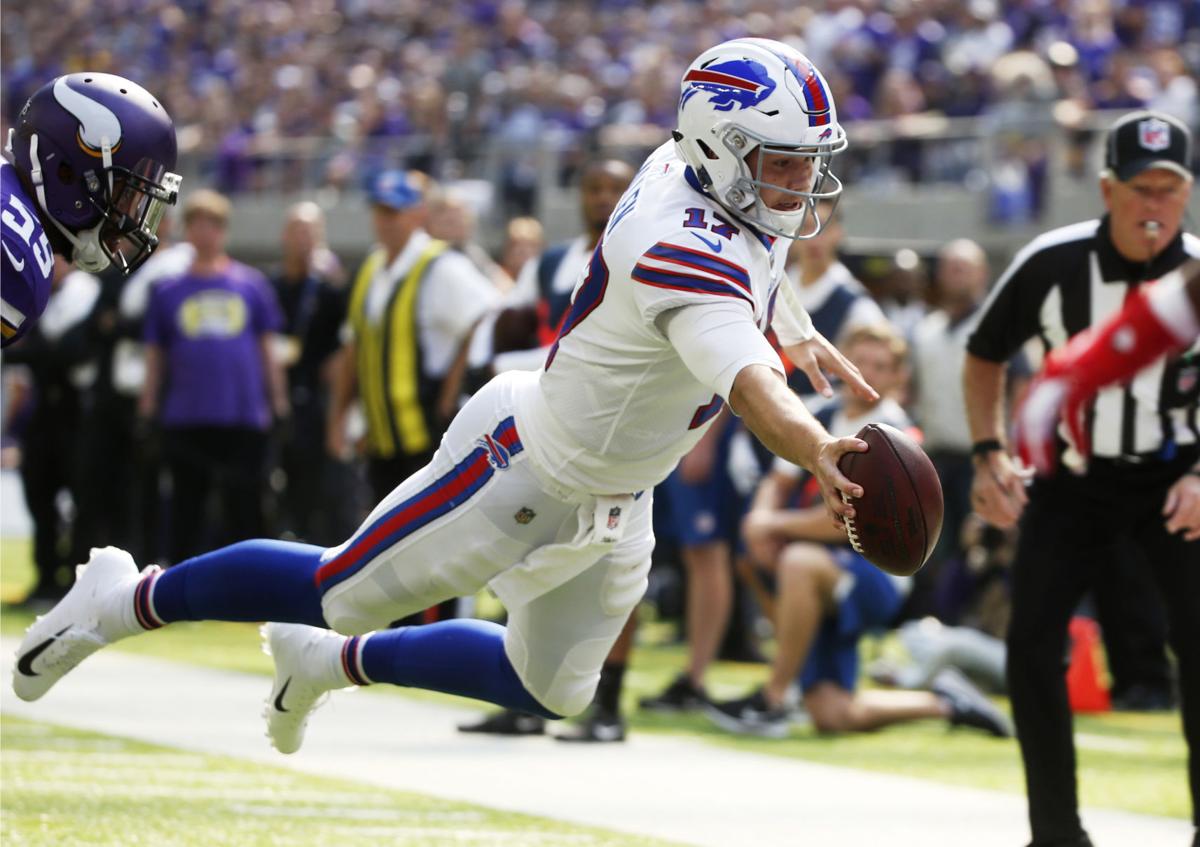 Buffalo Bills quarterback Josh Allen dives for one of his two touchdown runs during Buffalo’s 27-6 victory over the Minnesota Vikings in Week 3 of the 2018 NFL season. (Image: AP/Bruce Kluckhorn)

Buffalo pulled off this feat despite coming into the game as a 17-point underdog. That made the result the largest NFL upset – at least in terms of the point spread – in the last 23 years.

The last time a larger underdog managed to come up with a win was in 1995, when the Washington Redskins found a way to knock off the Cowboys 24-17 after Dallas was installed as a 17.5-point favorite.

“That’s the NFL,” Bill Sattler, sportsbook director for Caesars Entertainment, told the Las Vegas Review-Journal. “On any given day, any team can win.”

That may be true, but the nature of the victory was just as surprising as the outcome. This wasn’t the equivalent of the Bills hitting a one-outer on the river: Buffalo dominated nearly the entire game, and the result was no longer in question by halftime.

Buffalo was led by rookie quarterback Josh Allen, who put together a memorable performance to earn his first career NFL win. Allen ran for two touchdowns, threw for a third, and created a highlight-worthy moment by hurdling over Vikings linebacker Anthony Barr on a run.

It’s easy to assume that Minnesota must have been looking past their lightly regarded opponent to allow a loss like this to happen. But Vikings head coach Mike Zimmer didn’t try to make any excuses for his team in his postgame comments.

“I don’t think we took them too lightly,” Zimmer said after the game. “I think they came out and kicked our butts.”

Bills cornerback Tre’Davious White also played down the point spread in comments made after Buffalo’s win.

“I think ever since I’ve been here, every game I’ve been in, we’ve been the underdogs,” White told reporters. “It’s nothing new to us. We just go out and play.”

Overall, sportsbooks did well on the massive upset. Mirage sportsbook director Jeff Stoneback told the Review-Journal that the game was the book’s “biggest winner of the day,” saying many bettors had included the Vikings in parlays and teasers.

“It would’ve been better for us if the Vikings had won the game,” South Point sportsbook director Chris Andrews told the Review-Journal.

So much for my “Survivor pool!” Over 1100 Entrants from Poker Players at $300 a pop, 550 out already. I had six entrees, my last five picks are on Minnesota. In fact, 75% of the picks in the pool are on Minn! #Poof #UpInSmoke #DidntSeeBuffaloComing #16PointFavorites

Plenty of poker players were impacted by the result as well, even if they didn’t directly bet on the game. Phil Hellmuth made that clear in a tweet about his NFL survivor pool, in which he said 75 percent of the picks were on Minnesota this week – meaning that most of the 1,100 entries, all of which apparently came from poker players, were eliminated because of that one result.

The Bills weren’t the only team to pull off a major upset on Sunday, either. The Tennessee Titans defeated the Jacksonville Jaguars 9-6 after coming in as 10-point underdogs, while the New England Patriots, who were favored by a touchdown over the Detroit Lions, lost 26-10 in the Sunday Night Football game.

I’d like to know when the last 17 point underdog actually won by 21 points! That’s beating the spread by 38 points.