Florida Governor Ron DeSantis and the Seminole Tribe of Florida have signed an expansive revision to the tribe’s gambling compact that will run for 30 years and which could generate billions in dollars in revenue for the state. The new compact, signed on Friday, is designed to bring legalized sports betting to Florida while also resolving previous differences between the state and the tribe that caused the Seminoles to halt their revenue-sharing payments to the state for the past two years. 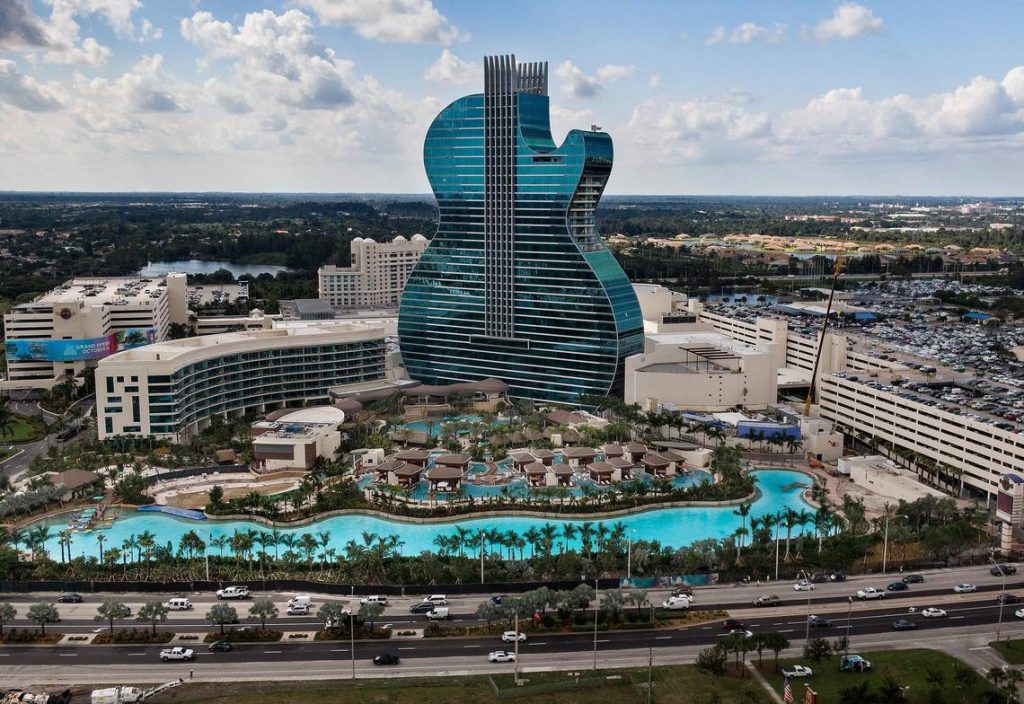 Florida’s Seminole Tribe agrees to a 30-year gambling compact with the state that includes sports betting and expanded gambling on games such as baccarat and craps. (Image: Miami Herald)

Under the terms of the deal announced on Friday, the Seminole Tribe will also drop its existing claims against the state’s pari-mutuel facilities — meaning the state’s race tracks, jai alai frontons, and other betting facilities — over some player-banked games such as pai gao and baccarat being offered at those facilities’ poker rooms. The long dispute over the pari-mutuel-connected poker rooms also offering the player-banked games served as the basis for the Seminoles to stop making the payments called for under their earlier tribal compact, which amounted to $350 million annually in 2018.

The new deal involving both live and mobile sports betting considerably sweetens the pot for both sides. Under the compact’s terms, the Seminole Tribe would guarantee the state at least $500 million per year for the next 30 years. However, the two sides project that the actual take for the state will be in excess of $600 million annually.

The Seminoles will drop their existing claims involving certain player-banked card games at the pari-mutuel-run card rooms. In another technical win for the state’s 26 pari-mutuel facilities, they will be able to offer sports betting, but will have to give a share of their revenue to the Seminole Tribe.

Sports betting is only one of several areas covered by the expanded compact. The Seminole Tribe will be authorized to add craps and roulette to its casinos, and will be allowed to create new facilities on the tribe’s Hollywood reservation within the Miami-Ft. Lauderdale metro area, in addition to the existing Seminole Hard Rock Hollywood facility.

The compact’s rules as they relate to Florida’s pari-mutuel facilities are only a part of the changing landscape those face. There’s also the pending bill that would decouple the racetrack offerings that define a pari-mutuel facility from the poker rooms many of these sites operate as mandated under current Florida law. The decoupling would allow such poker rooms to operate as independent entities.

The enhanced compact will need to be ratified by Florida’s legislature and approved by the US Department of the Interior’s Bureau of Indian Affairs before going into effect. Florida’s current legislative session ends on April 30, but it is expected to take up the deal in a special session that begins on May 17. The feds, meanwhile, must assure that the expanded gambling agreed to in the new compact still meets the requirements of the 1990 Indian Gaming Regulatory Act (IGRA)

Larger difficulties still face the new compact. First, Florida’s gambling opponents have already cried that the expanded compact violates Amendment 3, a statewide referendum that passed in 2018 by a nearly 70:30 margin. That amendment forbids any gambling expansion in the state unless approved by voters via additional statewide referendums. Ironically, Amendment 3 was created by — and lobbied for — by the Seminole Tribe and Disney as a way to block other gambling and casino entities from attempting to set up shop in the state.

John Sowinski of Orlando’s Consensus Communications, a polling firm and press agency that worked closely with the Seminoles and Disney to pass Amendment 3, decried the new compact in a statement. “The proposed compact violates the letter and spirit of Amendment 3,’’ said Sowinski. “We call on the Governor and our Legislators to honor the will of the people, who demanded that any new casino gambling authorization occur at the ballot box, not behind closed doors in Tallahassee. We are committed to defending the integrity of Florida’s Constitution, and ensuring that the will of the people is respected.”

Going further in his admonitions against the expanded compact is Florida resident and noted gambling attorney Daniel Wallach, who claimed in an interview on the Florida Sports Gambling podcast that the new compact was intentionally designed to fail, with language included in the bill that would allow the Seminoles alone to offer sports betting at their on-reservation casinos. Wallach claims that remote sports betting cannot take place in Florida because of existing legal rulings that bar IGRA-bound tribes from offering gambling services to off-reservation gamblers.

Wallach asserts that Florida’s pari-mutuel rooms will end up getting nothing from the new compact, especially when it comes to sports betting. “This compact brokers a deal that would allow licensed racetracks and other licensed power mutual facilities to operate sports betting as an agent for the Seminole Tribe,” said Wallach. He argues that every court that has considered this issue has “literally and strictly” interpreted the requirement to limit gaming to within the reservation. Any gaming that takes place off the reservation, including internet gambling and mobile betting, is prohibited in Wallach’s view.

Under his interpretation, it won’t matter if the sports wagering that the pari-mutuel facilities are hoping for is done live or online; the act of these facilities serving as off-reservation agents of the Seminole Tribe is what will invalidate their participation under IGRA.

“Eventually a federal court will follow the long line of authority that has been set down before that holds that off-reservation gaming is not something that comes up under IGRA and you can’t have a compact for it,” continued Wallach. “And at the end of the day, a federal court will invalidate any of the non-compliant parts of the compact, and [in] this compact is a poison pill provision that says if any part of it is invalidated by a federal court … if it’s been [in]validated by federal courts, the tribes still get to keep sports betting, the compact remains intact, and the state will get less money from the tribes.”

Calling it a “Trojan horse designed to fail,” Wallach argues that the only beneficiary of this deal will be the Seminole tribe, and the state will be a loser. “The biggest loser of them all will be all the pari-mutuel facilities that get nothing,” Wallach adds. “Trust me, this day will come in about a year, year-and-a-half.”