If some analysts in the sports media are correct, former poker pro Haralabos Voulgaris might soon be on his way out as a pseudo general manager of the NBA’s Dallas Mavericks due to a supposed rift with the team’s youthful superstar, Luka Doncic. 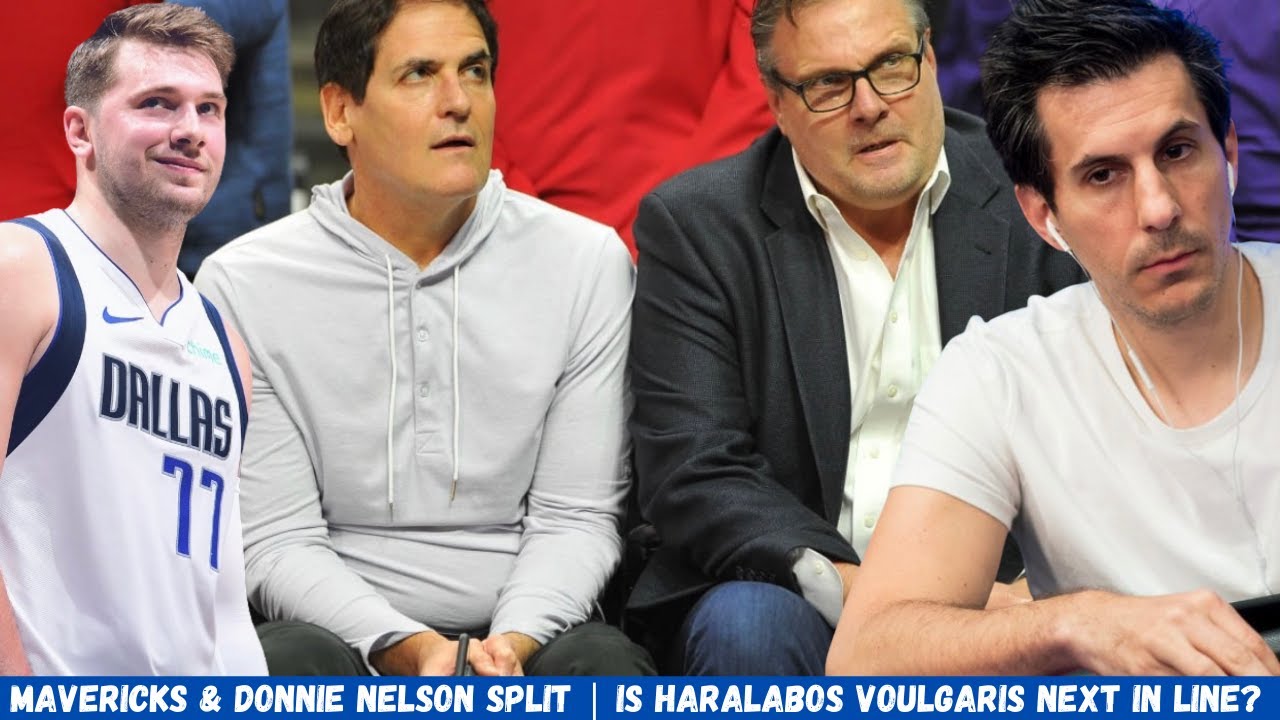 Haralabos Voulgaris (far right) could be the next Dallas Mavericks executive out the door. (Image: YouTube)

On Tuesday, CardsChat’s Haley Hintze shared details of a report from The Athletic, a sports journal, that claims Doncic isn’t fond of Voulgaris and that he wants the poker player out, citing unnamed sources within the Mavericks organization.

Team owner Mark Cuban, co-star of NBC’s Shark Tank, refutes those claims. On Twitter, he referred to the report as “total b******t.”

“The writer didn’t reach out to me till just before the opinion piece was published. And I never spoke to him till after it was posted i conveyed the facts to him then,” Cuban wrote.

Tim Cato, who covers the Dallas Mavericks for The Athletic, and Sam Amick co-wrote the article in question (subscription required), and stand behind their reporting. On Thursday, Cato had a bit of an “I told you so” moment on Twitter; since the article was released on June 14, Mavericks coach Rick Carlisle resigned and GM Donnie Nelson, son of former longtime Mavericks head coach Don Nelson, was fired. The sportswriter subtly reminded his Twitter followers to read his article following the team’s major departures.

good time to read this https://t.co/pCMMqkeyr2

The shakeup within the Mavericks organization just two days after the supposed hit piece was published, suggests that The Athletic may not have written “total b*******t” about Voulgaris, a legendary NBA bettor who also has more than $3 million in live poker tournament cashes.

Kevin O’Connor of The Ringer, another prominent web-based sports media outlet, wrote that it “sounds like he’s gone as well,” in reference to the former high-stakes poker pro. Tyler Watts of FanSided, a sports blog, called for Cuban to send “Haralabob” packing.

“There is dysfunction within the Mavericks’ power structure. Owner Mark Cuban is going to have the final say, but he needs a president of basketball operations to pull the strings on moves. That cannot happen if the Mavs keep Bob Voulgaris in his current role,” Watts writes.

If Cuban is forced to choose between Doncic and Voulgaris, whom he hired to serve as a Director of Quantitative Research and Development in 2018, the choice would be easy. Doncic is potentially the face of the NBA for the next decade. At age 22, he’s already one of the league’s premier scorers (27.7 points per game) and is the first player in history to score 40 or more points four times in his first 15 playoff games.

While Cuban, a self-made billionaire investor, never would have hired Voulgaris if he didn’t find value in his analytical mind and basketball expertise. But Doncic is one of the most talented young basketball stars ever, and a fan favorite who helps fill arenas in Dallas and around the league.

With that said, Cuban denies the report, and The Athletic article cites unnamed sources, which may or may not be reliable. Doncic hasn’t spoken publicly about his relationship with Voulgaris, whose contract with the Mavericks is up later this summer, so we’ll likely found out just how accurate that report is fairly soon.

I’m not sure how I feel about Rick Carlisle becoming the next coach for the Indiana Pacers. I guess his days working with the Dallas Mavericks is over. Apparently Rick is backing Jason Kidd to replace him. I think Jason will make a good coach for the Mavericks as well.