Cryptocurrency gaming site Virtue Poker has announced a series of new innovations, including NFTs and a chance to win a piece of Phil Ivey’s WSOP prize money. 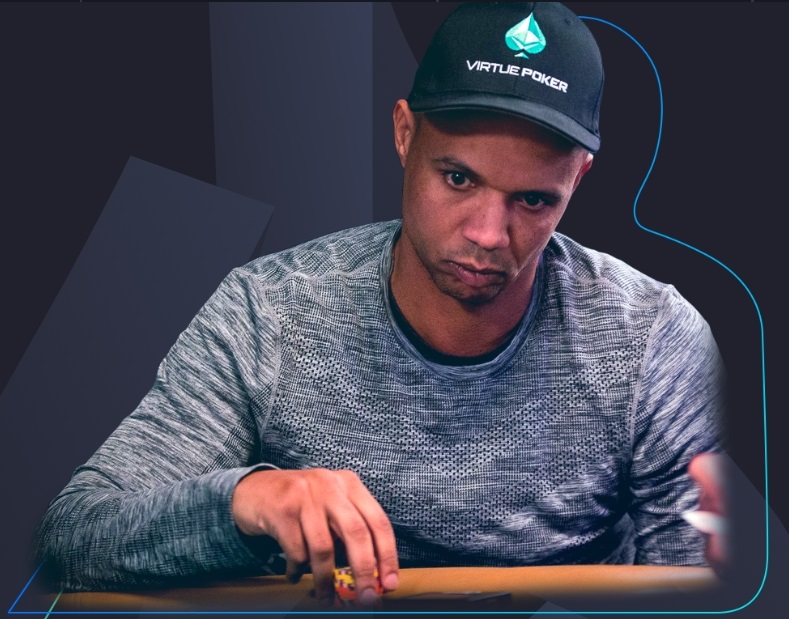 The price of Bitcoin, Ethereum, and other tokens might be bearish, but Virtue Poker’s executives are hoping to generate some bullish momentum with Ivey’s help.

The game’s most iconic player partnered with the crypto poker site in 2017. As part of his role, he’s spearheading a unique promotion that will see one player get a Phil Ivey NFT. The NFT owner will also get 5% of Ivey’s action in the $50K WSOP Players Championship.

Non-fungible tokens have gradually been finding their way into poker over the past 12 months. In addition to blockchain-based artwork from crypto site Poker Dogs Club, mainstream operators, including Partypoker, the WSOP, and PokerGO, have all released NFTs.

Ivey himself has also backed an NFT project from Ethernity Chain. The American pro now has a second NFT project with Virtue Poker.

Known as Virtue Poker Dogs (not to be confused with Poker Dogs Club), the collection of 500 NFTs will be available for pre-purchase on June 3. Each Virtue Poker Dog costs 150 GOLD, which are reward credits with a 1:1 ratio to the USD (i.e. 1 GOLD = $1 worth of value).

Players can own up to five NFTs and they’ll be issued before the end of the summer. Along with owning a limited-edition Virtue Poker Dog, anyone who purchases an NFT will receive the following benefits:

Finally, anyone who reserves one of Virtue Poker’s NFTs before June 22 will go into a draw to win a piece of Phil Ivey.

The winner (drawn at random on June 22) will receive a special Phil Ivey Virtue Poker Dog NFT complete with a digital signature from the man himself.

Your chance to own a piece of Ivey

The winner will also get 5% of Ivey’s action in the $50K WSOP Players Championship, which gets underway on June 26. Daniel Cates won the event last year, banking just short of $1 million. If the event’s numbers are similar this year, the Ivey NFT winner could receive $50K, which would be enough for their own buy-in for next year’s Player’s Championship.

Of course, Ivey would have to go deep in the high-stakes event for that to happen.

Although he often spends the majority of the WSOP playing cash games, Ivey has been playing more tournaments since he won the WPT Heads-Up Championship in August 2021. In fact, he’s notched six top-5 finishes in super high roller events, including two outright wins, over the last 10 months.

He’s already off to a winning start at the 2022 WSOP, finishing seventh in Event #2, the $100K High Roller Bounty event. If Ivey can maintain that sort of form, the owner of his Virtue Poker Dog NFT could get a lot more than a digital token.