PokerGo jumps into the NFT game, Phil Hellmuth helps celebrate a new Chicago poker room, and a Supreme Court Justice who will get you drunk and take your money are some of the short stacks CardsChat picked up in the latest orbit of the poker world. 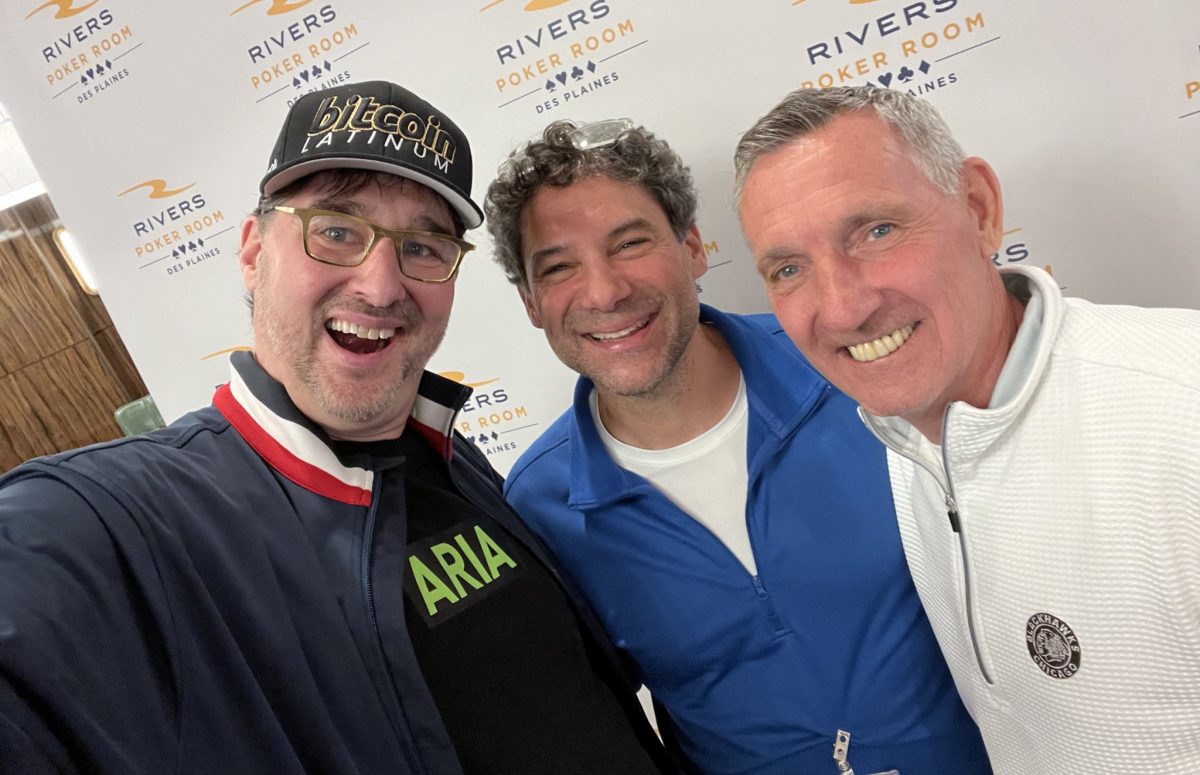 Congrats to the staff of the poker room at Rivers Des Plaines for pulling off a successful Grand Opening this past weekend. Located right near Chicago’s O’Hare Airport, players arrived early on Saturday to check out the scene, which included WSOP superstar Phil Hellmuth and NHL royalty Denis Savard.

The two Hall of Famers were on hand to celebrate the opening of the 22-table, 5,600 square-foot poker room. That includes Greg’s Room, a private VIP area named after the founder and CEO of River’s Casino, Greg Carlin (pictured above).

Hello @RiversPokerDP! Not open yet, but Friday 10 AM is official opening. “Greg’s Room” (named after Rivers Casino and $rsi Founder Greg Carlin) is nice! #POSITIVITY pic.twitter.com/SZH3FTGMg6

The new room is part of a 78,000 square-foot expansion that is nearly complete.

“In the last few years, I took up playing poker,” she said. “I’ve read books about it. I’ve watched the World Series of Poker on TV. I’ve watched better players than me play, and I’ve learned a little bit.”

She told the students she is the perfect poker host, providing food and “all the liquor they want.”

She’s hosted games since at least 2006, according to a New Yorker profile published in 2010. “Kyle Wong, a former clerk, recalled. ‘We went over and she had Scotch and all this wine and beer. We sat down at eight and then she busts out the poker, and we play Texas hold ’em until two o’clock in the morning.’”

She then sent the clerks home in cabs as, in my mind, she chugged all the floaters of Scotch they left and counted her money.

Scheinberg pleaded guilty in 2020 to Black Friday-related charges brought by the Department of Justice for running PokerStars, which was labeled an unlawful gambling business. PokerStars is now owned by Flutter.

The online poker giant 888Poker was also honored, being named the Online Poker Operator of the Year. It runs WSOP.com in the US markets of New Jersey/Nevada, Pennsylvania, and Michigan.

PokerGo and Stadium NFT are minting Non-Fungible Tokens of every possible starting hold’em hand in May. That’s 1,326 opportunities for people to buy a piece of this form of digital art.

They’re joining the WSOP and Phil Ivey in the NFT craze that allows fans and investors to own a unique piece of art. Like all NFT purchases, this one is also a bit of a gamble.

Buyers will receive an NFT of a random pair of cards. They then have the option to sweat their hand and wait a week until they know exactly what they’re holding. The more powerful and pretty a hand is, the more value it will hold and, possibly, maintain.

It’s a natural fit for the two companies to be working together. Sam Simmons, the Consulting Chief Strategy Officer of NFT Stadium, is the former CEO of PokerGo.

A mint and sale date is forthcoming. Details will be released through NFT Stadium’s Twitter feed.

We’re excited to announce that we are partnering with the world’s largest #poker content company @PokerGO for an exclusive #NFT collection! Learn more about how you can get in on the action!#TexasHoldem #NFTCommunity https://t.co/ec14CMmWDW pic.twitter.com/TovL037SOf