Poker is thriving in some expected and unexpected ways during the COVID-19 pandemic. We know online poker has experienced a mini-boom, and so too have underground poker clubs, live and online. 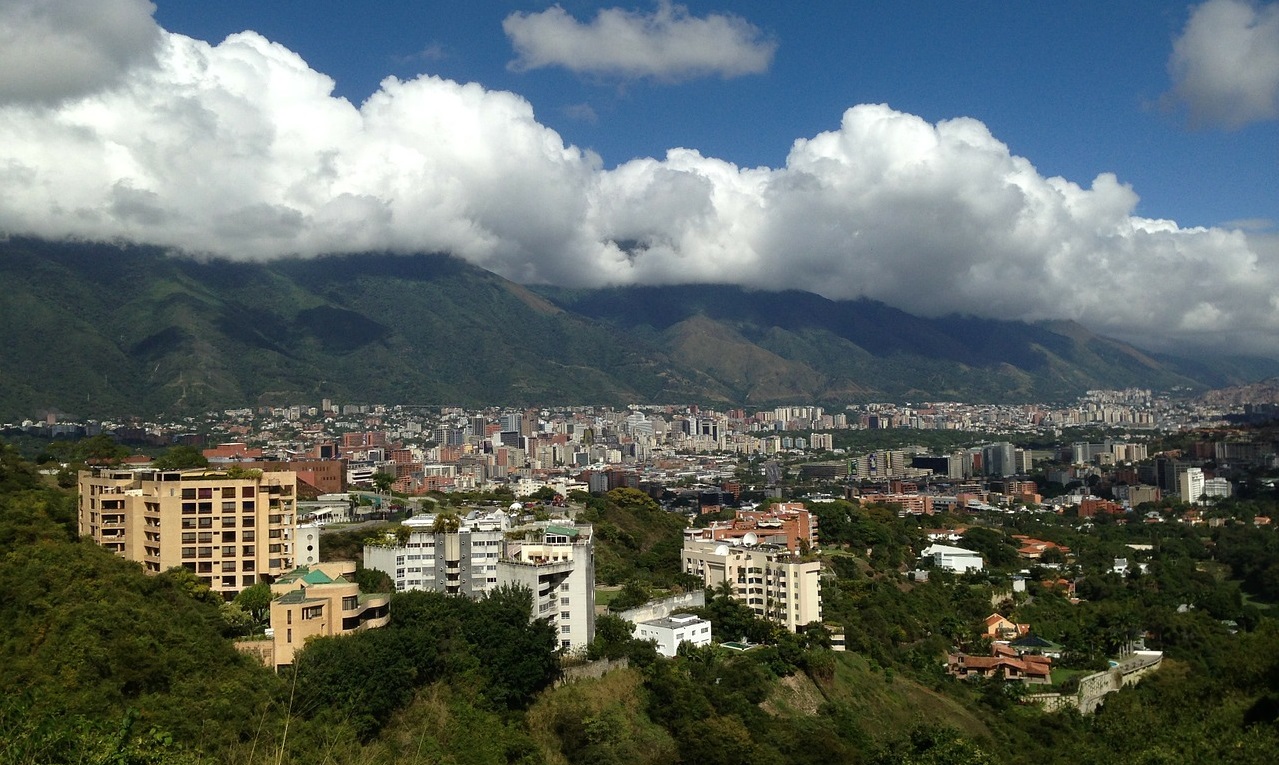 Despite a global pandemic, underground poker games are more popular than ever in the Venezuelan capital Caracas. (Image: Pixabay)

The poker industry has recognized South America’s potential for some time, with PokerStars, Partypoker, and GGPoker making moves in countries such as Brazil and Argentina for years.

A recent article by Bloomberg’s Alex Vasquez details the rise of home games in Venezuela during the pandemic. Part of the publication’s “Life in Caracas” series, the report describes how the city has become an unlikely poker hub in 2020.

According to Vasquez, more people are playing poker in Venezuela than ever before.

Gambling is legal in Venezuela, but only in five licensed casinos. And poker is little more than an afterthought in each.

Online poker isn’t legal, nor is it expressly illegal in Venezuela, as there are no licensing requirements or prohibitions. With often unreliable internet connections in the country, particularly during the pandemic when more people have been online, underground live games have sprouted up in recent months.

Their legally questionable status hasn’t stopped queues from forming outside private games in Caracas.  These new lines have  attracted the attention of local police.

Law enforcement hasn’t been breaking up games, however. On the contrary, on at least one occasion they reportedly visited the largest underground club in Caracas to make sure a prominent politician was enjoying his Omaha fix without any trouble.

The picture painted by Vasquez reflects a laissez-faire attitude toward poker. But the country’s grey market status makes it a tricky proposition for operators that must meet international regulatory obligations in other countries that frown upon activity in areas without licensing laws.

In lieu of lobbying for regulation, operators in Venezuela see the country as a viable target for marketing campaigns. GGPoker signed Brazilian poker standout Felipe Ramos in January as a way of reaching out to Latin American players.

What about social distancing and facemasks? It appears the locals aren’t too worried about that either. Venezuela has been less affected by COVID-19 than other countries. From a population of 28.8 million, 81,019 cases and 678 deaths have been recorded as of Oct. 9. 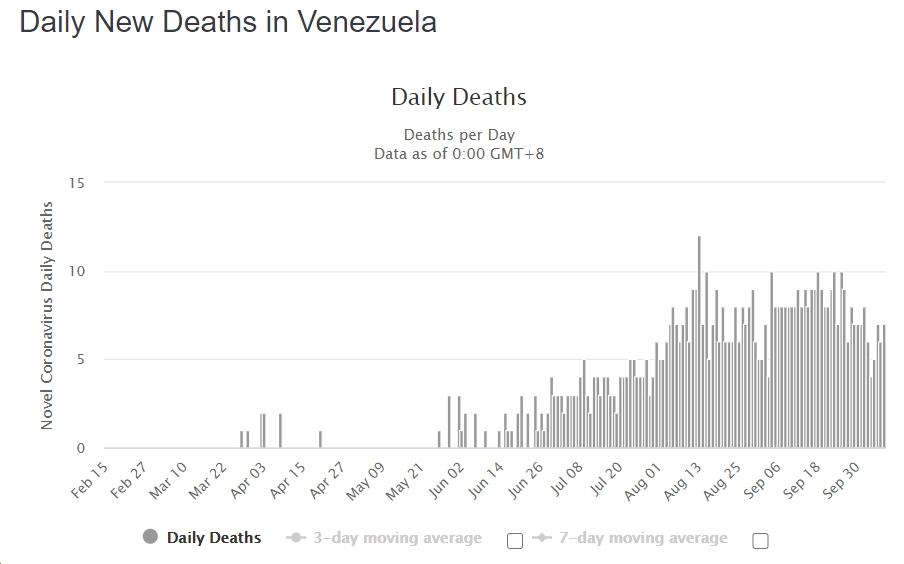 With a daily death toll in single digits, Venezuela’s COVID crisis has been significantly less impactful than it has been in other countries. (Image: Worldometers)

Global health experts were predicting a COVID-19 catastrophe in Venezuela, and suggest the numbers being reported may not be reliable. Human rights watchdogs contend a shutdown of borders with neighbors Colombia and Brazil, coupled with harsh police-state tactics have either kept people at home, or afraid to get tested lest they be sent to coronavirus detention centers.

Venezuela isn’t the only country that’s seen a rise in underground poker activity during the lockdown. Police officers in the UK were forced to break up home games during the early stages of the pandemic after one in seven Brits said they were willing to flout the rules.

There have been similar scenes of disobedience in Denmark, Argentina, and India where local movie star Shaam was arrested for hosting a home game during the lockdown.

Even with lockdowns in place and online poker booming, live games remain popular. It’s significant, however, that they’re now popular in a country that has never been regarded as a strong poker-playing nation.