Manchester United defender Marcos Rojo has hit the headlines after flouting lockdown rules and playing poker in his native Argentina. 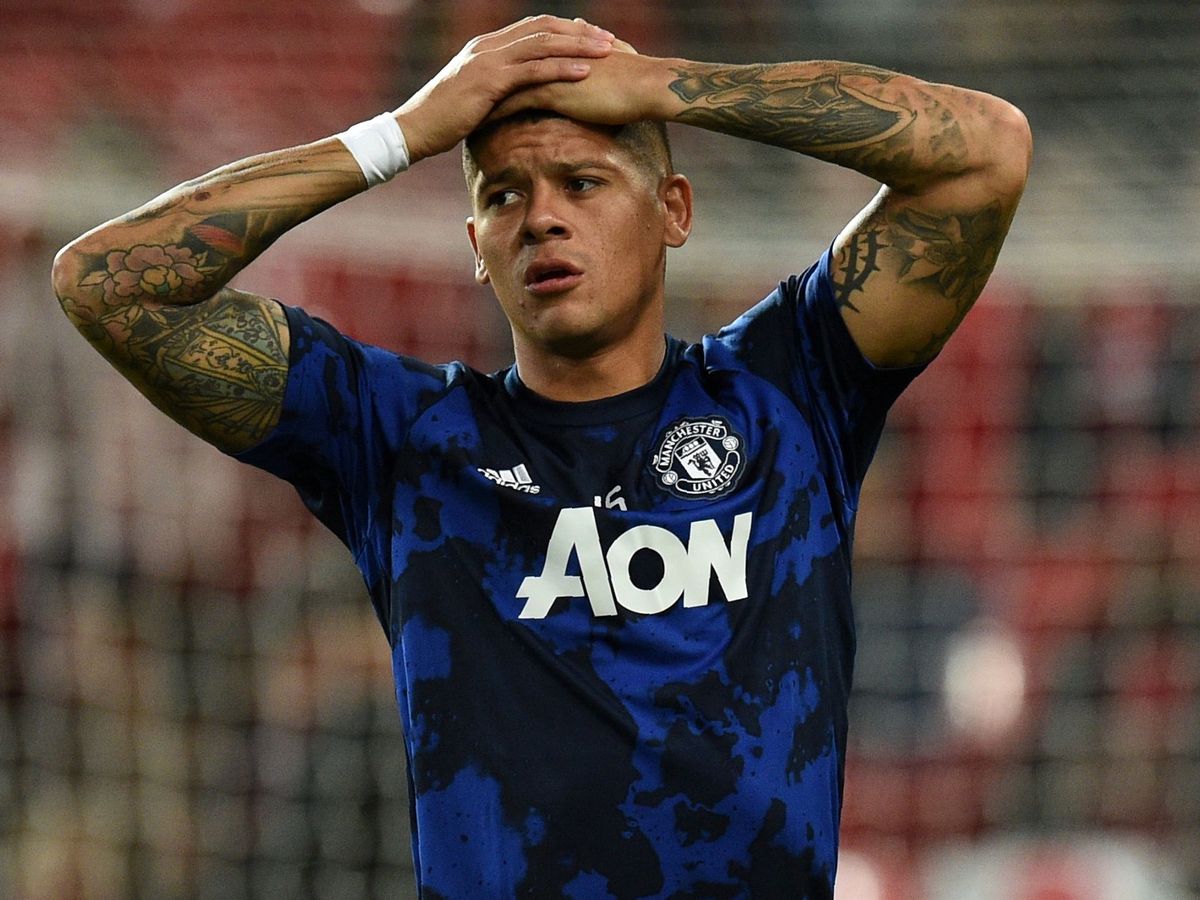 Manchester United star Marcos Rojo has been warned by his club after playing poker with friends during the coronavirus lockdown. (Image: The Irish Mirror)

The soccer star is in Buenos Aires after being sent out on loan to Estudiantes. Despite Argentina being in a state of lockdown due to coronavirus, a video of Rojo enjoying a home game has appeared online.

Posted on Twitter, the video (see below) shows the 30-year-old clearly ignoring social distancing laws during a spirited session of poker. Rojo (seen in the white hooded top) can also be smoking in the top right of the video.

Rojo is due to return to England after his loan spell at Estudiantes. However, with Argentina banning all flights until Sept. 1, he may be there longer than expected.

That could be a blessing in disguise as his recent antics may land him in hot water with Manchester United. Although the incident took place overseas, the flagrant disregard for social distancing isn’t a good look.

With 3.2 million followers on Instagram, Rojo’s actions have the potential to encourage further irresponsible behavior among his many fans.

A representative for Manchester United told mainstream media outlets in the UK that Rojo will be warned about his actions. However, he’s not the only soccer star that’s behaved badly in recent weeks.

Arsenal’s David Luiz was spotted playing soccer in a London park on April 23. In an altogether more serious incident, Aston Villa’s Jack Grealish crashed his car after leaving a party at 4am, just hours after telling his fans to stay indoors.

Poker playing soccer stars can often generate positive exposure for the game. Over the last decade, Cristiano Ronaldo, Neymar Jr, and Teddy Sheringham have all had deals with major poker operators.

The latest incident isn’t something poker will want to be associated with, and is a bad look for Rojo.

Argentina currently has strict lockdown laws in place due to the strain coronavirus has put on its healthcare system. With one of the country’s leading sportsmen seemingly unmoved by that fact, it will go down as a foul for Rojo and Manchester United.

Wow I didnt know that Argentina banned all flights till Sep. 1. This is crazy. About his behaviour It’s a shame that most famous soccer players behave like this. They are giving such a bad example to young generation.