The long-awaited heads-up battle between Phil Hellmuth and Tom Dwan went down last night and, after a few hours of back-and-forth, it was the man known as Durrrr who got the best of it. 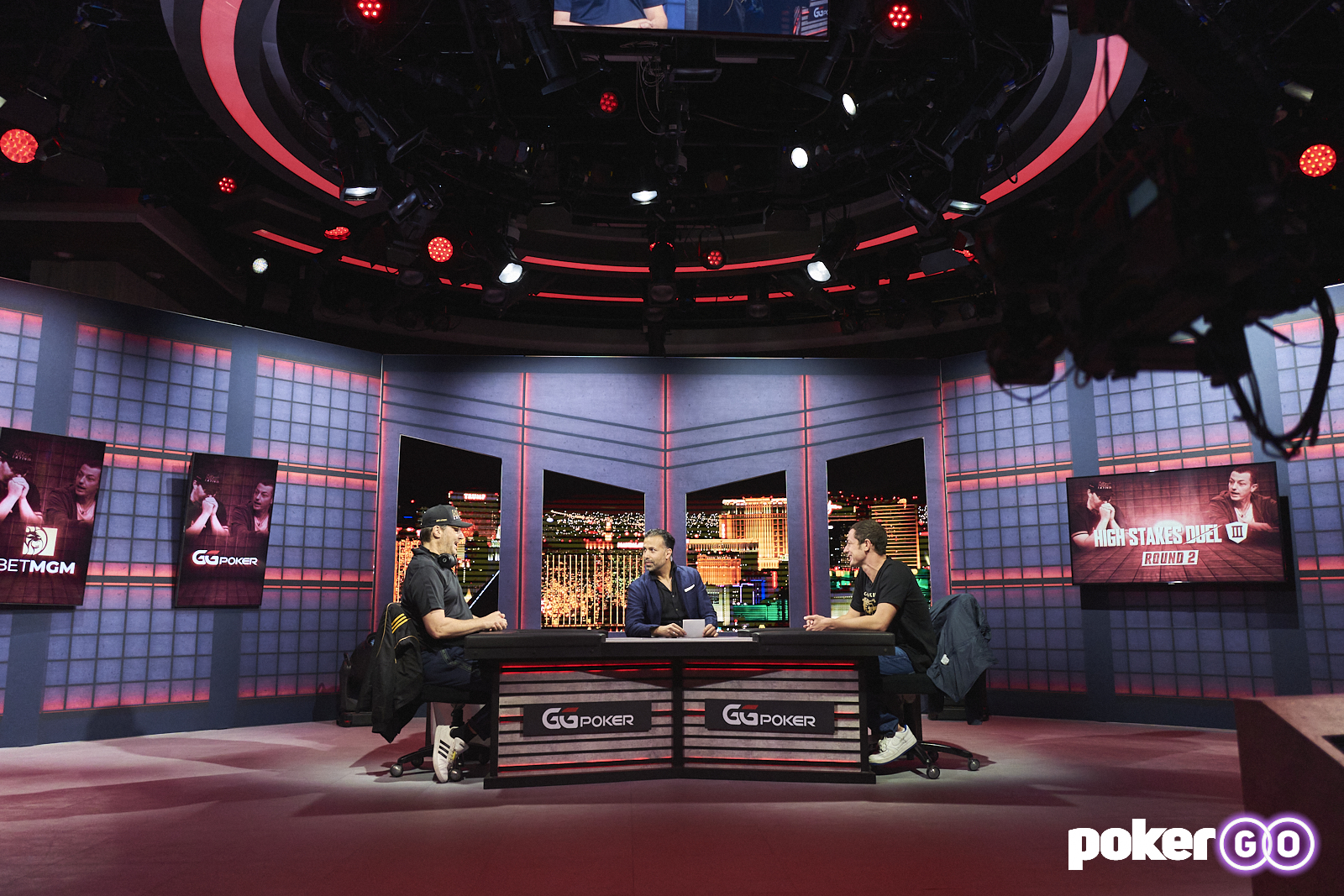 However, it was Hellmuth who took an early lead during the pregame interview. Never short of confidence, he likened himself to revolutionary thinkers of the past.

“I’m ahead of my time, or I’m delusional,” Hellmuth said during the weigh-in show.

He doubled down on his belief that he’s ahead of the curve in heads-up Hold’em, referencing Nicolaus Copernicus’ once doubted theory that the earth revolved around the sun.

That sentiment not only captured the tone of the match, but elicited a wry smile from Dwan. “Phil’s poker game is about as revolutionary as the earth going around the sun,” Dwan said in response.

Whether his allusion was apt or not, Hellmuth had every right to be confident going into his $200,000 match against Dwan. He’d already beaten Antonio Esfandiari, Daniel Negreanu, and Nick Wright in convincing fashion.

Dwan, however, was a totally different proposition. Aside from the fact he’s still regarded as one of the best high-stakes players in the world, the two players have a long history together. That history stretches back 13 years to the time Dwan sucked out on Hellmuth in the 2008 NBC Heads-Up Championships (see video below).

From the moment a young Dwan uttered the immortal line, “pick your stakes heads-up,” a lasting rivalry was formed. Hellmuth got his revenge the following year, but it would take until last night for the two to clash again in a one-on-one showdown. This time, it was Dwan who walked away victorious.

Dwan gets it done

You’ll have to log in to PokerGo to see the full showdown, but you can check out the prematch build-up and the first hour of action in the video below.

What we know is that Hellmuth took 25,000 chips from Dwan’s 100,000-chip stack by picking off a bluff with two-pair. From there it was smooth sailing for the self-styled Poker Brat. The match remained a stalemate until Level 6 when a four-flush board turned the tide. Hellmuth tried to bluff with nine-high, but ran into Dwan who held the second nut flush.

Dwan raised and Hellmuth was forced to fold. That took the latter’s stack down to 85,000 and gave Dwan the momentum. From there it was a case of right idea, wrong time for Hellmuth as his bets were met with trademark all-ins from Dwan. The good news for Hellmuth is that Dwan had some hands in those spots.

That, of course, will be little consolation to Hellmuth, as he couldn’t find a way back into the game. Eventually, as if it was written in the stars, the final hand would see Hellmuth lose with pocket aces, just as he did in 2008.

Hellmuth limped from the button with aces and Dwan checked with 9-3.  A trey on the flop was enough for Dwan to call Hellmuth’s all-in. A nine on the turn swung the advantage before a blank on the river sent the final pot to Dwan. Despite losing with aces again, Hellmuth remained relatively calm as he congratulated his opponent. With that, the match was over and Dwan was $100,000 richer. 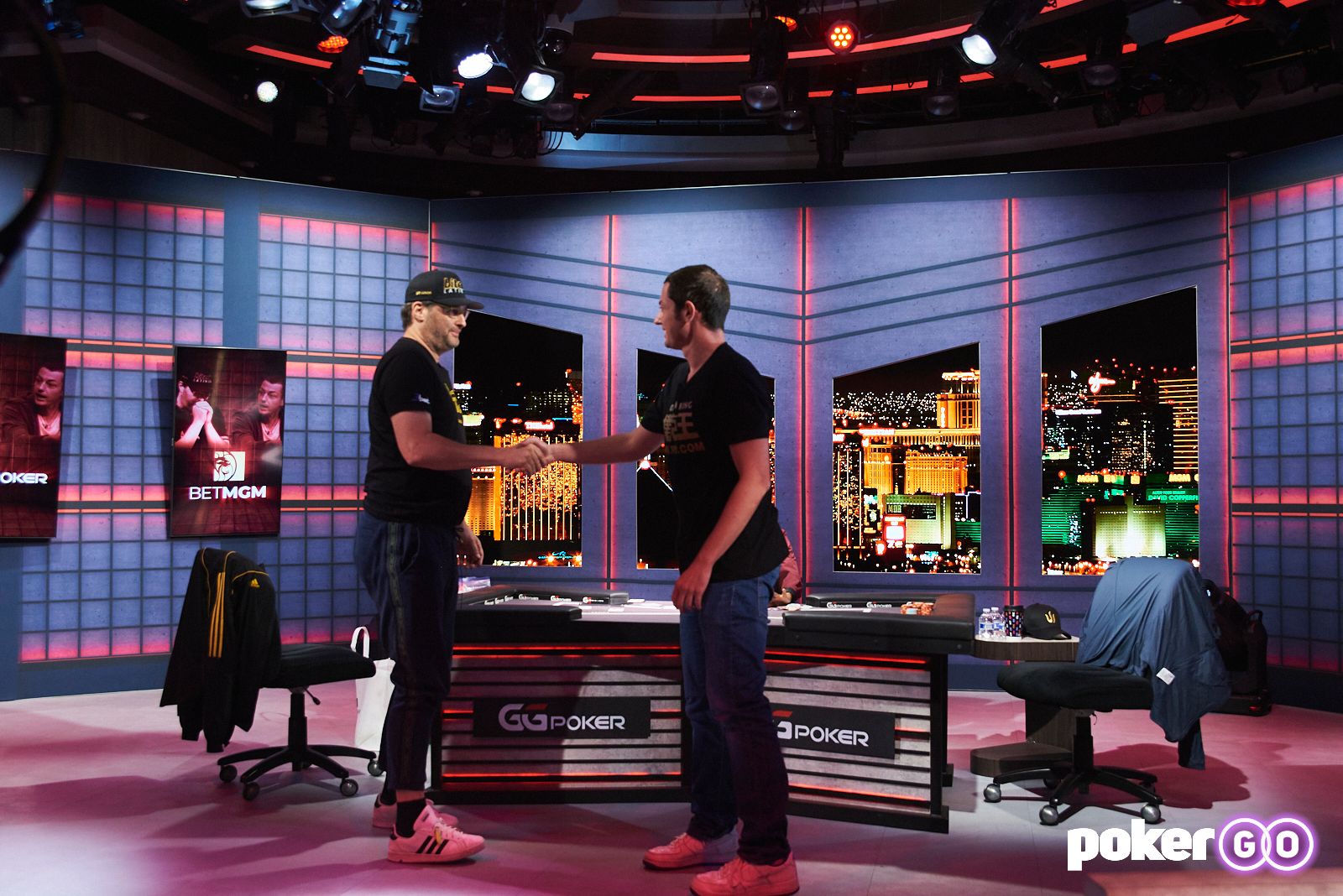 All smiles in the end as Dwan beats Hellmuth. (Image: Mark Gorman/PokerCentral)

The rules of PokerGo’s High Stakes Duel allow Hellmuth to challenge Dwan to a rematch. When asked if he’ll run it back, Hellmuth told PokerGo President Mori Eskandani that he needs to think about it. “I’m not sure if I’m going to challenge. I need to go watch the match, and then I’ll decide,” Hellmuth said.