Tom Dwan Finally Gets a Heads-Up Match Against Phil Hellmuth 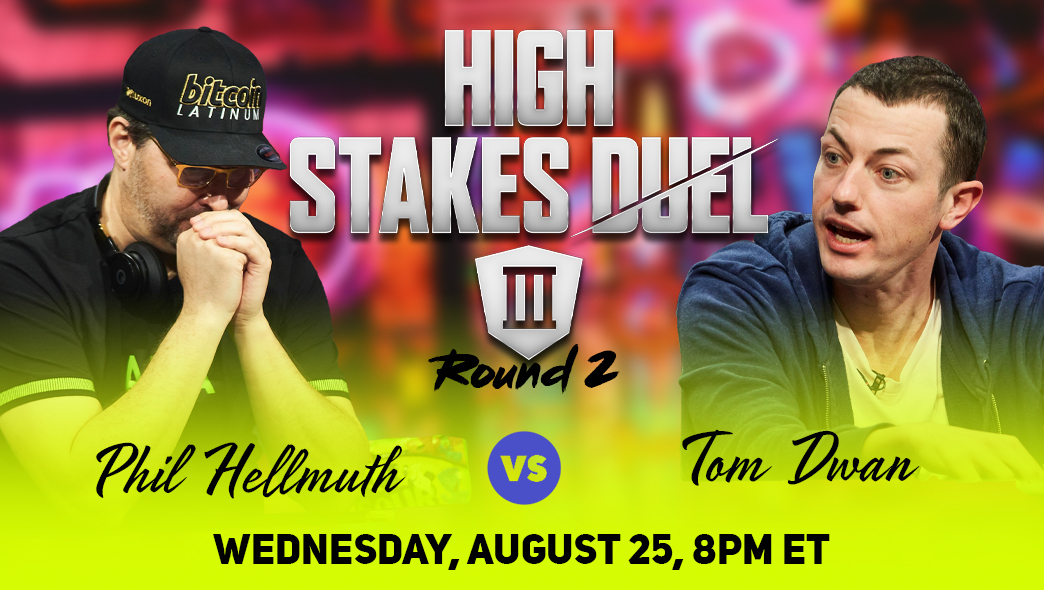 Hellmuth is 7-0 on the heads-up No-Limit Hold’em show. Three of those wins came against Antonio Esfandiari in 2020 and three were against Daniel Negreanu earlier this year. Last week, sports TV host Nick Wright became Hellmuth’s most recent victim.

In Round 1, Hellmuth and Wright bought in for $50,000 each. Days after that beating, Wright, an FS1 sports talk show host, decided he won’t challenge the 15-time WSOP bracelet winner to a rematch. Per High Stakes Duel rules, the game is still on, meaning Dwan is stepping up in relief.

In the first round of the 2008 NBC Heads-Up Poker Championship, the then up-and-coming Dwan busted Hellmuth from the tournament with pocket 10’s cracking pocket aces. Hellmuth, who still to this day can’t help himself from complaining after a bad beat, didn’t just shake Dwan’s hand and tell him “nice game.” That isn’t his style.

Instead, he melted down and attacked Dwan’s poker acumen, despite the fact he was arguably the top online poker player in the world at the time. “Son, I will tell you this much, son, I would never put more than 3,000 in with two 10’s before the flop,” Hellmuth told his opponent.

The match begins at 8 pm ET and will be available on the PokerGO app.

such a shame it’s a sit n go. this gives PH a chance lol