Tom Dwan and Phil Hellmuth will battle on High Stakes Duel on Aug. 25, but it won’t be the first time they’ve faced off in a heads-up poker game. In 2008 at the NBC Heads-Up Poker Championship, the poker icons played one of the most memorable hands in televised poker history. 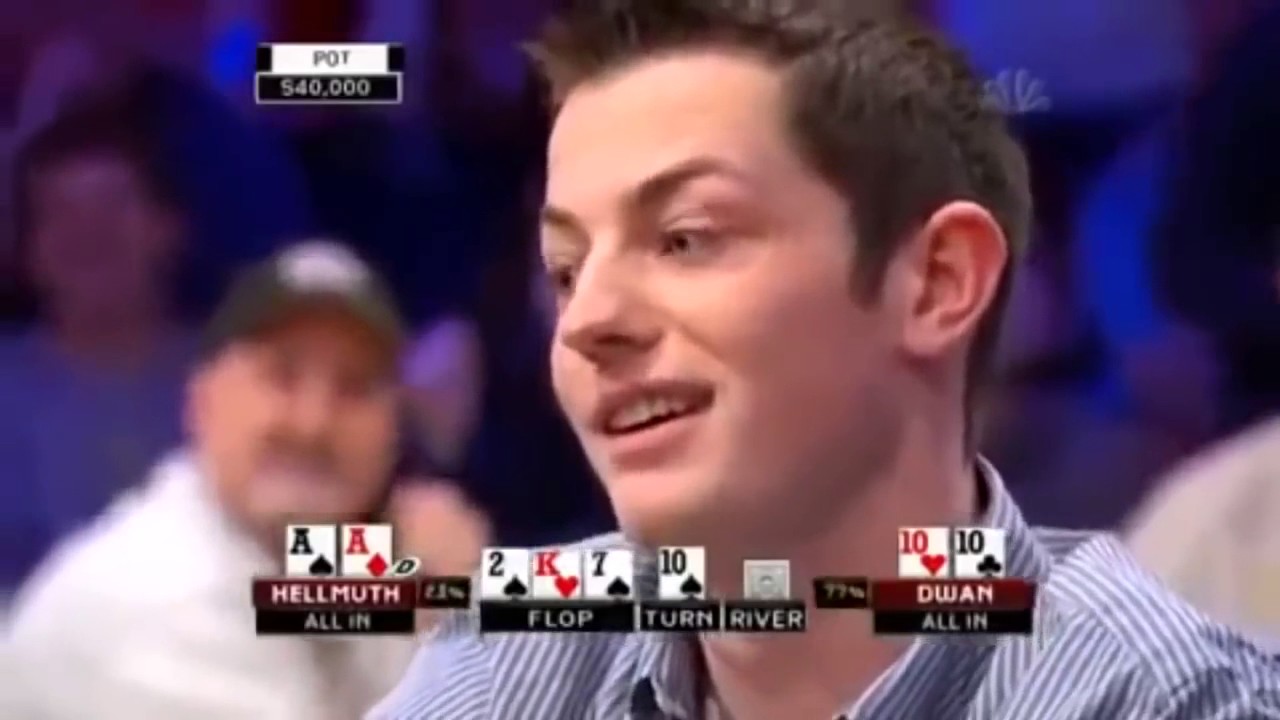 Phil Hellmuth will seek revenge against Tom Dwan for a 2008 suck-out. (Image: YouTube)

Back in 2008, Hellmuth had already established himself as a poker legend. He joined the Poker Hall of Fame the year before and was already the all-time WSOP bracelet record holder with 11 titles.

Dwan, on the other hand, was just 22 years old and was the up-and-coming hot-shot in poker. He made a name for himself the previous year under the screen name “durrrr” on Full Tilt Poker, and was known as one of the top high-stakes, heads-up players in the game.

But, when the $25,000 NBC Heads-Up Poker Championship — one of the most popular televised poker shows during that era — rolled around in February 2008, he had limited live poker experience. And the entire poker community was excited to see the young star compete on TV.

The NBC Heads-Up Poker Championship was a 64-player tournament where participants had to win six consecutive matches to be crowned champion. Hellmuth did just that in 2005 and was looking to recapture his magic again in 2008. The Poker Hall of Famer drew young Tom Dwan in the first round, a match that was featured during NBC’s broadcast.

With both players close in chips, Hellmuth picked up pocket rockets on the button and limped in for 300. Dwan, in the big blind, found pocket 10’s in the hole and raised it up to 1,100. The 1989 WSOP Main Event champ then three-bet to 3,600, which baited “durrrr” into moving all-in for 20,000. Hellmuth snap-called.

“I was going to say good game, sorry for the suck-out, but when you phrase it that way, it makes me not want to,” Dwan responded.

Hellmuth continued berating Dwan for making a standard, heads-up No-Limit Hold’em play. In heads-up, a pair as big as 10’s is tough to lay down, even against a raise. Dwan wasn’t just going to sit back and take the verbal attack from the poker legend.

One of the most hilarious poker moments ever , hard to forget , especially Phil Hellmuth’s reaction , after this unluckiness he suffered , trying to lecture Dwan that this was a bad move from his side , that he should have played 10s less aggressively . Especially his last comments about Dwan’s future in the poker game , very laughable 🙂