UCCS Mountain Lion Poker Club, at the University of Colorado Colorado Springs (UCCS), saw a gap in the school’s educational realm and decided to address it. After all, how does a young American hoping to go pro in the poker world gain the chops and experience to compete in a global field? 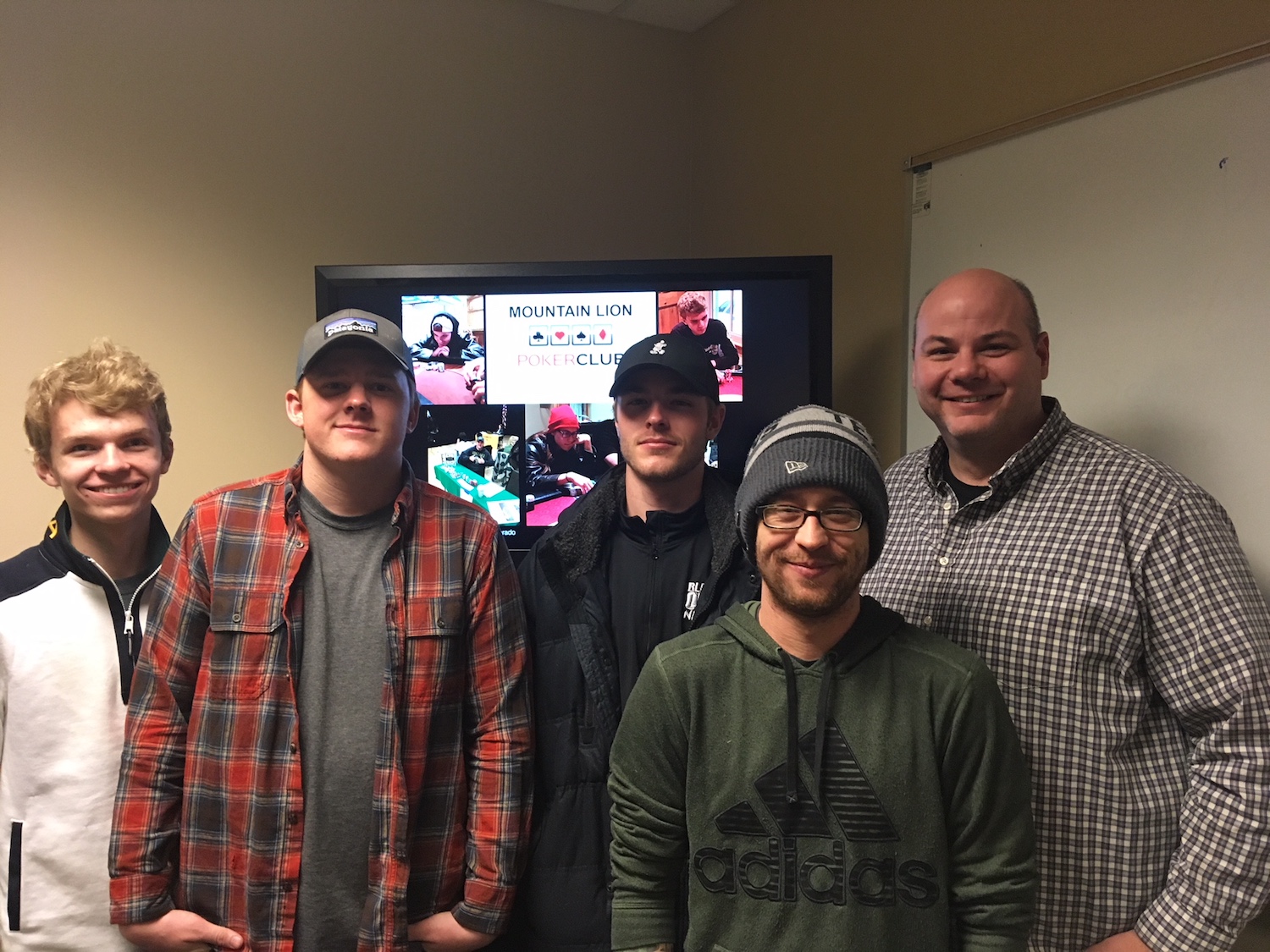 The club is one of 170 clubs to join at the school, which include groups focusing on athletics, arts & culture, and recreation. Mountain Lion was founded just last year by an adjunct faculty member and a pair of students.

The UCCS Mountain Lion Poker Club was the brainchild of Justin Cole, an adjunct faculty member at UCCS who is concentrating his dissertation on the rise of eSports and online gaming in the United States, and a pair of freshman, Kyle Collins, a business major, and Gabe Romero, an undeclared major.

The club meets every Wednesday in Columbine Hall 303 from 6-8 p.m. and then competes online every Sunday via PokerStars home games.

The group is supported by the university as long as students don’t exchange money and focuses on being an educational tool for students, with an emphasis on game theory and management. Other areas of concentration include risk aversion, expected value, investment practices, and both money and time management.

“My studies have identified the fact that other countries, where online poker is legal, offer opportunities for young adults to play as early as 18 years,” Cole told CardsChat.

“In the United States, there are only a select few states that offer gaming to this group. This makes for a difficult gap to overcome in the life and development of a poker player. Many of the students in my study are looking at poker as a career but have no venue to practice during these formative years. This was the purpose of the club,” Cole added.

Cole hopes to expand on the UCCS Mountain Lion Poker Club by joining forces with similar clubs across the country.

“I found that many colleges have clubs, but no entity that is bringing them together; perhaps to compete against other university teams,” he explained. “I want to focus on states where the legal age to gamble is 18 years, as this would more effectively capture that target audience. I hope to create the National Collegiate Poker Tour (NCPT). That is my grandiose idea, but we’ll start with the club at UCCS.” 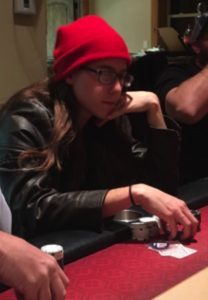 In April, the UCCS Mountain Lion Poker Club will send six players, ranging in ages from 18-43, to compete in their first major tournament. They will all compete in the $1,100 buy-in, $300K GTD MSPT Canterbury Park Main Event in Shakopee, Minnesota, one of the few states where the legal gambling age is 18.

Among those who’ll be in action are Alastair “alastaira” Armstrong, Austin “128beems” Thibaudeau, Kyle “turnintres” Collins, and Gabe “thunderkrow” Romero, who are all between 18-20 years old. Joining them will be Justin “jdcole1974” Cole, 43, and Bill “chillbill5” Pandolph, 32, who will not only serve as chaperones/coaches, but handle rental car duties as they’re the only ones of age.

“As the home base of the MSPT, Minnesota has served as a springboard for young players over the years,” said MSPT President and MN Poker Hall of Famer Bryan Mileski. “We’re excited to welcome the UCCS Mountain Lion Poker Club to Canterbury in April to see if they can hold their own against some stiff competition.”

The UCCS Mountain Lion Poker Club players will have their airfare and lodging covered by the university, but because of the school’s strict “no gambling” policy, the crew must come up with their own buy-ins. As such, they’re seeking investors on both tastystakes.com and youstake.com.

The club has proven so popular that this fall, a stand-alone course, called “Poker Theory and Analytics,” will be offered to incoming freshman. In addition to sending players to upcoming MSPT events, the Mountain Lion Poker Club plans to send members, those at least 21 years old of course, to compete in the World Series of Poker. In fact, this summer they’ll send a four-player squad to compete in the tag team event.

School could have been so cool…..
This is a great idea. I would love to have a BSc in Poker! I like the way they have to work around a maze of laws and send chaperones who are old enough to rent cars.

if poker is considered as a career then schools and college are needed. for me poker is a hobby and I only play poker that I can. maybe if I had such a school in my country I entered the school