Anyone in New Jersey and Michigan who can’t make it to the PokerStars Players Championship (PSPC) can still be part of the action thanks to a $2.5 million online series. 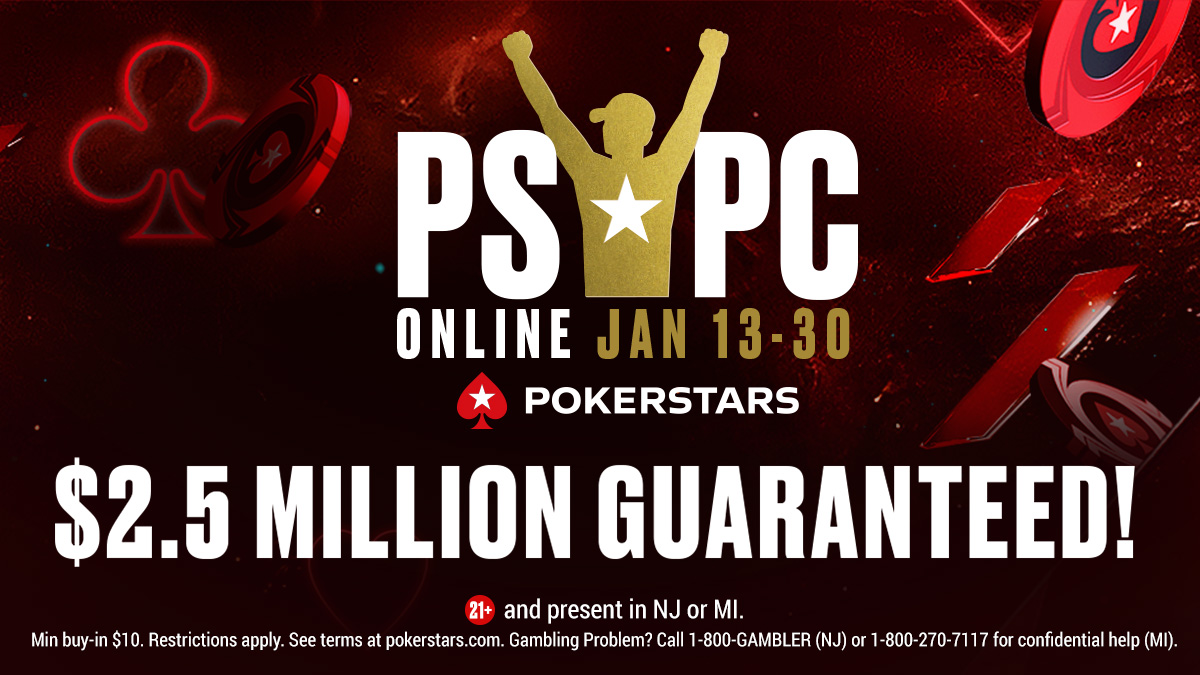 Poker players in New Jersey, Michigan, and Pennsylvania can take part in an online version of the PokerStars Players Championship. (Image: PokerStars)

The series, known as PSPC Online, takes inspiration from its live counterpart, which takes place in the Bahamas at the end of January.

As well as being a digital tribute to PokerStars’ flagship live event, PSPC Online is the first time players in New Jersey and Michigan can play a tournament series together.

PokerStars merged its playerpools in New Jersey and Michigan on January 1, 2023. The initial surge of activity inspired the tournament team at PokerStars US to innovate. True to form, the call for action was answered and a new series was born.

“We’re excited to bring players our first multi-state online series and our largest online series to date in the US,” said PokerStars US Managing Director, Severin Rasset.

The PSPC Online will feature a $2.5 million guarantee spread across 85 MTTs. The action gets underway on January 13 and concludes on January 30. According to Rasset, it’s a chance for online players to “join in the Bahamian fun of the PSPC.”

The online series has a $250 main event with a $300,000 guarantee. And, like the PSPC in the Bahamas, there will be plenty of additional events for players in New Jersey and Michigan.

Players in New Jersey and Michigan will benefit from their newly merged playerpools, but the tournament team at PokerStars HQ hasn’t forgotten about customers in Pennsylvania. A PSPC Online for players in the Keystone State will run alongside its NJ/MI counterpart.

Something for everyone in January

Players aged 21+ in all three states can buy directly into PSPC Online events or qualify via satellites starting at $1. Alternatively, anyone who wants to have fun in the sun can jump on a flight and ante up in the Bahamas.

The PokerStars Caribbean Adventure (PCA) kicks off on January 22 with a $100,000 super high roller. That tournament sets the tone for two weeks of high-quality poker action in the Bahamian resort of Baha Mar.

The $25,000 PokerStars Players Championship headlines the PCA. Players from around the world, including Platinum Pass winners from Europe and North America, will be vying for the $5 million+ top prize.

For those unable to make the trip, there are plenty of online alternatives. Poker players with access to PokerStars.com can take part in the $40 million New Year Series. For poker players in New Jersey, Michigan, and Pennsylvania, PSPC Online has at least $2.5 million up for grabs.