Nick Wright Throws in the Towel, Won’t Challenge Phil Hellmuth to a Rematch

Two days following his High Stakes Duel loss, Nick Wright made his decision about a potential rematch against Phil Hellmuth: there won’t be one. The sports television personality will, instead, return to his main gig as a co-host on FS1’s First Things First. 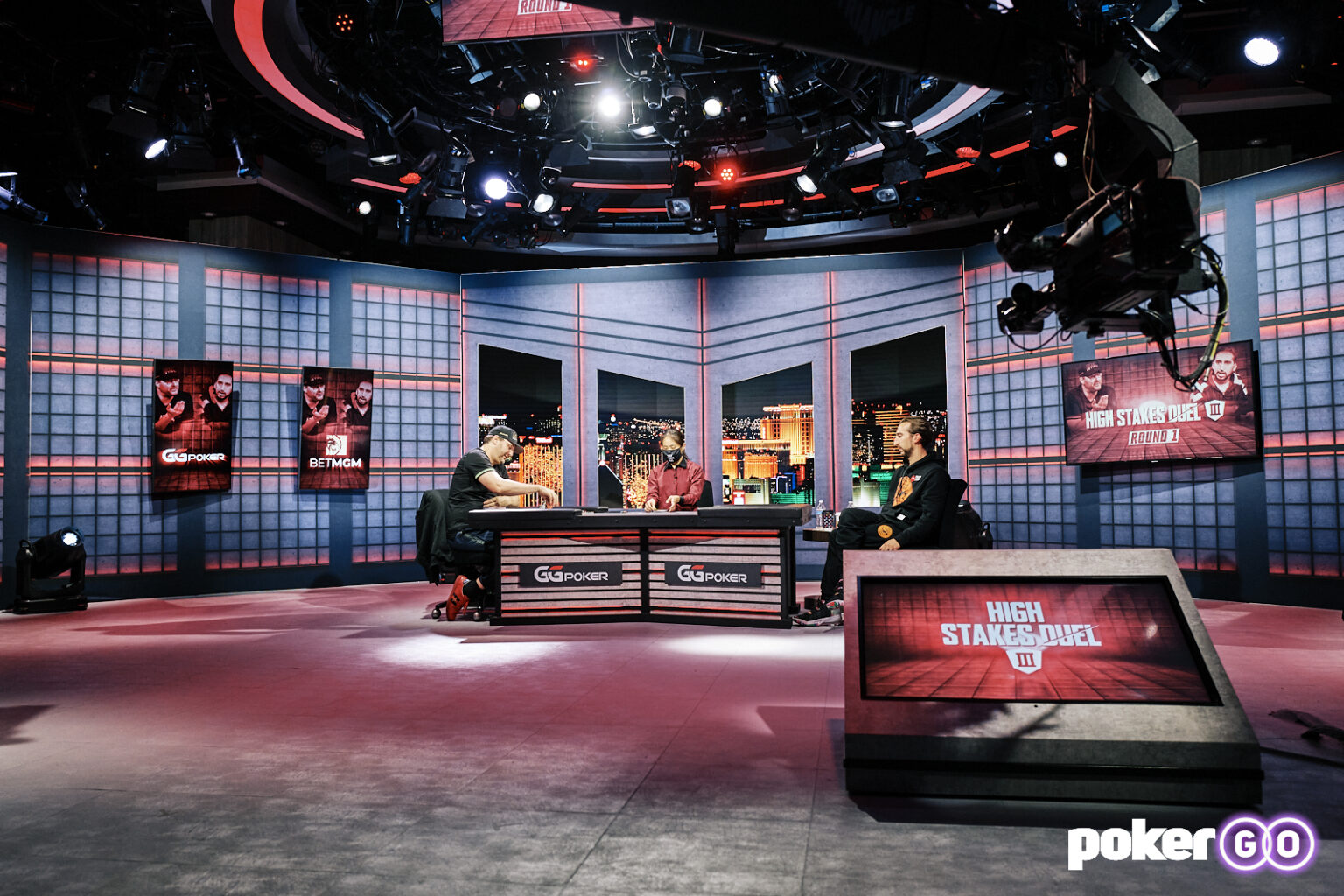 There won’t be a Round 2 between Nick Wright and Phil Hellmuth. (Image: PokerGO)

Wednesday’s $50,000 buy-in, heads-up battle on the PokerGO app was more competitive than some anticipated. Wright, an amateur poker player, went toe-to-toe against a 15-time WSOP bracelet winner and one of the game’s all-time greats. He even held the lead for the better part of the first two hours. In the end, however, the bratty poker legend was a bit too much for the recreational player.

Hellmuth moved to 7-0 on High Stakes Duel — the first three wins against Antonio Esfandiari in 2020 followed by three more versus Daniel Negreanu earlier this year. Per the rules of the show, the losing player has 72 hours to request a rematch or to call it quits.

In his postgame interview, Wright told PokerGO’s Jeff Platt that he wasn’t sure if he’d come back for Round 2. If he were to challenge the Poker Hall of Famer to another match, the sports talk show host would be on the hook for another $100,000 — and then $200,000 more for Round 3, if he were to try again after losing Round 2.

Prior to the first match, Wright expressed confidence that he could pull off the upset. He even told Hellmuth during the match that he felt he’d be a tougher opponent than Negreanu. But a few hours before the 72-hour decision period ran out, Wright determined he couldn’t continue on High Stakes Duel.

My announcement on if I’m re-challenging @phil_hellmuth for the 200K Round 2 of #HighStakesDuel3 on @PokerGO pic.twitter.com/tCPYmgkclo

“I feel like I really blew it with some poor play in the middle,” Wright said of his performance against Hellmuth in a two-minute Twitter video. “I don’t know if it was fatigue or lack of experience or whatever. But I had a plan, I was executing it and I strayed from it.”

Moments later, the former sports radio host revealed his decision. “So, the question is, after losing that $50,000, am I going to wrangle up another $100,000 to face him again? And, regrettably, the answer to that question is no.”

Wright went on to thank the PokerGO community for allowing him to enter the poker world. He’ll appear on a future Poker After Dark episode along with Hellmuth. That game was filmed prior to High Stakes Duel, but has yet to air on PokerGO.

With Wright out of the way, Hellmuth will likely get his wish, which is to face a prominent poker pro instead of an amateur. Following Wednesday’s Round 1 match, the former world champion admitted he’d prefer if his opponent declined a rematch as he feels he could “lose some legacy points” if he were to lose to an amateur.

So, that begs the question, who will he face next on High Stakes Duel? The answer to that question will likely be revealed in an upcoming No Gamble No Future podcast, which has been the standard procedure. The seat is open for as long as 30 days while a new player is locked in.

Most anticipate the next challenger will be either Phil Ivey or Tom Dwan, both of whom have been waiting in the wings to get a piece of Hellmuth. Dwan was originally bumped by PokerGO in favor of Negreanu, and then a second time for Wright.

Phil Hellmuth is a big pro player, a legend, but I think his time is over, he can´t bring a new stuff in this game, he is an old school player.