PokerStars, Women Who Code Strive for Equality Away from the Table

PokerStars has partnered with Women Who Code in an effort to bring more females into the game. The partnership will show women that there are opportunities in the industry beyond the poker table. 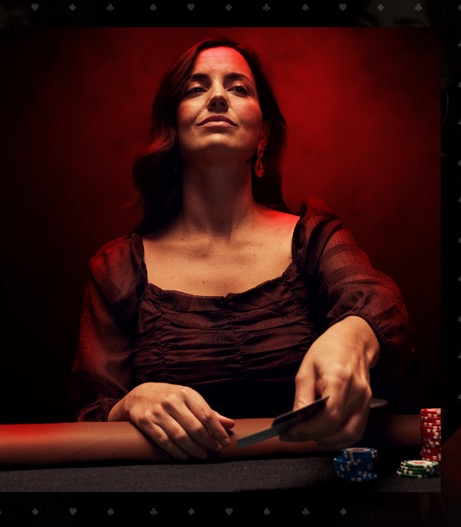 PokerStars is partnering with Women Who Code in an effort to get more females into the tech side of the industry. (Image: PokerStars)

PokerStars has long been a champion of women in poker. In addition to sponsoring many of the game’s top female players over the years, including Vanessa Selbst and Liv Boeree, the site hosts women-only MTTs. It will now build on these efforts and show women that cards aren’t the only way into the poker industry. Alongside Women Who Code, PokerStars is aiming to increase female representation within the tech sector.

PokerStars’ Rebecca McAdam Willetts said the goal is to create a world where women are proportionally represented at all levels, from executives to software engineers. The partnership will see PokerStars branding attached to Women Who Code’s newsletters and social media posts. There will also be blog posts dedicated to the opportunities for women at PokerStars, and in poker in general. Finally, PokerStars will participate in events hosted by Women Who Code.

PokerStars is the first gambling company to partner with Women Who Code, but it’s not the only major corporation supporting the organization’s efforts. In 2021 alone, Women Who Code worked to create new opportunities in tech partnered with Home Depot, IONOS, and Arch Capital, among others.

PokerStars will join this list and raise awareness within poker and the gambling industry at large.

The number of women in poker has been steadily increasing over the last decade. Organizations such as the Poker League of Nations and Poker Power have created safe spaces where females can learn the game. The success of pros such as Vanessa Kade has also inspired more women to ante up.

Even though the situation for women in poker is improving, things are far from perfect. A 2020 survey by 888 found that 45% of women who play poker have felt intimated by men at the table.

Kade, among others, has personal experience with this side of poker, as she was subject to abuse on social media earlier this year. CardsChat spoke to Kade recently and she told us that it’s “plainly obvious” more needs to be done to stop “targeted harassment” of women in poker.

While the situation for women in poker has improved in recent years, there’s recognition that more must be done until some sort of parity is reached for women both at — and away — from the table. With its new partnership with Women Who Code, PokerStars is looking to move the needle by getting more females into the tech side of the industry.

This is really cool news!
I am a professional coding woman for over 10 years and even longer I play poker.
Actually, I started to play poker during my studies in computer science. 🙂
Thank you for the hint, I think, I will register on this website.