Almost 50 percent of women surveyed in the UK have played poker, but nearly a third are discouraged from playing because of men. That’s according to a new survey conducted by 888 Holdings which suggests that some women in poker are increasingly conscious of playing against men. 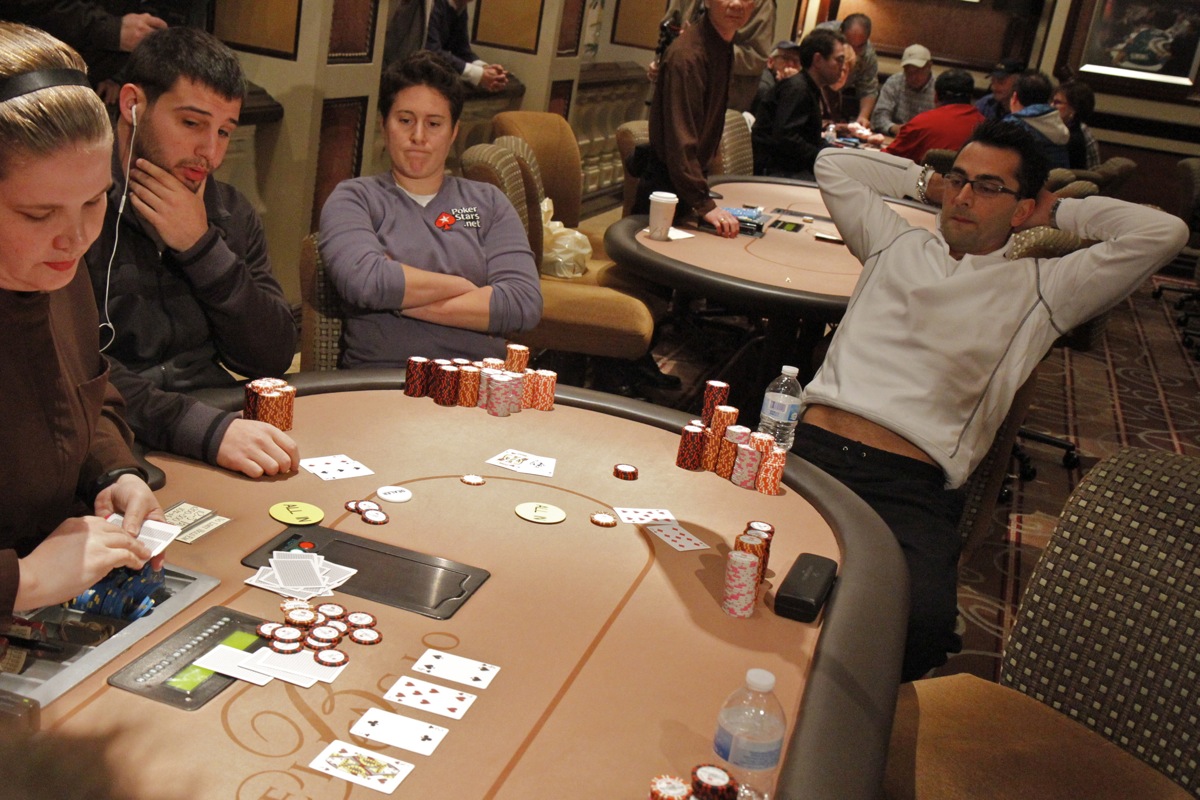 Despite the successful players like Vanessa Selbst, a new survey shows that women feel intimidated at the poker table. (Image: World Poker Tour)

The online operator surveyed 2,000 women in the UK about their perceptions of — and experiences in — poker. After collating the responses, the results make for somber reading for those in the industry.

Women Enjoy Poker, but Only in Certain Settings

Of those asked, 44 percent said they’ve played poker at least once in their life. 81 percent of women that have played said they enjoyed it, but only 16 percent play at least once per week.

Some of the most interesting survey findings focused on the image of poker in the UK. According to the survey, 68 percent of women feel that poker is a male-dominated game.

In practice, the facts support this idea. In 2018, just 3.8 percent of the World Series of Poker (WSOP) Main Event field was made up of women. Last year, the number of females in the Main Event increased to 350/8,569 players (4.1 percent).

Although things are improving, parity is a long way from becoming a reality. In fact, if 888’s research is representative of all women, it suggests that we may never see an equal number of men and women at the table.

Delving further into the findings, 45 percent of women surveyed said they feel more comfortable playing poker with friends. Moreover, 47 percent agree that casinos are intimidating places from a female perspective.

These stats are coupled with the fact that 45 percent of women said they’ve felt intimidated at the poker table by men. This prompted 32 percent of those asked to say they’re less inclined to play because of their gender.

We know that women can thrive in poker. Vanessa Selbst, Liv Boeree, and Kristen Bicknell are just three femme fatales at the felt. However, among casual poker fans, the latest research suggests that the perceived barriers to entry are still high.

Perceptions Need to Change for Women in Poker

There are efforts to bring more women into the game among industry insiders. Advocates such as Lena Evans have created communities where women in poker can learn, interact, and inspire each other.

But, in the UK at least, casinos and poker rooms also have to change. Along with making games more appealing, venues need to take a hard line against potentially intimidating behavior.

When asked about the behaviors they find intimidating in male-dominated settings, 55 percent of women pointed to sexism. A further 51 percent noted verbal aggression as a source of intimidation, while loud behavior accounted for 42 percent of the negative impressions of pubs, casinos, and soccer stadiums.

The survey is by no means a reflection of all women in poker or, indeed, men. The vast majority of males would welcome women to the table, if asked.

Still, perception is often more powerful than reality. For more women to fall in love with poker, everyone needs to work on the game’s image.

There’s no doubt the industry has come a long way since the days of road gamblers and smoke-filled backrooms. But, at least in some people’s opinion, there’s a long way to go before poker is seen as a welcoming environment for everyone.

This article feels like it contradicts itself.
It says that if you listen to women, we tell you there is a significant amount of harassment and intimidation happening which goes unchecked by dealers (just scroll through any of these Women’s groups you mention to find dozens of posts about people being awful to women, with no one intervening, and then dozens more replies to each of those with other women sharing similar experiences.
After acknowledging it’s an issue the article then goes on to basically dismiss its own point by saying it’s just perception? I don’t understand.
I’ve illustrated it similarly before, but if a woman plays with 20 different players in one session, it only takes *one*, or 5% of the poker population to be vocally sexist and aggressive in order to make a massive impact on her that can ruin her night or poker for her altogether. In other words, it could be true that 95% of people are kind and welcoming, but from her perspective in this scenario it would only take 5% of the player pool to have her effectively run into it every session.
This is a problem of a small minority being absolutely horrible and the dealers (I’m told for fear of loss of tips) and house (when not informed by the dealer) not putting a stop to it.
From what I can tell this also happens more in lower stakes than higher stakes, meaning the first kinds of games new female players are likely to experience.
For me, the main takeaway is, as you mentioned it had casinos need to do a better job taking a stand against this.

I always was asking myself why so low rate of women are playing poker. My favourite female poker player is Jennifer Harman. I think there is no sexism in poker. Sport games like football, ice hockey and others are probably have this problem but poker is totally different game where everyone is equal

So there’s no sexism in poker because you’ve never experienced it? Well that’s a shitty view!