Poker Power, one of the leading advocates for women in poker, has tweaked its name in an effort to become an inclusive organization that’s open to everyone. 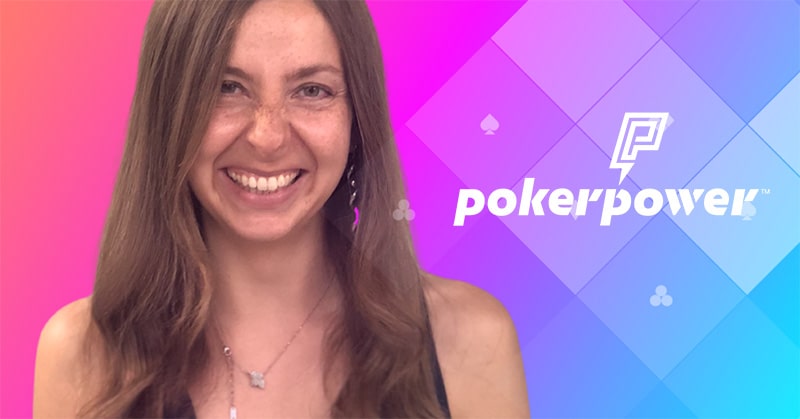 Poker Power has dropped the H in its name to streamline its branding and promote inclusivity. (Image: Poker Power)

Eagle-eyed observers may have noticed that the organization recently dropped the “H” from its name. CardsChat spotted the change last week and reached out to Poker Power to ask why.

General Manager Erin Lydon told us that the change from Poker Powher to Poker Power was the result of feedback from the community.

Poker Power Open to All Pronouns

Since the organization was founded in 2019, the aim has been to teach business, workplace, and life skills through poker. Dropping the “H” is a sign of Poker Power’s desire to teach its skills to all women, including those who identify themselves using alternative pronouns.

“With our community’s support, we dropped the H in our original name to signal we are inclusive and do not want to unintentionally exclude any students who identify via other pronouns instead of her,” Lydon told CardsChat.

The change will also allow Poker Power to get its message out to as many people as possible in a more effective way. “Our new name also removes any hurdles some may have had with misspellings or mispronunciations,” Lydon continued.

Despite changing the name, Lydon’s mission remains the same: to teach women how to play poker in a safe, inclusive way.

One of the organization’s recent innovations was a partnership with Northwestern University’s Kellogg School of Management. CardsChat spoke to Gail Berger, a clinical associate professor at Northwestern, about the joint venture.

The six-week, extracurricular course saw 99 women learn more about business through a combination of poker theory and practice. The free-play poker sessions provided a tangible foundation for important business concepts. What’s more, the sessions stood as poker lessons in their own right.

The course was so popular that Kellogg is offering it again in January 2022, but this time, as part of its Executive MBA program. This collaboration exemplifies Poker Power’s goal of empowering women, regardless of its name.

“With ‘H’ in our name or not, we remain committed to empowering those in our community through learning and practicing the game of poker as we know it’s truly a game-changer,” Lydon said.

With its newly streamlined name, Poker Power will be embarking on more collaborations and initiatives in the coming months. In addition to pivoting to a “virtual curriculum model” during the pandemic, the organization partnered with more than 50 corporate and academic entities.

Lydon expects the number of women helped by Poker Power to exceed 10,000 by the end of 2021. If that target is achieved, the organization will have made its mark in almost every US state, and in 20 countries around the world.

Poker Power will also be at this year’s WSOP in Las Vegas. They’ll have a booth at the Rio and representatives will be on hand to meet with players and explain what they do. Members of Team Poker Power, including Xuan Liu, Maria Konnikova, and Jennifer Shahade, will all be playing at the 2021 WSOP.