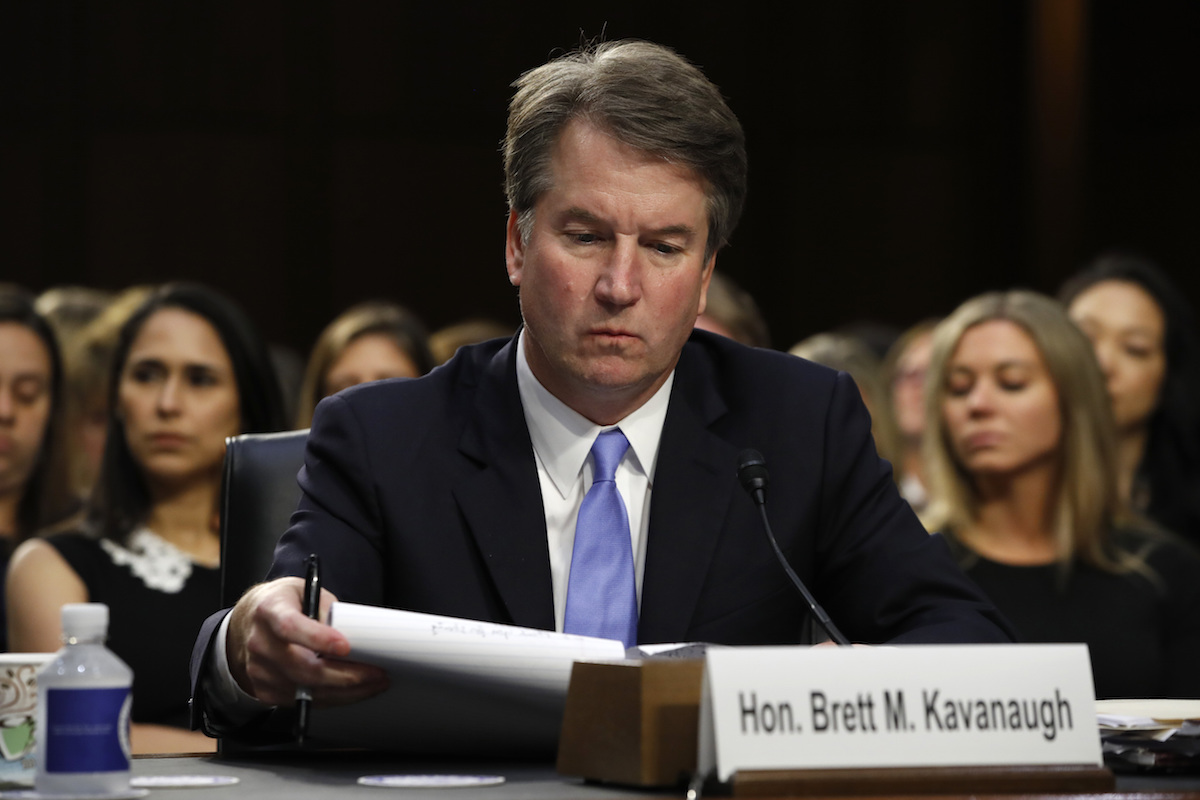 Brett Kavanaugh dismissed implications about having considers his answer about his poker playing habits in his Senate confirmation hearings. (Source: PolitiFact)

Trump’s selection for the Supreme Court is being put through the paces this week as the committee decides whether or not he’s worthy of sitting on the highest bench in the country. If the Judiciary Committee approves of Kavanaugh, they’ll recommend his nomination be put to a floor vote by the entire Senate.

One senator in particular appears less interested in Kavanaugh’s experience and politics and more eager to hear about his history with gambling. Sen. Sheldon Whitehouse (D-R.I.) submitted a series of questions concerning an 2001 email where Kavanaugh acknowledges taking part, and losing his cool, after a tough session at the craps tables.

“Apologies to all for missing Friday (good excuse), and growing aggressive after blowing still another game of dice (don’t recall),” Kavanaugh writes in the publicly disclosed email.

That prompted the senator to dig deeper, not only into Kavanaugh’s bone rolling, but also his propensity for poker.

On Wednesday, Kavanaugh was required to respond to a series of questions submitted by Whitehouse.

“Do you play in a regular or periodic poker game? If yes, please list the dates, participants, location/venue, and amounts won/lost,” asked the Senator.

Kavanaugh confirmed that he likes to turn a few cards but wouldn’t fill them in on any of the details.

“Like many Americans, I have occasionally played poker or other games with friends and colleagues,” he responded. “I do not document the details of those casual games.”

Several news outlets have reported that the judge plays poker at an exclusive country club, and there is a question of whether or not it relates to Kavanaugh’s having racked up $60,000 to $200,000 worth of debt, as he reported for 2016.

“Have you ever gambled or accrued debt in the State of New Jersey?” asked the senator.

Kavanaugh responded by saying that he recalls “occasionally visiting casinos in New Jersey when I was in school.” But he says he only played low-stakes blackjack and never rang up debts.

The nominee was also asked whether he had ever sought treatment for gambling addiction, to which he responded with a curt “no.”

As for the six-figure debt, the Trump nominee put it down to home improvements and season tickets to the Washington Nationals baseball team.

Of course, judges playing poker is nothing new or scandalous in the US. We rarely hear the details, but the famous judges scene in the movie Rounders wasn’t pure fiction. Former Supreme Court Justice Antonin Scalia was also unapologetic for playing in a monthly poker game.

Several key rulings over the years have shown that judges in the US are certainly more poker friendly than their colleagues abroad.

In 2009, a Pennsylvania judge ruled that Texas Hold’em is “a game where skill predominates over chance.”

A New York judge came to the same conclusion in 2012, throwing out a conviction against a man who ran a poker room, saying that it didn’t constitute a gambling business.

Judges in other parts of the world haven’t been so poker friendly. A Dutch judge disagreed with the findings above, ruling in 2016 that there is no skill in poker.

Meanwhile, the legality of poker suffered a major blow in India earlier this year, when a judge there declared that the great American card game was nothing more than “pure chance.”

he’s one of us

I’d love to sit in on his country club game. Wowza!