WSOP bracelets have been won online, records have been broken in Europe, and players from around the world have banked life-changing prizes this week. New Zealand’s David Yan leads the way with a momentous performance in the WSOP edition of GGPoker’s Super Millions$. Also making his mark on the game by beating a mammoth field in Cyprus was Germany’s Hannes Jeschke. To see how they emerged victorious, as well as other standout performances, scroll down for CardsChat’s Big Winners of the Week ending Sunday, Sept. 4. 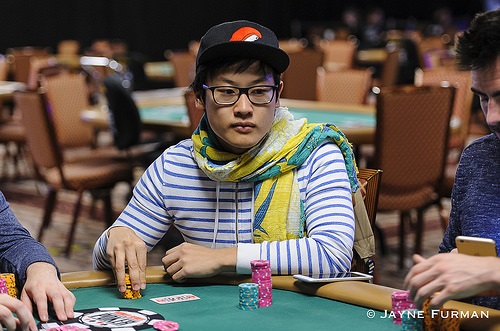 Upswing Poker coach and long-time pro Yan put together one of his best performances last Tuesday to beat a stacked field in the WSOP Online’s $10K high roller. The man known online as MissOracle wasn’t just playing for prize money, he was vying to become only the second player from New Zealand to win a bracelet. The former Supernova Elite has tasted success on the big stage before, winning the 2017 EPT Malta high roller. He also won a WSOP Circuit ring in 2016, but he’d never won a bracelet until last week. That incentive was enough to propel him past the likes of David Peters and into the winner’s circle where he claimed his first WSOP bracelet and just short of $1 million. 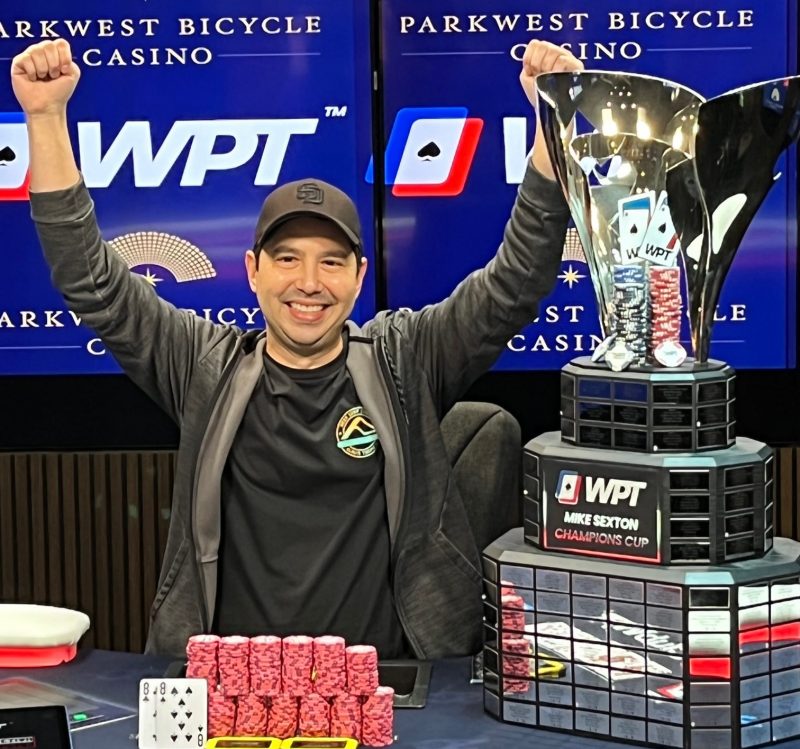 For the first time since 2019, the WPT was back in the great state of California and, last week, it was a familiar face who made the final table of this event for a second time. This time, however, Pollock got the win. In 2011, Pollock held the chip lead in this event with four left, but he eventually busted in fourth. He said that result was big motivation this time around, as he defeated a final table that included Ray Qartomy (second), Matthew Wantman (third), and Adam Hendrix (sixth). The event was back up to a $5,250 buy-in, after previously being down to $3,700, and a field of 642 players created a total prize pool of $3,113,700. 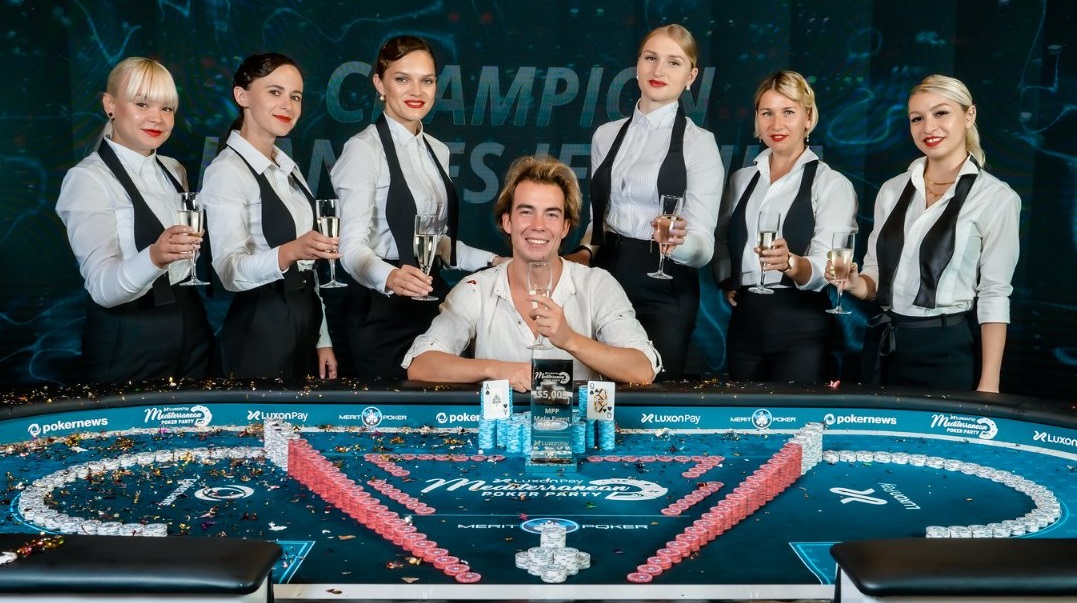 It took six days of fun in the sun, but Jeschke eventually got it done at the Mediterranean Poker Party. The German pro, who now lives in France, battled his way through a field of 1,032 entrants in the $5,300 main event. Topping a record-setting field on the Merit Poker series was never going to be easy, but it was even harder for Jeschke because he was up against a man in form on Sunday’s final table. Arsenii Karmatskii won the festival’s $2,200 warm-up event just a few days earlier on Aug. 29. That victory was good for $310K and gave Karmatskii a lot of confidence heading into the main event. However, he fell one place short of winning thanks to Jeschke. Despite that, Karmatskii still banked another $471K, while the winner, Jeschke, claimed a career-best payday. 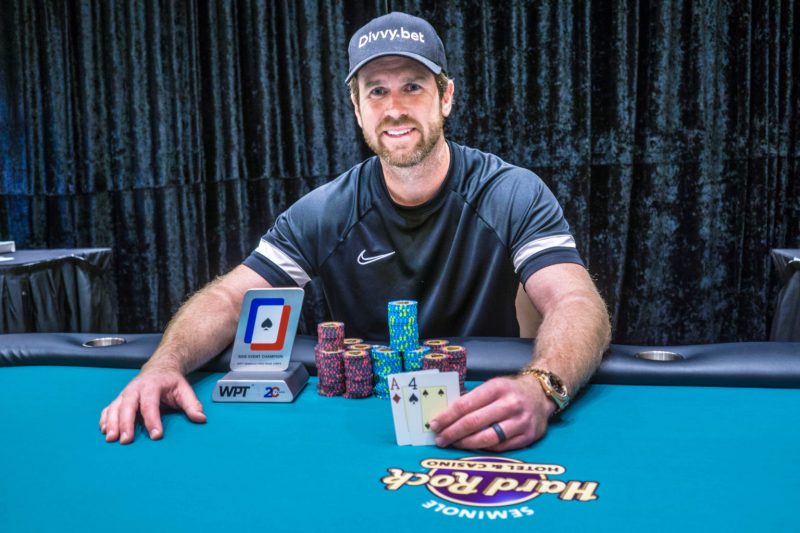 WSOP legend Racener was the man in form during the latest $25,500 WPT high roller. The former WSOP Main event runner-up and bracelet winner finished on top of a 25-player field on Thursday. The field was stacked with top poker talent, but not even the likes of Brock Wilson,  Joe McKeehen, or Darren Elias could stop Racener. The Florida native said after his victory that he normally doesn’t play $25K events, but had to play this one considering it was just 10 minutes from his home. 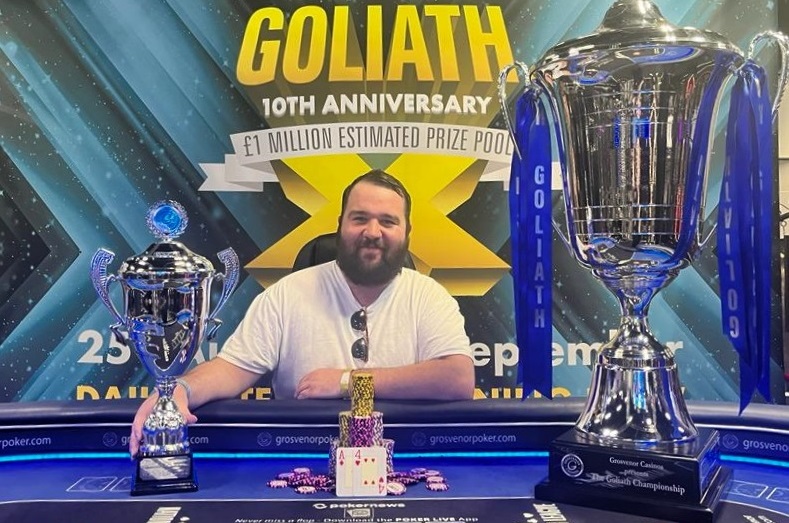 Englishman Jeffrey took full advantage of the Goliath and its propensity to make poker dreams come true last week. Although he has a string of live cashes dating back to 2015, Jeffrey’s biggest payout prior to entering the £150 ($175) Goliath was worth just over $2,000. His story is similar to many of the 10,584 players who entered this year’s record-breaking event. However, unlike everyone else, Jeffrey went all the way. His final table performance on Sunday saw him beat Luke Cheslin heads-up to claim the top prize, a giant trophy, and the accolade of winning the biggest live event outside of Las Vegas. 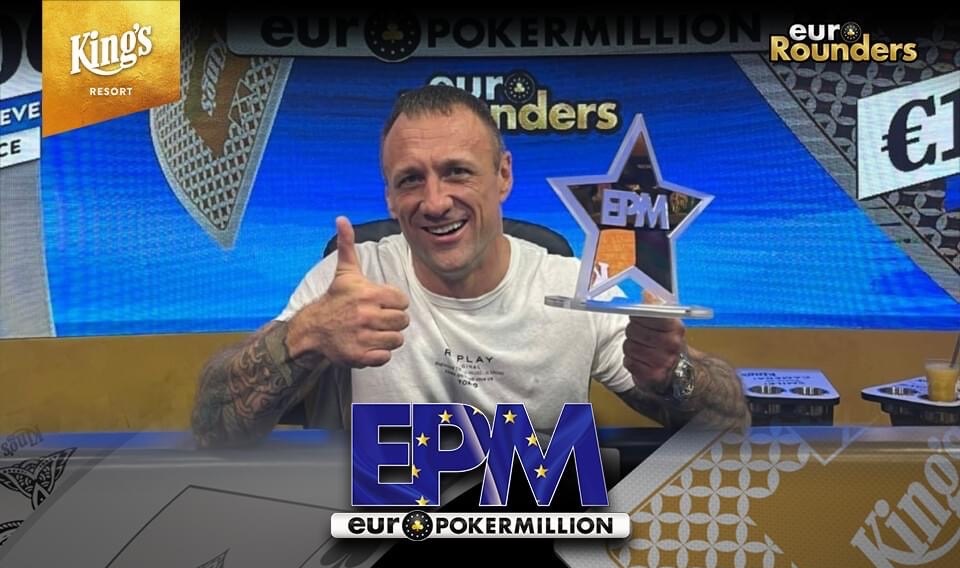 Saveikis has had the summer of his life at the poker table, and he topped off last Monday by winning the €490 ($485) Euro Poker main event. The Lithuanian cashed five times in local events between June and July, one of which was an outright win at the Kaunas Turbo Festival. He took that form to Rozvadov, Czech Republic, last week and parlayed it into another victory. With a field of 2,915 entrants laying in his wake last Monday, Saveikis banked the biggest payday of his career and went straight back to Lithuania where he won another small-stakes event.

Big Winners of the Week alum Hardcastle was back on top last Monday after beating a field of 549 entrants in Coventry. The English pro first popped up on our radar in October 2021 when he won the GUKPT Leeds main event. He resurfaced in April 2022 with a victory at 888Poker Live London and, last week, he entered the winner’s circle once again by taking down the Goliath X £1,000 GUKPT event. The win is the fourth biggest of Hardcastle’s career, behind his 2021 WPT Montreal Online victory and top-five finishes in WPT and GUKPT events.

Daniel Smyth and  Kevin Taylor contributed to this report. Know a big winner we missed? tips@cardschat.com