Big Winners of the Week (April 25 – May 1): LaPlante Wins WSOP Ring, Thorel is All Business in Monte Carlo, and Rosa Wins Battle in Malta

This week there have been final table deals, bumper bounty wins, and a career-first for CardsChat Ambassador Ryan LaPlante. In short, it’s been another week of impressive performances and timely reminders that poker’s finest often shine on the biggest stage. So, to see how LaPlante won his first WSOP Circuit ring, Jamie O’Connor proved he’s a rising star, and Giuseppe Rosa won a battle in Malta, scroll down for CardsChat’s Big Winners of the Week ending May 1. 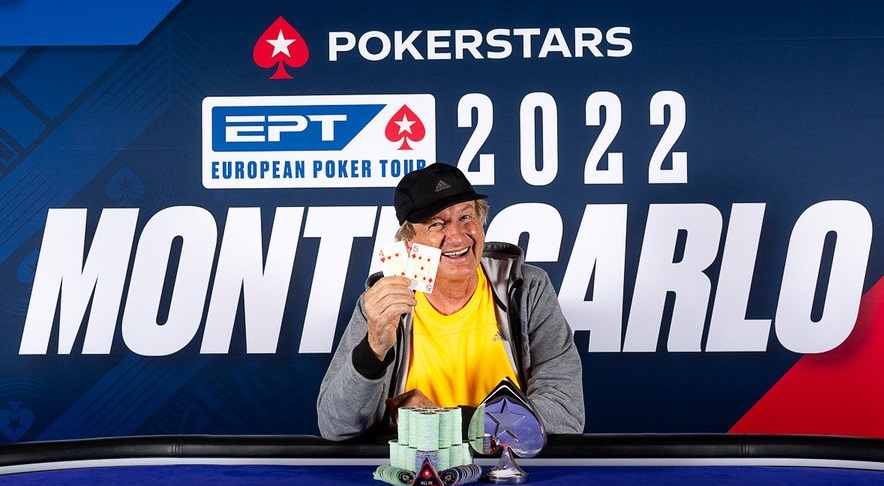 Thorel might be an entrepreneur by day but, when he’s not running successful businesses, he’s grinding high-roller events. With more than $7 million in live earnings, most of which have come in events costing more than $10K, Thorel was more than comfortable in PokerStars’ €10,200 ($12,800) mystery bounty event. Eighty-three top pros, including recent Irish Open winner Steve O’Dwyer, anted up in the two-day tournament, however, none could stop Thorel. He picked up more bounties than most on route to Friday’s final table. That meant he was able to supplement his €107,290 ($134,833) top prize and EPT trophy with €77,500 ($97,394) worth of bounties. 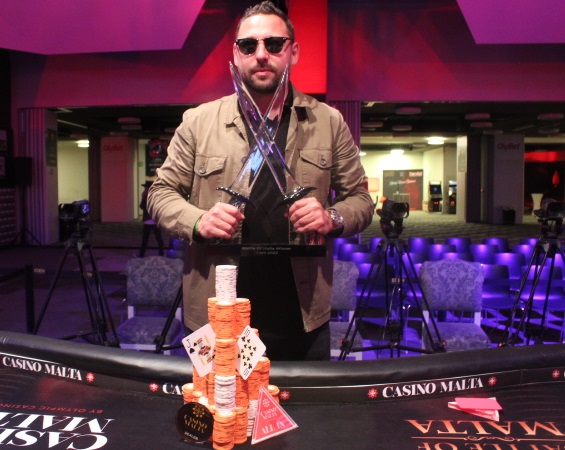 
There may have been a proverbial ceasefire at Casino Malta since 2019 due to COVID restrictions, but players turned up on mass for last week’s live skirmish. Although GGPoker had played host to online alternatives for two years, the €555 ($585) battle returned to its rightful home last week. That meant Italy’s Rosa had to overcome a field of 2,592 entrants on Tuesday to win his first live title. With enough of a stack to survive the final day’s early melee, Rosa eventually took control with four left before beating Stan van Dijk heads-up for his biggest-ever payday. 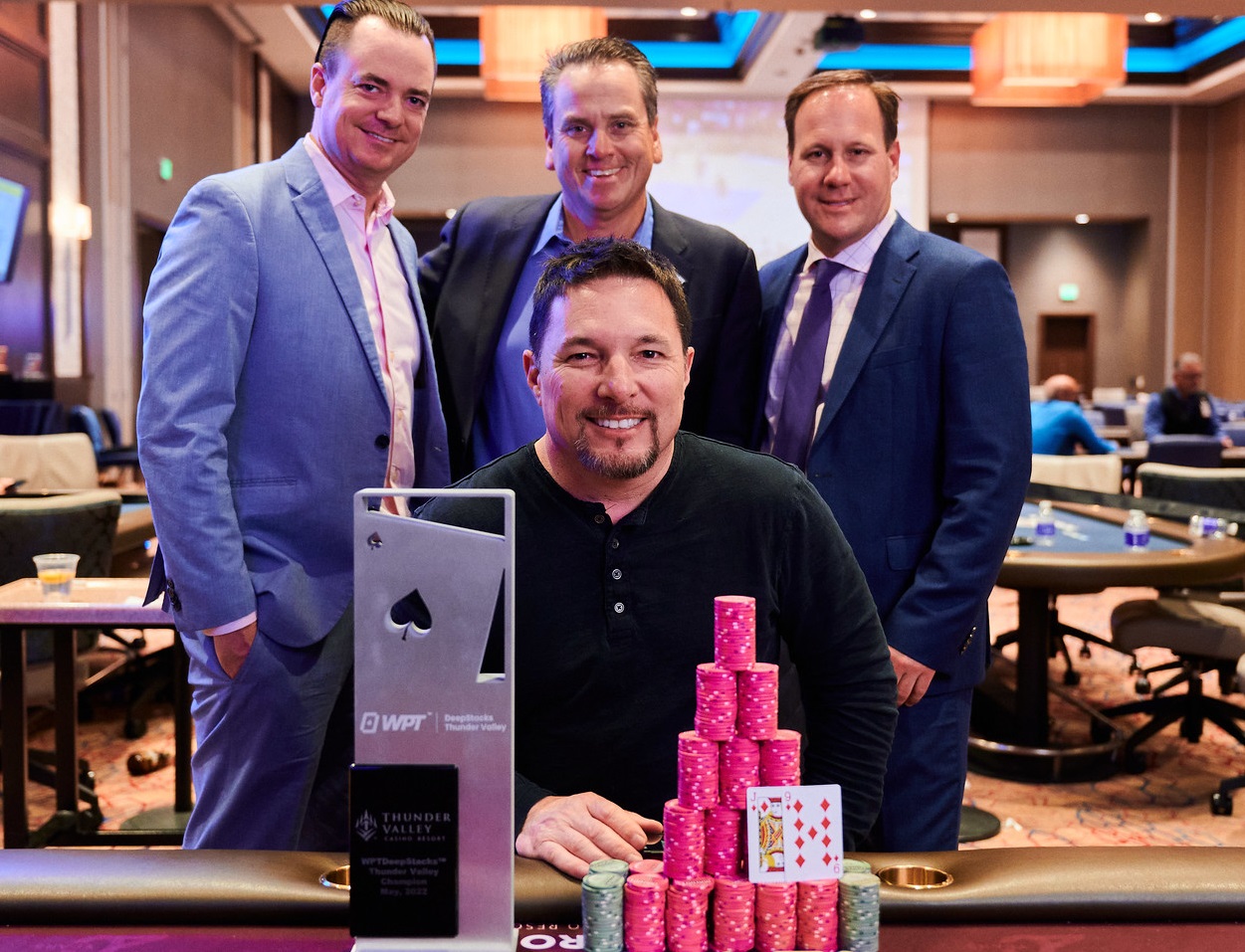 Oman started the final table as the chip leader (albeit with just 28 big blinds) and he used that to his advantage as negotiations got underway. The $1,500 attracted 1,414 entrants to Lincoln, California last week but, with a fast structure in place, Sunday’s final eight weren’t exactly flush with chips. That allowed Oman to lead the discussion when there were five players remaining. In the same way Josh Morrow got the best split at Thunder Valley last week, Oman banked just short of $190,000 and his first WPTDeepStacks title without a fight after a five-way deal. 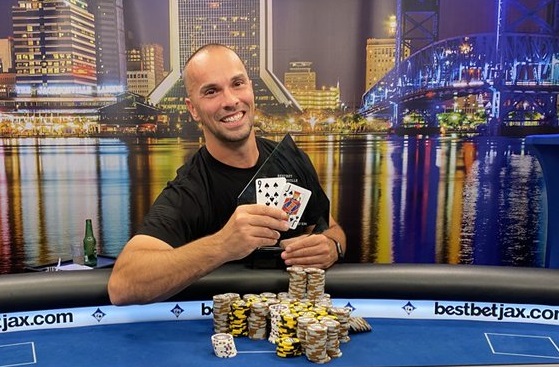 Raio is a regular on the US mid-stakes circuit and, on Sunday, he banked the biggest win of his career. Although he’s gone deep in events at bestbet Jacksonville before, his latest performance in the $1,680 Spring Series main event tops them all. In addition to topping a field of 405 players and getting the best of a five-way deal ($60,000), Raio won an additional $16,167 in bounties to take his payout over $76,000. 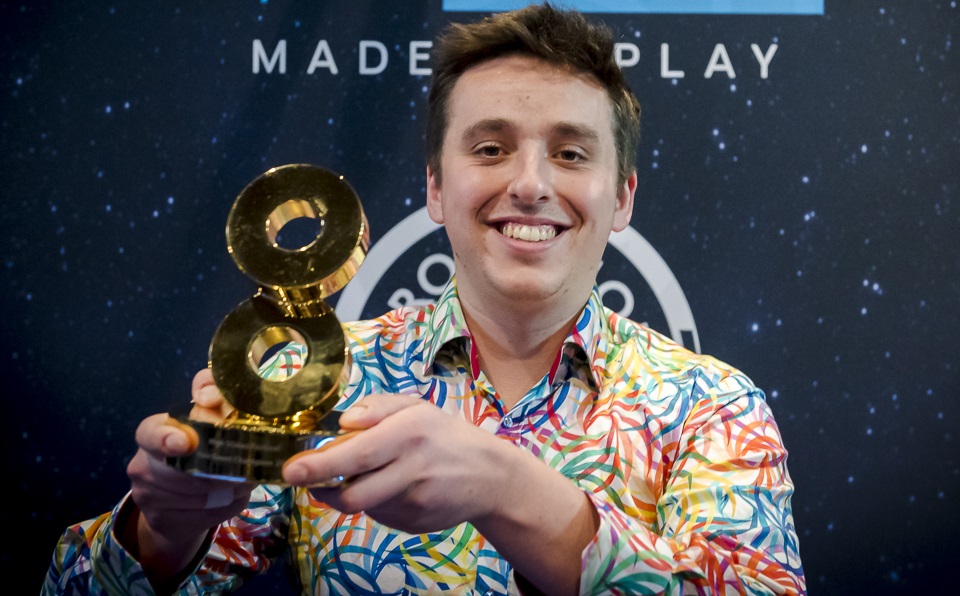 Hardcastle had a breakout year in 2021 with two high-profile victories and, on Sunday, he added another trophy to his collection. The Englishman won a GUKPT title and the WPT Montreal Online main event last year. He can now call himself an 888Poker Live champion after beating a tough final table in the £1,888 ($2373) main event. A total of 96 players entered the event and some top names made it to the finale, including Charlie Carrel and GUKPT London champ Euan McNicholas. Hardcastle beat them all to continue his winning run. 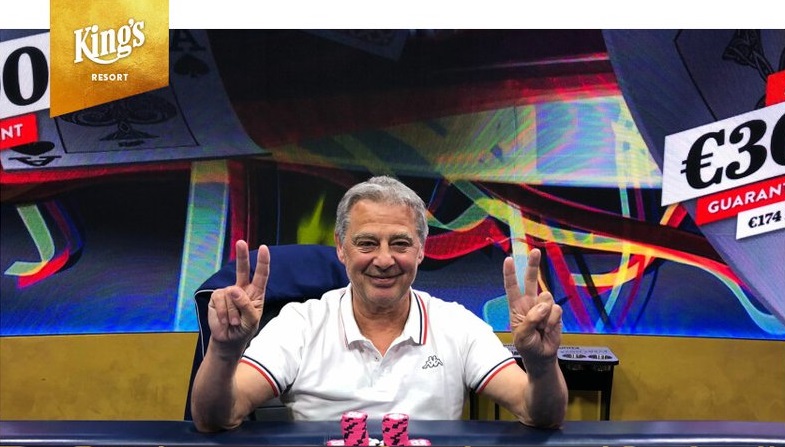 Belgium’s van der Haegen became the latest German Poker Days champion after defeating another bumper field in the Czech Republic. The long-time grinder scored his fourth live victory and biggest win to date after topping a field of 2,310 entrants in the €199 ($210) tournament. Van der Haegen’s run at Monday’s final table saw him outlast three Germans on route to a five-figure score and a free seat in the €10,350 ($10,895) WSOPE Main Event. 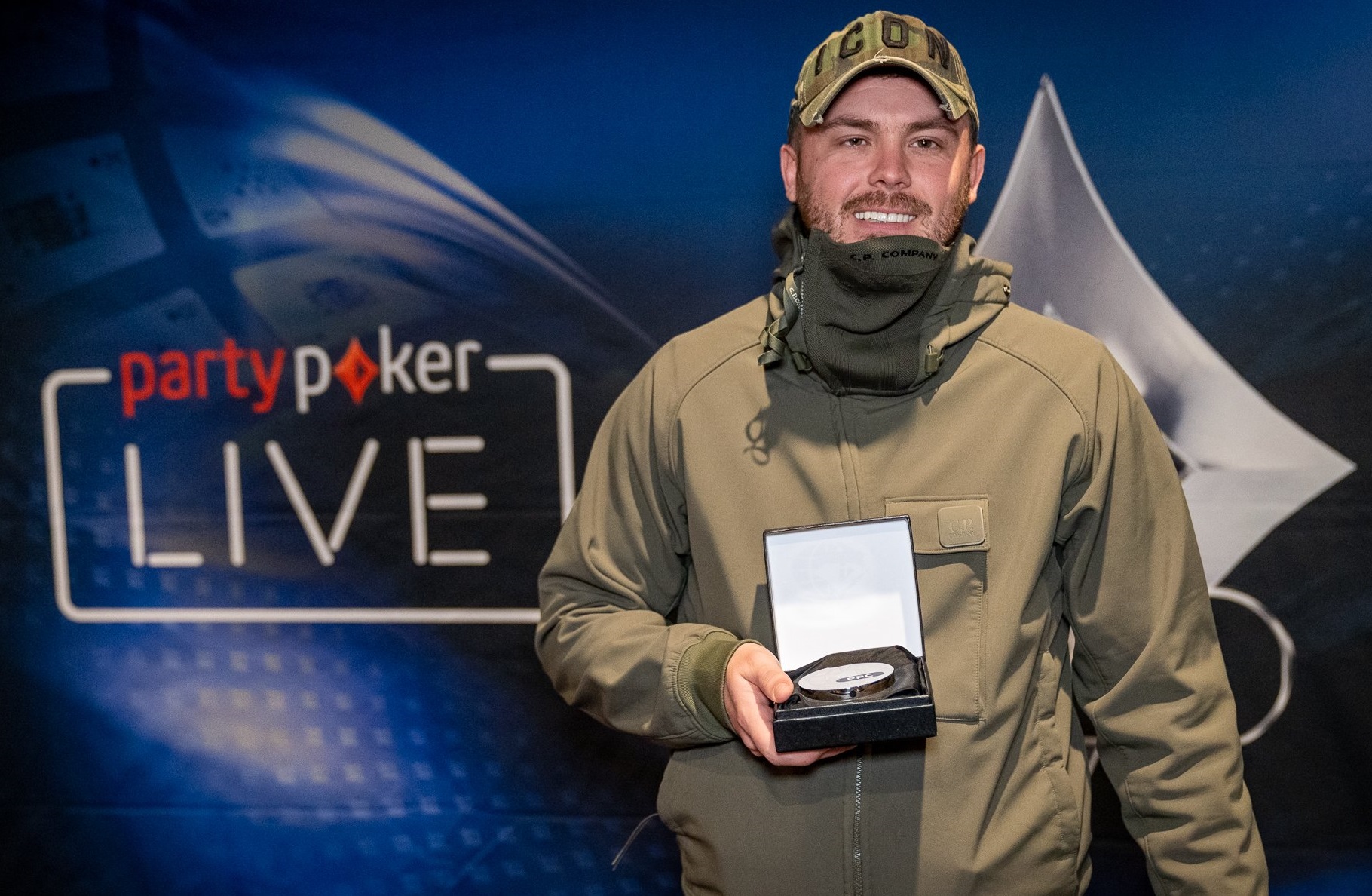 O’Connor made it two high-roller titles in a row after beating a field of 46 players at Partypoker’s live series in Nottingham. The man from Leeds, England, won 888Poker’s high roller in January for just over $78,000 and, on Thursday, he scored for a second time. This time, it was Partypoker’s £2,700 high-roller title. O’Connor, who has over $4 million in online earnings under the screen name EzGame89, had to beat fellow Leeds-based pro, Jamie Nixon, to take his live winnings to just short of $1.2 million. 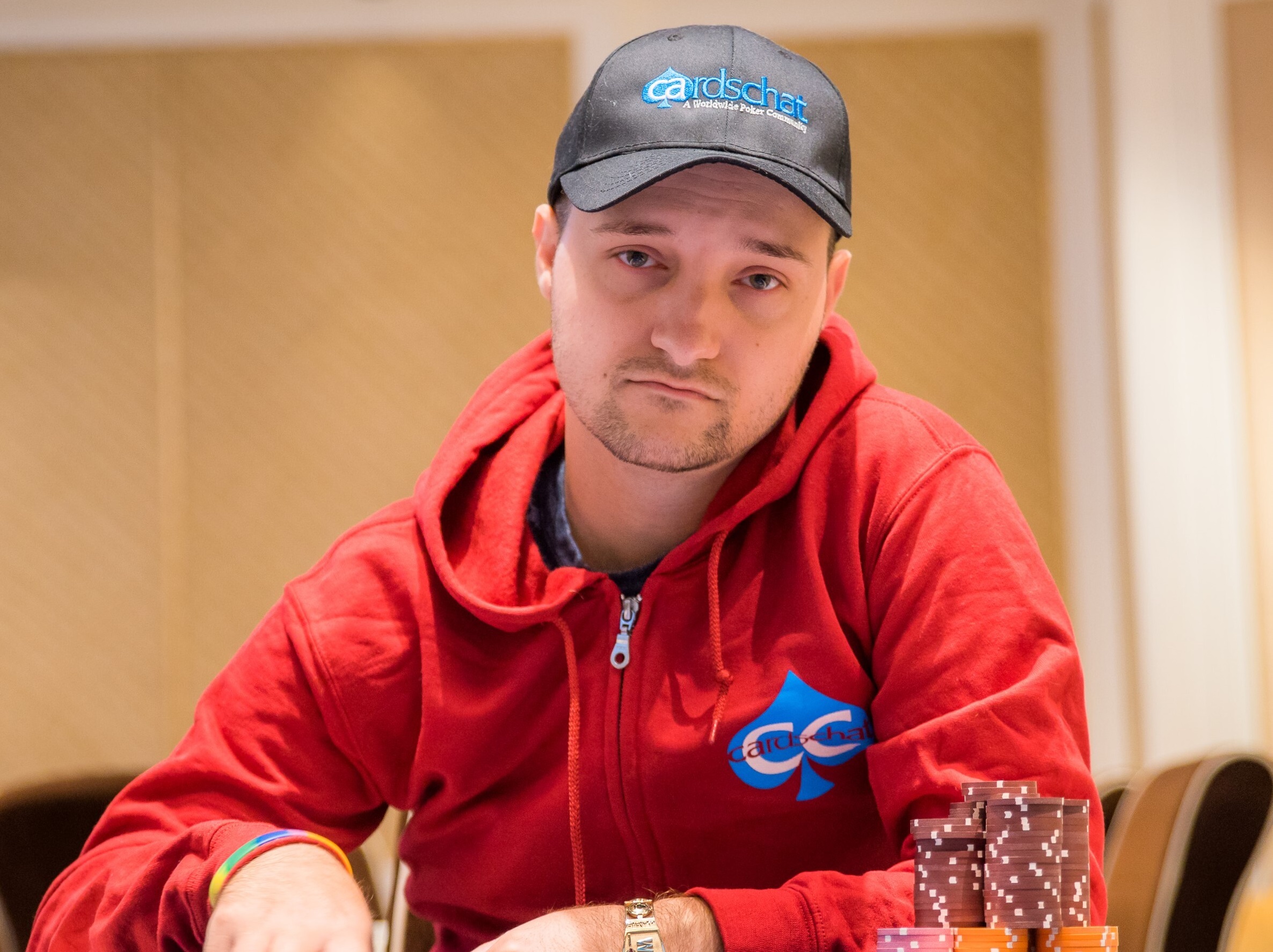 CardsChat Ambassador LaPlante showed why he’s a voice worth listening to in our forums on Thursday by winning his first WSOP Circuit ring. The Minnesota native who now lives in Las Vegas was one of 204 players who took part in WSOP.com’s $320 online Circuit event. When the dust had settled and re-entries had been counted, LaPlante beat Codnofish heads-up. With the win, he banked just short of $20K and a place in the season-ending WSOP Tournament of Champions.