Be passive or aggressive?

I have seen several videos of pro poker players and their style of play varies between passive and aggressive so I ask you which ones prefer which ???

I see myself more passive style of play. I get to bubble more often than when I play aggressive.

I think that you need to use both options depending on your opponent.

And of course, you should look at the game of your opponents.
J

I think that your style depends on what you play. tournament or freeroll. But there are players that play all the hands and they win
However, it is not long after the first break, they lose all chips and they leave
So you should play tight aggressive
Do you agree?

You need to play aggressively but with the mind, you need to look against whom you use aggression, whether it's stealing blinds or bluffing! Playing passively, you can not go far and sit and wait for a good card? The blinds will eat you (this is about the tournaments)! Aggression and only aggression!
A

I think aggressive Is the best play if your hand is strong or if you have a strong draw on the flop or turn. but the most important is to press the fold button when you feel your loosing. there is no need to lose more chips. just a point of view.

good luck at the tables!!!
G

Depending on the tournament, playing a big slow tournament for me is a conservative game, but you still need to change the strategy if you only play with strong cards then you are a weak player, you need to be able to bluff and where to re-raise

It depends a lot on the type of game and whether you are in a tournament or at particular tables, I usually use the passive style when there are many players since I have a chance to have a good hand without investing many chips waiting.

Depends on the game, where you are at, and the other players.
Usually i start passive.Generally speaking, you risk running out of chips if you don't play aggressively at tournaments. If you are lucky and get good cards and your opponents bluff too much I guess you could get into the money with a tight passive play.
P

Really depends on the situation and your opponent(s).

For example, if you flop a nut hand vs a very aggressive player who can 3 barrel often, you might benefit more by playing a little passive and letting them bet into you. Or if you're playing against a call station and you have a good draw, playing a bit passively will be a better option.

Play as you're comfortable,find own style.How many players,so many opinions.

Only Tight-Aggressive style.
This is the winning style in poker.
I try to stick to this whenever possible
G

Conservative poker is the key to success, it is necessary to play aggressively yet, not everyone has a gift. So do not invent and play conservatively
V

All of the poker players in the world have enjoyed regular success by adopting a more controlled or looser style of play, this is one of the things that make poker so great. However, neither the controlled player nor the looser player would have achieved success if they had not adopted an approach to aggressive play.
To succeed in poker, the key is to adopt an aggressive strategy. Being aggressive prevents you from many problems, makes it easier for you to make decisions and increases the number of ways you can win the hand. By being aggressive we do not mean to scream, beat or insult your opponents, but to bet and raise the bet.
You may sometimes feel like you're always losing to passive players. How many times have you been involved in a game in which an opponent has seen all your bets to chain on the river double miracle couples, complete a ladder that would not have imagined or achieve an impossible color? I bet a thousand times. Although playing against these types of players and falling defeated can be frustrating, their success is extremely limited, basically because they are forced to rely on having the best hand to win, and we all know that this is not something that happens as often as We would want
R

I play passively, I like to induce the opponent, check-raise a sense that you are playing waiting for a proximity card, which is easier for the opponent to attack being losing
M

A lot of the time it is more important to adapt rather than have a set play style. Mixups are hugely important in poker or else you will get called with nothing or make no money on your monsters. That being said, I prefer playing differently depending on the way the table is going. Sometimes aggressive, sometimes passive. In tourneys tho, I prefer to play passive for as long as its safe.
T

while playing passive is sometimes good vs 100% c bet players and good for pot control and keeping bluffs in vs aggro players you need to addapt to how your opponents play. Playing a agro style is also good for if you are playing more hands your likely to get more action when you do have a really good hand, also when you are deeper then all the other players left still to act on bubble spots or if your at a ft people will have to call a lot tighter if they are in the middle of the pact due to the short stacks and icm suicide.
6

I am more tight aggressive which means I play less hands but when I do play a hand I am not passive in terms of betting and raising.

I feel that the style I play represents a consistant approach of not bluffing but also not passive because of the quality of hands played.

It all depends on how You map ! 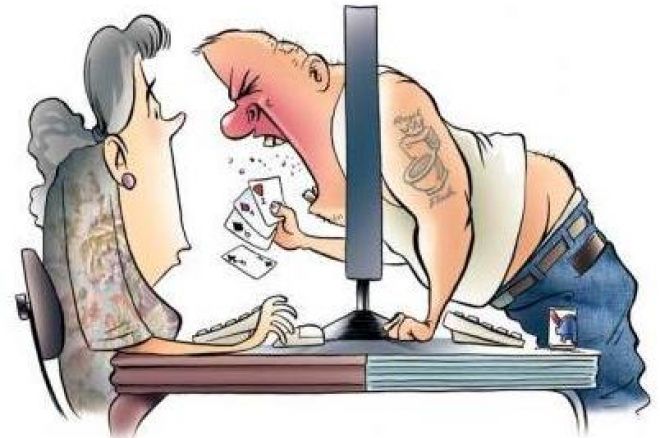 It depends what you play.If you play cash games then agressivly,if you play turbo tournaments then also play agressivly but if you play tournaments where blind is increasing really slow then play passivly because blind we not eat you really easy ,just wait good hand and wait flop and then go all in if you have a good hand ,never go all in in start.
Share:
Facebook Twitter Reddit Link