Mike Postle libel suit defendants Victoria Brill and Todd Witteles have both spoken publicly about their presumptive victory in the case following Postle’s motion last Thursday to voluntarily dismiss his $330 million complaint. While the official case dismissal awaits an April 20 hearing in Sacramento, California, Superior Court, other matters remain in play, such as both defendants’ anti-SLAPP (Strategic Lawsuit Against Public Participation) motions, designed to declare Postle’s lawsuit as frivolous. 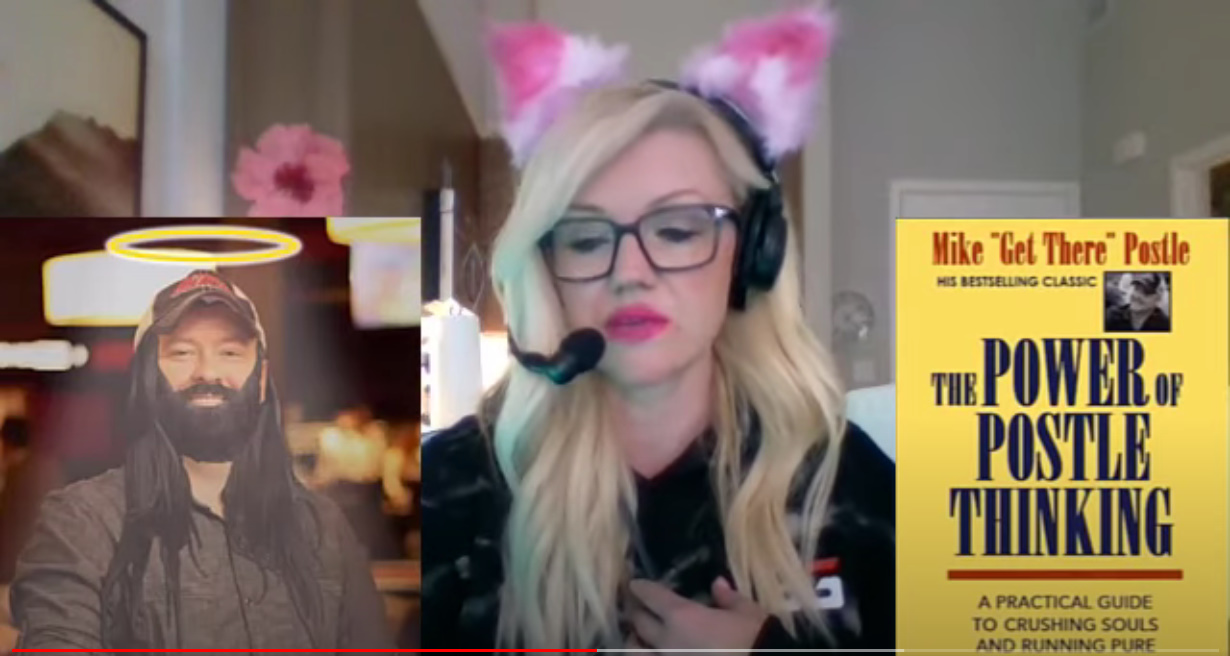 Postle’s voluntary dismissal motion makes presiding judge Shama H. Mesiwala near-certain to grant the anti-SLAPP motions, and quite likely to order Postle to pay Brill’s and Witteles’ fees. With that prospect now in play, both Brill and Witteles have commented publicly on the case’s pending dismissal and related matters.

Brill posted a brief summary of the case’s recent events on her YouTube channel, including her take on what’s likely to happen next. Regarding the libel claim’s purpose, Brill stated, “From my perspective, it was a scare tactic. It was like, ‘Everyone needs to shut up, and no one is allowed to talk about me [Postle] any more.’”

As the lead defendant among 12, Brill filed an anti-SLAPP motion against Postle. She confirmed that multi-millionaire and poker aficionado Bill Perkins helped finance these legal expenses.

“I think his whole lawsuit was a big scam,” Brill said. “I don’t think he had any evidence to back anything he said up. I don’t think he was prepared to actually have a real lawsuit against me and all these other people. I don’t think he could find a lawyer that would fight with him that he could afford, so he backed out of this lawsuit.”

Brill will now have to wait for the judge’s decision to accept Postle’s voluntary dismissal. “I also have to wait for my final bill from my lawyer to see how much my total cost for the anti-SLAPP and everything was, and the judge gets to decide how much I get back,” she said.

Brill then detailed how Postle wouldn’t be able to evade paying whatever portion of Brill’s legal fees — if any — that the judge determines is fair, because, in Brill’s words, Postle “acted with malice.” Brill also noted her understanding that Postle could file bankruptcy, but any SLAPP-related debt still wouldn’t be discharged.

Brill said she’d pursue any judgment in her favor for 10 years or longer, if need be. “It’s his own fucking fault for doing this,” she added. She also noted that any extra funds that come her way as a result of any collected judgment would go for her ongoing project, gathering funds for an accessible van for disabled poker pro K.L. Cleeton.

Brill’s fellow defendant, Todd Witteles, invited his defense lawyer, Eric Bensamochan onto an “emergency broadcast” episode of his regularly occurring PokerFraudAlert podcast, which is available for replay below. (The 40-minute portion of the podcast about Postle’s defamation case begins at about the 03:13:00 mark.)

Witteles offered a basic framework of the case, including the notice of Postle’s plans to dismiss his claims, and he then let Bensamochan offer a more detailed legal take. Bensamochan said, “I’m sure that our decision to acknowledge the lawsuit early, and vigorously defend, threw a wrench into whatever plans Mr. Postle had. Oddly enough, from last October [when the case was filed] until today, nobody else was served at all.”

Bensamochan further noted that the lawsuit was filed against “12 defendants, high-profile public companies, big names, and it just sat there. Had we not stepped forward and had not Veronica stepped forward, it would still be out there. I have to believe at this point that that was the desire. To just be able to say, ‘Well, I’m suing Negreanu and Haralabos (Voulgaris) and ESPN and Todd and everybody else.”

Bensamochan also pointed out that Postle’s inability to find counsel in the case was likely a sign that many professionals recognized the complaint was without merit and, therefore, not worth their time or effort. “I’m not surprised that there’s no new attorney who stepped in. These cases are very hard to win. My own personal opinion as a legal professional is that if this case had a significant amount of merit, and it was really worth 300-some million dollars in damages, there are any number of top-ranked US firms that would love 33% of that, and would step in in a heartbeat.”

The fact that nobody seemed interested in the case is very telling, Bensamochan said. “The long and short of it is that Postle failed to retain counsel,” Bensamochan added, despite his claim to be working on finding a new attorney during a March 18 video court hearing.

Separately, Bensamochan has provided CardsChat News with a related letter to the Sacramento Superior Court Clerk. The letter requests that the pending April 20 hearing regarding Witteles’ and Brill’s anti-SLAPP motions remain on the docket, regardless of any ruling on Postle’s dismissal motion.

The letter specifies that Witteles be declared the “prevailing party,” while also documenting case precedent that such a declaration is standard in cases of voluntary dismissal by a plaintiff. The appellate case being cited detailed it being dropped because the plaintiff “ran out of money,” a circumstance Bensamochan likely deemed applicable to Postle’s current situation after his initial lawyer dropped him.

Bensamochan highlighted that Postle has attempted to have the case dismissed “without prejudice,” meaning he could refile and attempt a legal “do-over” at some point, should circumstances change. Bensamochan will challenge that, and Witteles noted they had already offered Postle an earlier chance to drop the case without Witteles seeking anti-SLAPP damages, which Postle’s original attorney declined.

Bensamochan has already reserved a court date for a hearing on those presumptive damages owed to Witteles, tentatively scheduled for 1:30 pm on May 20.