Texas Card House won its first battle against the City of Dallas, which tried to yank the card club’s Certificate of Occupancy in an attempt to shut it down. 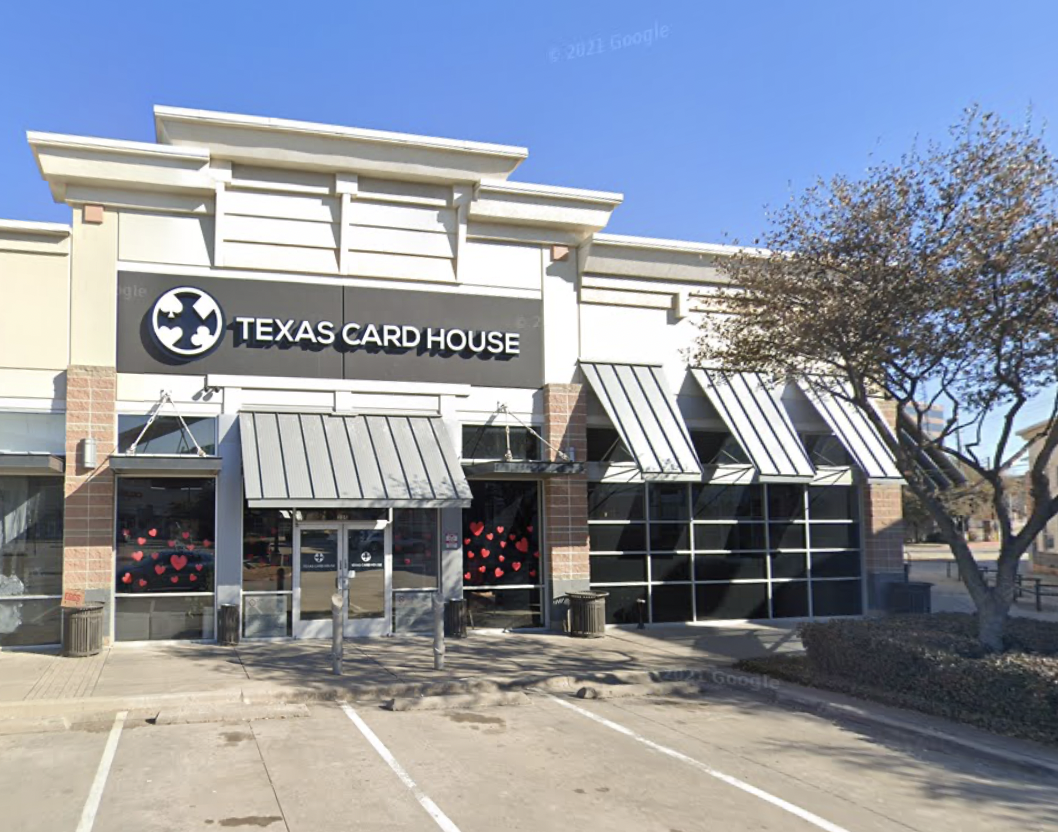 The Texas Card House won its appeal against the City of Dallas. (Image: Google maps)

Yesterday’s 5-0 decision from the city’s Board of Adjustment (BOA) included an upbraiding by several of its members who accused city officials of playing politics by going after the two-and-half-year-old room.

“I’m pretty disappointed in this process, that it seemed like the opinion was changed either by political reasons or possibly public backlash,” BOA board member Kathleen Frankford said. “It seems pretty clear to me that the business is doing what they set out to do. Again, I think it was political pressure, and that’s extremely disappointing.”

Ryan Crow, Texas Card House CEO and co-owner, went into the hearing with guarded confidence. He said he never thought it would be a unanimous decision, but was thrilled with the result. “We felt strongly we were in the right here and the city was wrong, and these five people were with us,” Crow said. “My hope is that this is over and we can have good conversations with the city again.”

But it’s unclear to Crow whether the battle to keep his poker room in Dallas open is, in fact, over. He was scheduled to speak with his attorney later today.

In late December, Dallas’ Building Inspection Division notified Texas Card House and Shuffle 214 that their occupancy permits were being pulled for “Keeping a Gambling Place,” claiming the permits were issued in error.

Texas Card House’s attorney, Jonathan Vinston, submitted pages and pages of correspondence as evidence to the BOA that showed Crow’s company, The Crow Group, did everything right when applying for the permits required to open a business in Dallas.

“For two-and-one-half years, (Crow) has consistently been completely transparent and above board about their prospective operation, their business model, and their operational plans and rules,” Vision wrote, noting that every board, council, and commission that needed to approve Crow’s Certificate of Occupancy did so.

Although Dallas Councilwoman Cara Mendelsohn wasn’t named at the hearing or in the submitted documentation, it was clear that BOA members and Vinston were talking about her when they accused people of playing politics.

Mendelsohn has used poker and the violence that sometimes come with underground games as political fodder on her election page on Facebook, and put pressure on the city’s Building Inspection Division to pull the permits. She even bragged about her efforts, using scare tactics that seem to work on those who have never stepped into a legal poker room.

Texas operates in a legal grey area that leaves local jurisdictions to interpret the Texas Penal Code 47.01 in their own ways.

In short, poker rooms can operate as social clubs as long as zero dollars are taken from the pot for rake or for anything else. Crow said no money is ever taken from the pot in his rooms and he’s worried that rooms in Texas face extinction for violating this rule.

The owners of a Smith County, Texas poker room are facing possible felony charges for spreading poker games that may have taken chips from the pot to run a promotion, according to a CardsChat source.

Shuffle 214 next on deck

The BOA was also scheduled to hear Shuffle 214’s appeal on Tuesday, but it was rescheduled to April 19 because of time constraints. Like Texas Card House, Shuffle 214 also had its occupancy permits pulled last month.


Ross Carroll, Shuffle 214’s general manager, is carrying cautious optimism that the BOA will also rule in Shuffle 214’s favor, but has a feeling this is just the start of something larger.

“Importantly, yesterday was a great outcome, but this isn’t over by a long-shot,” Carroll told CardsChat. “This will wind up in District Court, then Appeals Court, and possibly the Texas Supreme Court, which is where the matter belongs, anyway.”

Mendelsohn actually agrees, telling her Facebook followers in January that the crackdown she helped initiate will most likely be resolved in the court system.

“The issue is poker rooms are illegal under Texas law. At some point there will be a lawsuit, either the operator suing the city or the city suing the operator, or Texas will legalize gambling,” she wrote.

Both Ross and Carroll would love to see Texas lawmakers clarify and adapt the laws in favor of the live poker industry, but there has been little movement at the state levels.

With more than 50 poker rooms operating in Texas, this issue seems to be coming to a head.