An East Texas poker room is looking for help with its legal bills after county sheriff’s raided the business and seized nearly everything but the poker tables. 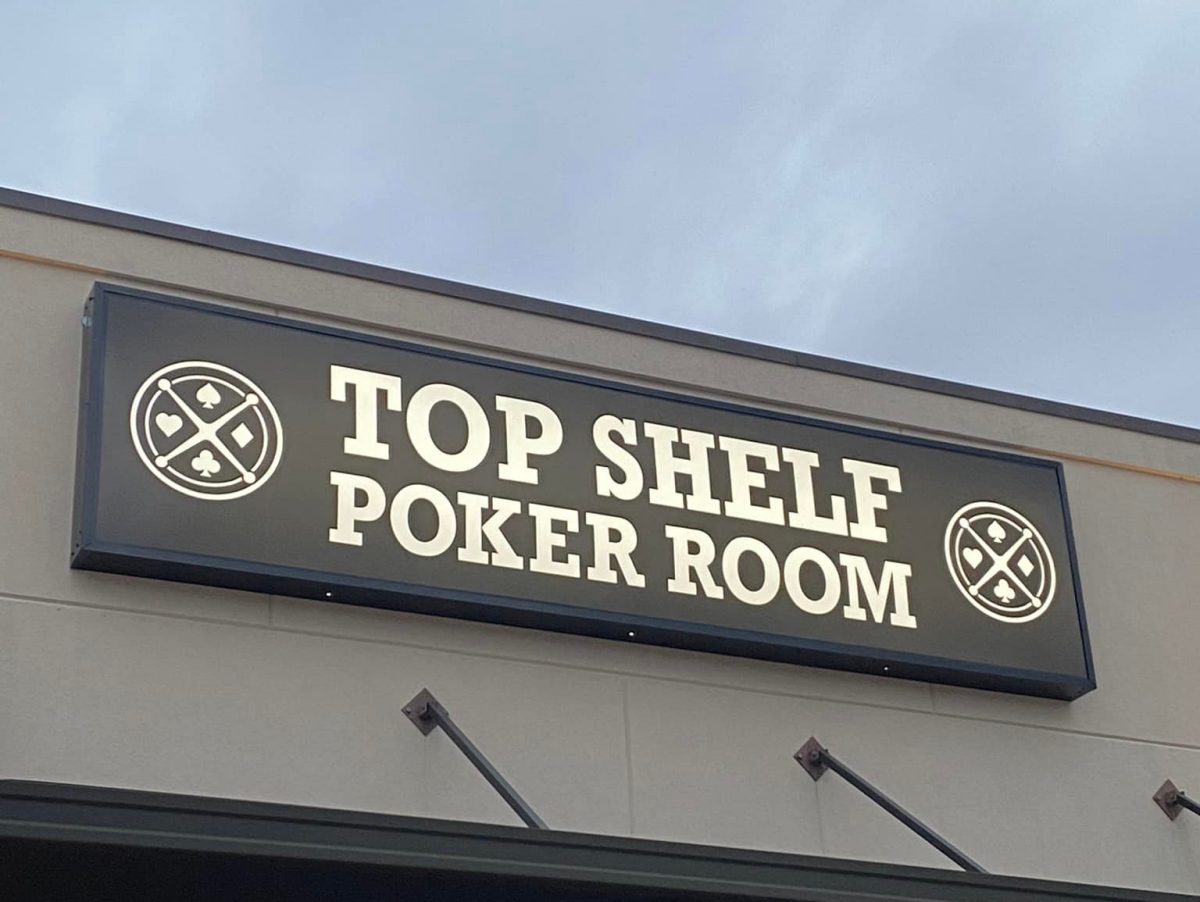 The Top Shelf Poker club in Flint, Texas, was raided by the Smith County Sheriff’s Department at around 11:45 p.m. on March 10. All of the chips, cash, financial ledgers, security cameras, and even hats and t-shirts were loaded onto a law enforcement trailer after an order from District Attorney Jacob Putman was served.

The seven or so players in the club during the raid had their money seized, but were not charged.

“Any gambling with economic benefit to the business is illegal,” Putman told KLTV. “We’ve seen this in other counties operating gambling rooms, hoping they won’t get shut down and hoping the law won’t be enforced. But this is the first one in Smith County in a while.”

The three owners, Jesse Vann, Todd Rowell, and Paul Stewart may face felony charges for running an illegal gambling operation. They haven’t been charged yet, but Vann’s lawyer warned that charges were most likely forthcoming.

Smith County Sheriff Larry Smith told the TV station that some of his officers posed as players in an undercover operation that went on for months.

Top Shelf is the third social poker room Texas authorities have targeted this year. Two rooms in Dallas had their occupancy permits pulled in January. Like the owners of Texas Card House Dallas and Shuffle 714, the Top Shelf owners say they were operating legally and received no warnings before being ordered to close. 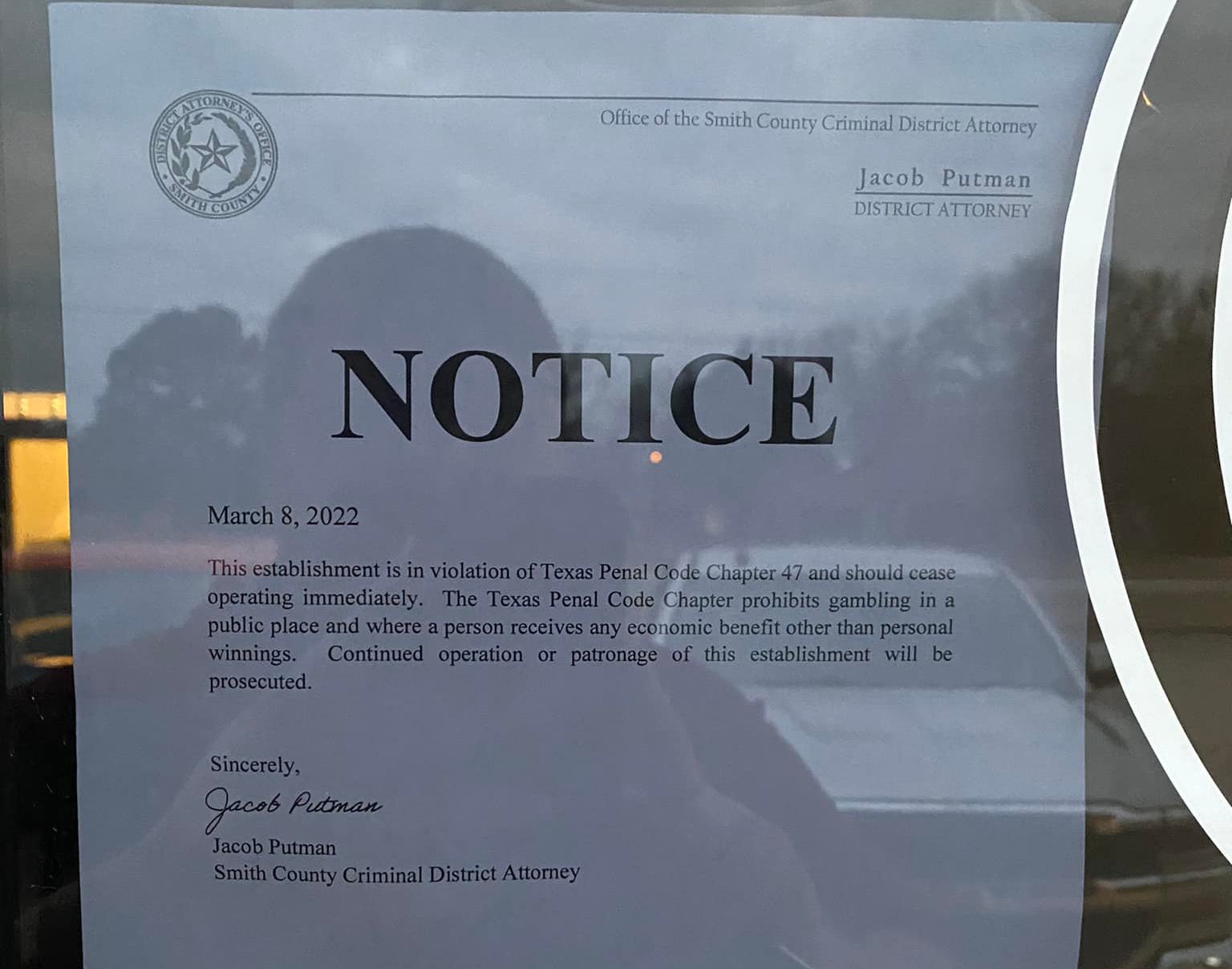 Top Shelf Poker has been open to the public for nearly six years and Vann says its members include elected officials, judges, and doctors.

The local paper, the Tyler Morning Telegraph, even published a feature article when the room opened in October 2017 as Tilt poker. The club changed its name about a year-and-a-half go.

“There are no ordinances that prohibit Tilt Poker Room from operating,” Smith County Commissioner Jeff Warr said at the time of the poker room’s opening. “The owners want to operate within the law. As far as I know, this is the only club like this in the area and the only one in Smith County.”

It was under this assumption that Vann and the two other co-owners bought the club a year ago. Warr is no longer a commissioner.

According to Vann, the man who owns the ATM located inside Top Shelf also had all the money that was in the machine seized. His accounts associated with his money machine distribution business were also frozen even though he has nothing to do with the business.

Vann’s lawyers warned him the three owners may be facing a long legal battle with bills and fines upwards of $100,000. A designer for the construction industry by trade, Vann says he’s shaken up by the whole situation.

Vann, of course, hopes to avoid the charges.

“Whatever goes down, we want to do 100% what the DA and sheriffs decide, and try to not get them to pursue felony charges,” Vann told CardsChat. “Whatever we can do to work with the community to resolve the issue, we’ll fix any kind of model they think is incorrect. We’re trying to work with them to fix whatever problem there is and to get our assets back.”

A GoFundMe page was set up to help with lawyer fees. Vann also set up a petition “to stop all illegal seizure and raids of all legal card rooms in the state of Texas.”

About 50 social poker clubs located in strip malls operate in a legal grey area all across Texas.

In these social clubs, owners are allowed to spread games of poker as long as they don’t take a rake.  The rooms survive and pay their employees by charging membership fees and hourly rates. Top Shelf’s membership fees range from $10 a day to $200 a year, and members pay by the hour.

Vann would love to see the state clarify the legality of poker.

“I 100% hate the fact that we’re in the grey area at all. It needs to be decided in black and white,” Vann said.

Since Texas doesn’t have rules or regulations on the books that specifically define the legality of poker, it’s left up to local officials to interpret the existing law.

In Dallas, a city councilwoman used her influence to have the code enforcement department pull the occupancy permits for two poker rooms in the city. While the rooms are facing extinction, the owners were not charged with any crimes.

But in Smith County, which Vann calls one of the most conservative counties in all of Texas, the elected lawmen are raising the antes and most likely will charge the owners with crimes that could lead to fines and jail time.