The most recent episode of Saturday Night Live featured a Weekend Update segment that caught the eyes of many poker players. In the bit, Kyle Mooney appeared as “Dan Bulldozer,” a lifestyle influencer who was there to discuss how social media affects young people. 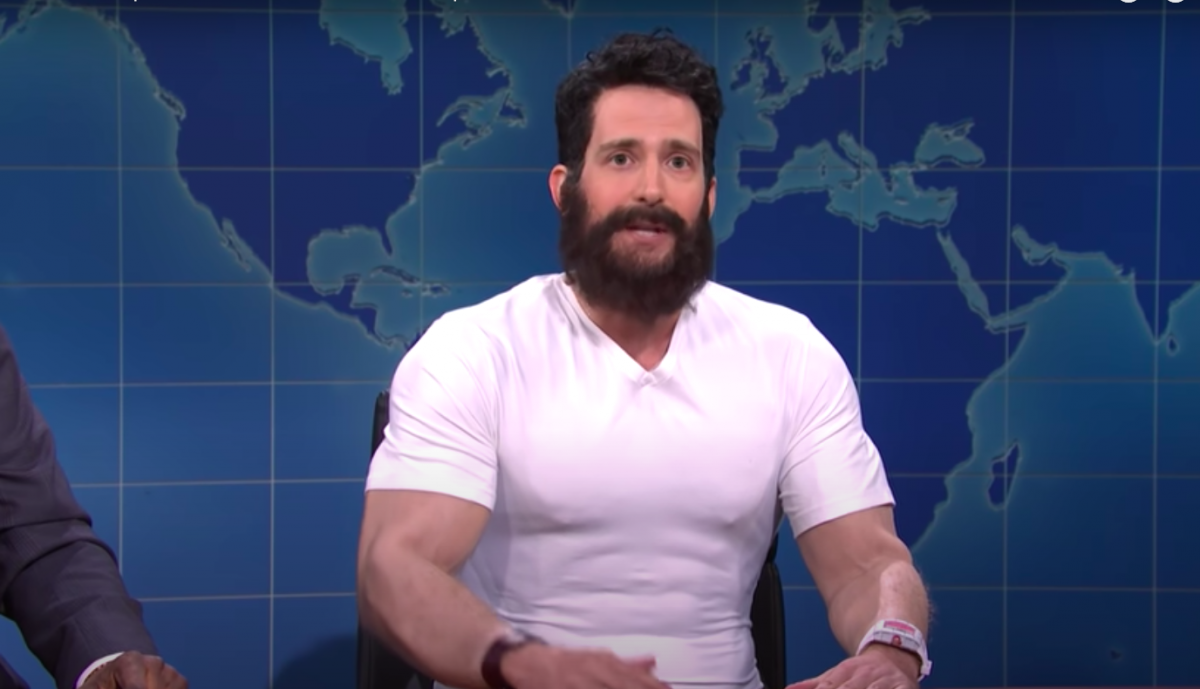 Mooney was dressed in a big fake beard and mustache, with fake muscles, and a voice changer that made his voice deeper than normal. Anyone who is familiar with businessman, poker player, and social media presence that is Dan Bilzerian knew right away that the segment was based around him. Bilzerian has gained notoriety, sometimes infamously, for the lavish lifestyle he loves to flaunt on Instagram and Twitter.

In a nod toward Bilzerian’s hedonistic tendencies, the skit has Bulldozer asking Weekend Update co-host Michael Che, “Hey Michael. Guess how many girls I’m dating? 940.” This references the countless photos Bilzerian often posts of himself surrounded by a dozen or more models in bikinis in various locations around the world.

Another reference some poker players would find funny is to the recent book Bilzerian published, “The Setup,” a memoir about his exotic and extravagant lifestyle. “I’ve got the book. Why is writing so hard?” Mooney asks in the sketch.

Just finished my 6th book edit, I’m picking 2 of you to come to my book release party and giving you both $5,000 dollars, plus I’m giving 1000 of you signed copies of the book, just CLICK THE LINK BELOW , it’s free, no bullshit, no strings attached https://t.co/t23q8ZKWiA pic.twitter.com/9jot2yW3IN

There was no mention of poker in the sketch, presumably for the same reason they didn’t use Bilzerian’s real name. Ultimately, the purpose seemed to be to mock the character that Dan Bilzerian presents on social media without giving him added fame or credibility.

The bit closed with Che asking if he was happy, to which Bulldozer pauses and responds, “No way. No.”

While Bilzerian’s lifestyle may make him ripe for such a parody, it wasn’t the only reason he was in the news this past week. Bilzerian and GGPoker ruffled some feathers last year when the two announced his role as a new ambassador for the quickly growing site.

However, the deal was short-lived, as Bilzerian was released from his contract with GGPoker, interestingly enough, on International Women’s Day on Tuesday, March 8. Bilzerian reportedly fell short in his duties representing the brand, including failing to come through on a “Birthday Bash Freeroll” promotion where the winner of a freeroll was supposed to play Bilzerian heads up. Nothing has happened yet on that front.

CardsChat professional Dara O’Kearney addresses Bilzerian’s unceremonious departure on an episode of ‘The Lock-in,” starting at 1:35:

A quick look at his social media pages shows just how popular Bilzerian is online. His Twitter account has 1.6 million followers while Instagram is where he has the most outreach, with 32.8 million followers.