Former PokerGo golden boy Ali Imsirovic has been banned from the company’s tour along with Jake Schindler. 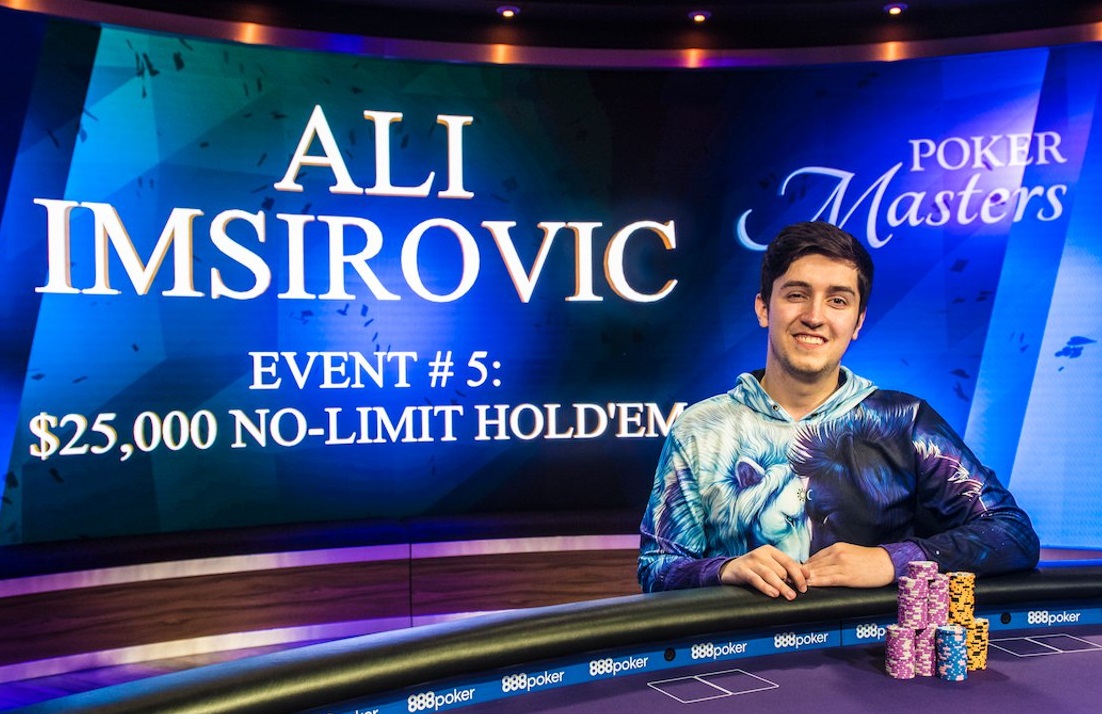 2021 PokerGo Tour Player of the Year Imsirovic won’t be able to defend his title this season after being told he’s no longer welcome due to recent cheating allegations. Imsirovic, along with Schindler, were accused of cheating by a number of high-stakes pros earlier this year.

The two pros were banned by GGPoker for using real-time assistance (RTA) software. Following that incident, Entain’s Head of Game Integrity, Juha Pasanen, gave his take on allegations of multi-accounting and chip dumping at the highest stakes.

Pasanen called for an industry-wide blacklist in April. After reviewing the community’s response to that idea, PokerGo executives have banned Imsirovic and Schindler from their events, including this month’s Poker Masters. The pair have also been removed from the Player of the Year leaderboard, which means Imsirovic will lose his title.

Although no one has published any evidence that either player cheated, executives at PokerGo appear to have seen enough make a call. As per the September 22 announcement, the ban is effective immediately and will be reviewed at the end of the 2022 season. 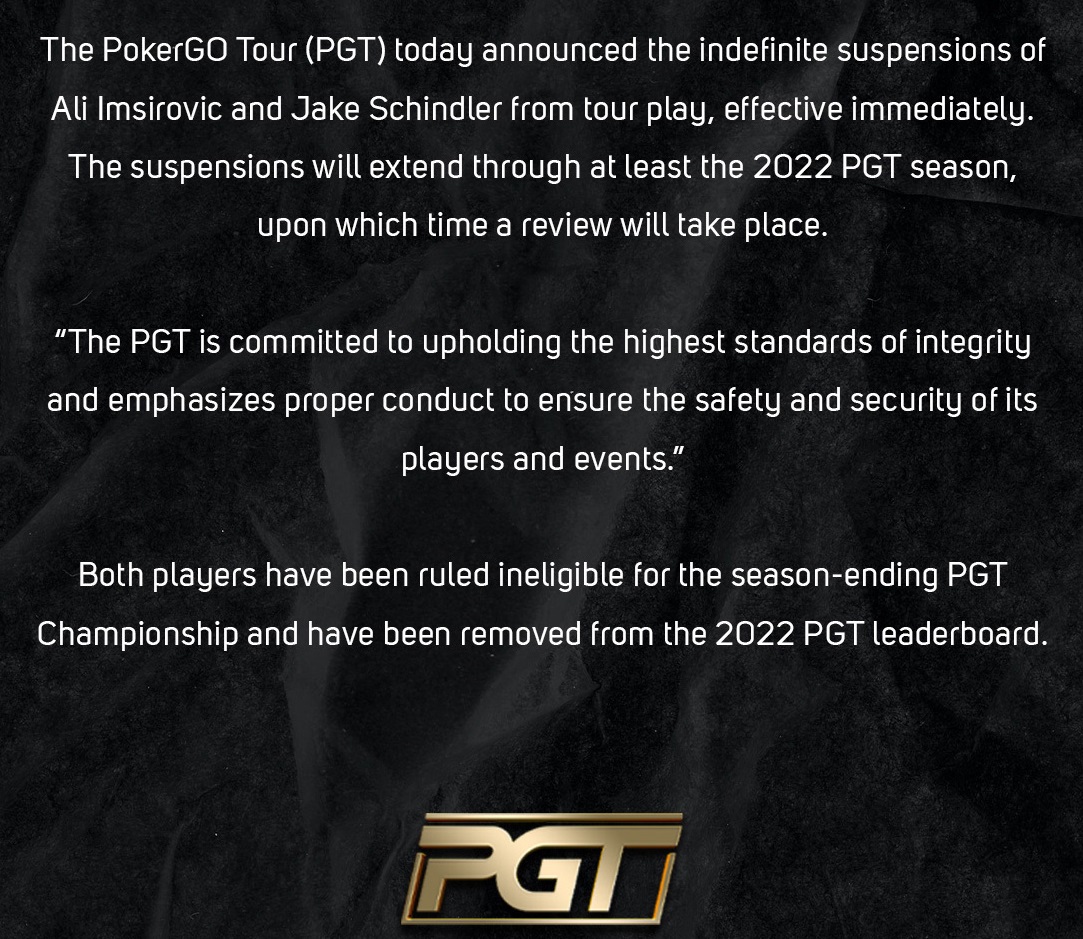 The accusations of cheating are, according to PokerGo’s statement, a threat to the integrity of the game, its events, and players.

“The PGT is committed to upholding the highest standards of integrity and emphasizes proper conduct to ensure the safety and security of its players and events,” reads the statement.

This isn’t the first tournament organization to take action. Although neither organization made an official announcement, Imsirovic and Schindler have been conspicuous by their absence on the European Poker Tour (EPT) and Triton Series this year.

However, PokerGo’s announcement may usher in a new era of operator’s taking official action against those who jeopardize the integrity of the game. Of course, if that happens, there must be sufficient evidence to prove cheating has occurred.

A number of people in the comments have questioned how a decision was made without any public evidence.

CardsChat reached out to PokerGo for a comment but didn’t receive a reply at the time of publishing. At this stage, a line in the sand has been drawn. The decision to ban Imsirovic and Schindler from PokerGo event stands.

That not only has implications for the two players involved but the poker industry as a whole. If other operators follow, the message to anyone cheating online or in live events is clear: break the rules and you’re not welcome.