Phil Hellmuth and his friendly rival Antonio Esfandiari will meet again on PokerGo’s new show, High Stakes Duel. The match will be released on Sept. 23, exclusively on the PokerGo app (subscription required). 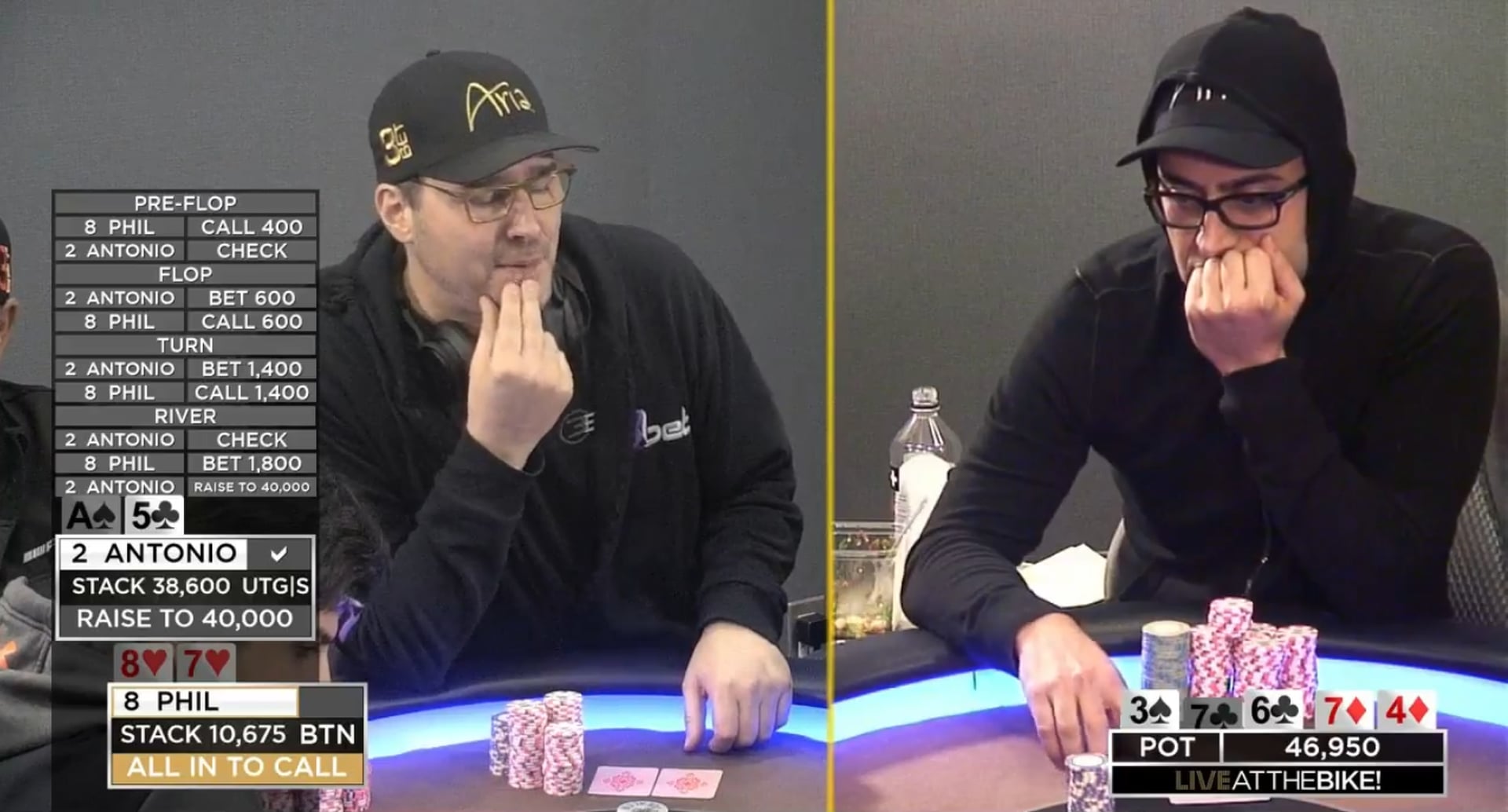 Who will win the rematch between Phil Hellmuth and Antonio Esfandiari? (Image: YouTube)

Esfandiari has long wanted to face Hellmuth in a high-stakes heads-up match. He finally got his wish in July thanks to the new High Stakes Duel show. But the outcome wasn’t exactly what he desired.

Playing for a $100,000 prize — $50,000 per player — a frustrated Esfandiari watched his opponent catch some timely hands. Hellmuth also pulled off a couple of key bluffs that helped him win the match. But he hasn’t yet won the battle. Per High Stakes Duel rules, the loser reserves the right to challenge the winner to a rematch.

Heads-up challenges are becoming quite popular in poker. Not only do we have the upcoming Hellmuth/Esfandiari match to look forward to, but there’s also the third installment of the Galfond Challenge between poker coach Chance Kornuth and Run it Once founder Phil Galfond.

That contest begins on Sept. 16 and will be available on Twitch. Additionally, there what’s perhaps the most anticipated heads-up match in poker history: feuding rivals Daniel Negreanu and Doug Polk will meet to settle their long-time dispute on the virtual felt, though no date has been officially set.

It took Esfandiari all of two seconds following the loss to challenge Hellmuth to a rematch. Immediately afterward, before the cameras stopped rolling, he made it official that he would face the “Poker Brat” once again.

This time around, the pot is even juicier. The rematch calls for both players to put in another $50,000, making the second heads-up match worth $200,000 to the winner. If Hellmuth wins, Esfandiari can’t challenge him again. Hellmuth would then move on to face a new opponent, someone who hasn’t yet been announced. If Esfandiari wins, we’ll have a rubber match between the poker pros in the coming weeks.

Esfandiari has been trying to convince Hellmuth to face him heads-up for quite some time. Back at the 2012 WSOP Europe series, he challenged Hellmuth to a heads-up battle after the “Poker Brat” complained about how unlucky he’s been against the “Magician.”

Esfandiari’s initial offer called for the winner to shoot the loser with a taser gun. Hellmuth has never accepted that challenge.