Nevada gaming revenue totaled $5.8 million in May 2020, an astounding 99.4% decrease year-over-year from the nearly 1 billion the industry took in during the same month in 2019. 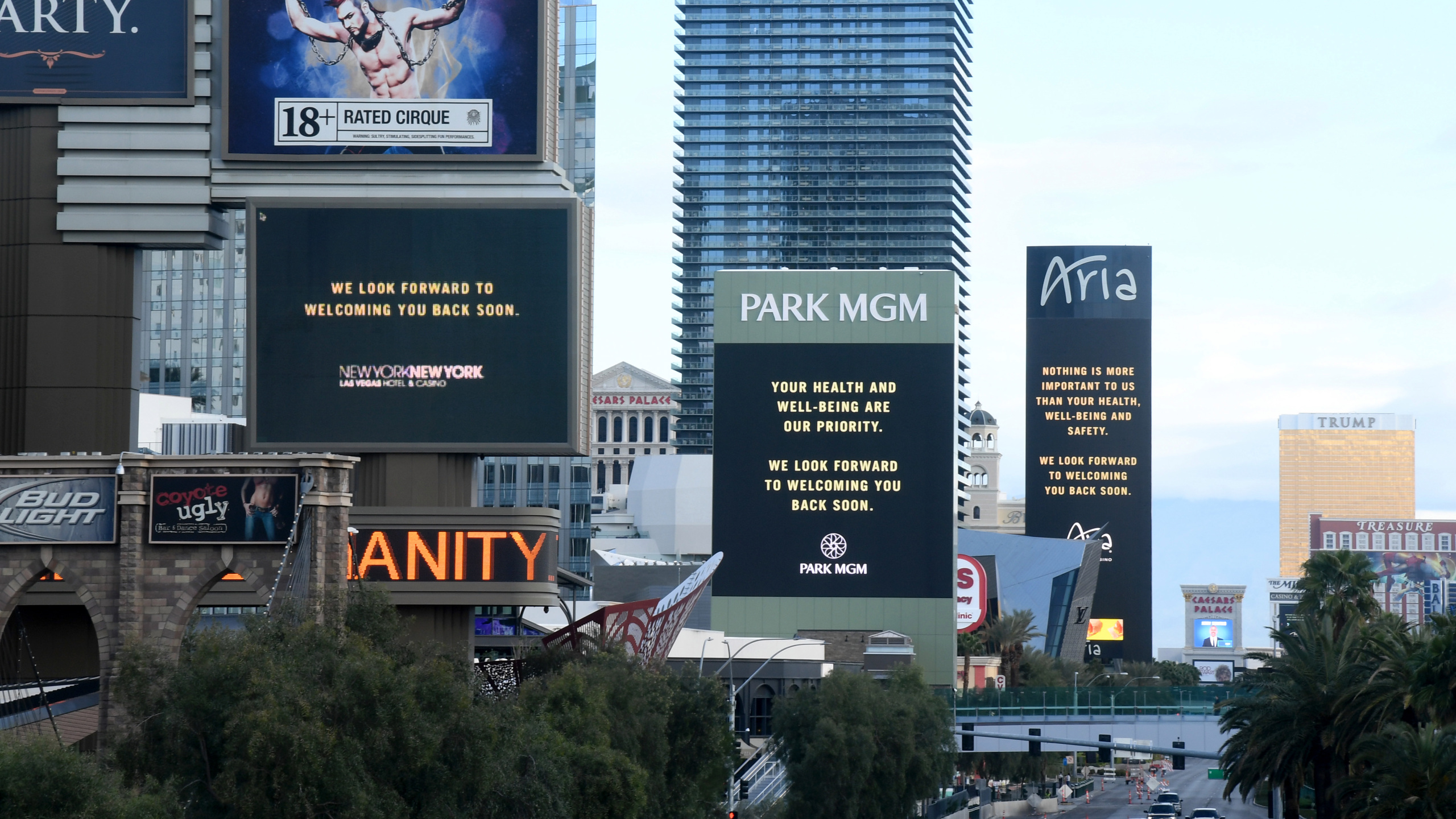 Nevada gaming revenue was down over 99 percent in May, with only online poker and sports betting contributing significantly to the industry. (Image: Ethan Miller/Getty)

That total came as little surprise to analysts, as only online poker and sports betting were available in most locations throughout the month.

Some Nevada Markets Lost Money in May

Casinos remained closed for the entirety of May, just as they were in April. In fact, the industry performed slightly better in May: Nevada gaming revenue came to just $3.6 million during the previous month.

With casinos shuttered, nobody reported table-game revenue anywhere in the state. Slot machines fared only marginally better: the one-armed bandits collected $229,000 in revenue, down 99.97% year-over-year.

The numbers were so low that some markets reported that casinos lost money in May. That’s mainly due to bettors who placed sports bets in earlier months, which casinos only now reconciled in their financial records.

So where did casinos actually make some money?

It’s impossible to know just how casino revenues break down between online poker and sports betting. WSOP.com is the only online poker site that operates in Nevada. State regulations require the Gaming Control Board to redact information that could disclose the revenues from any one operator.

That meant that the monthly reports not only had to hide the amount collected by Caesars’ online poker site, but also from sports betting as a whole – as knowing that number would make it clear what part of the pie was generated from online poker.

That said, it’s likely that most of the increase came on the sports betting side of the equation thanks to an increased menu of events in May.

“As far as May’s gaming win compared to April, it is my understanding that due to the addition of events to this month’s sports betting options (NASCAR and UFC) the month of May was a bit stronger,” Lawton said.

Casinos in Nevada shut down statewide on March 18, and couldn’t reopen until at least June 4. Revenues should rebound somewhat in June, as many casinos – including some poker rooms – began reopening throughout the state.

Even so, there are no expectations that revenues will return to normal levels anytime soon. As a result, the year-end numbers won’t be pretty. The almost non-existent revenue in April and May have already impacted the year-to-date comparisons to 2019.