All Nevada Casinos Closing at Direction of Governor Steve Sisolak

Governor Steve Sisolak ordered the closure of all Nevada casinos on Tuesday, effective at midnight. The Democratic politician said all casinos and gaming devices in the state must be shut down for at least 30 days. At that point, he says, he’ll re-evaluate the health situation in the state. 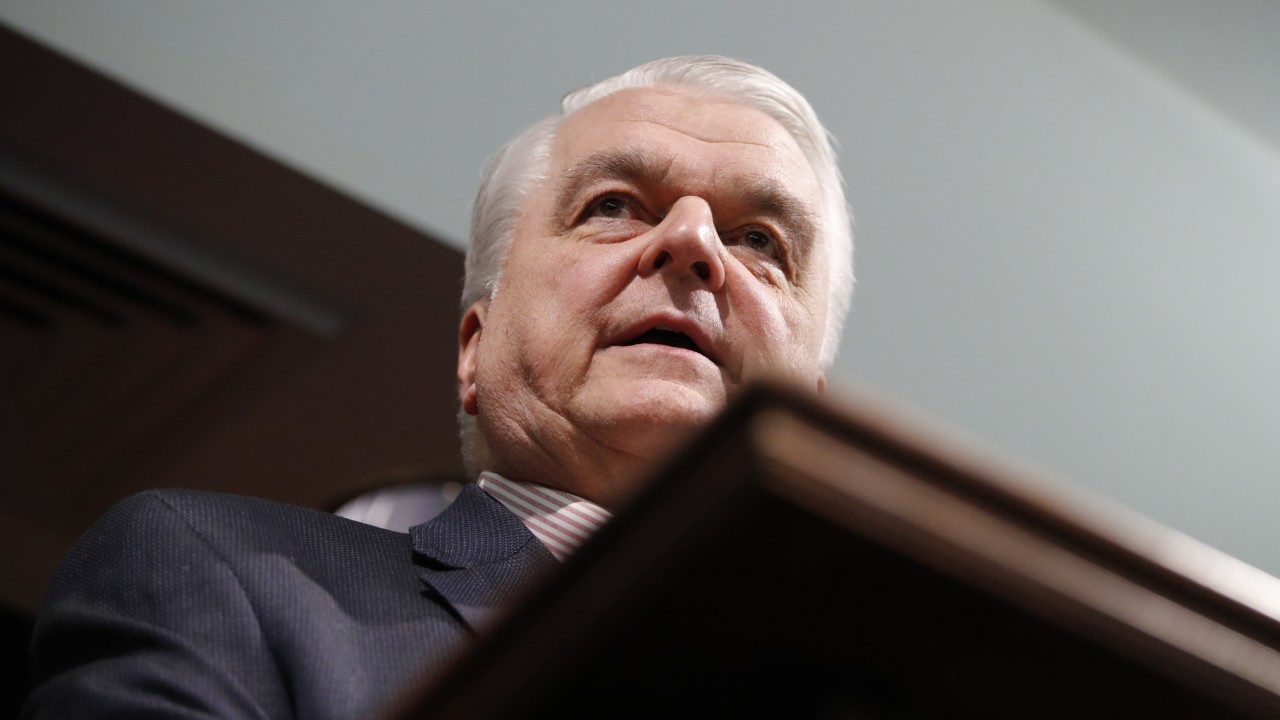 Governor Sisolak made the tough decision to close down all Nevada casinos. (Image: ktnv.com)

“Stay home for Nevada.” That was the governor’s mantra as he defiantly told his residents to “take this seriously,” speaking of the coronavirus pandemic.

Sisolak asked for all non-essential businesses such as restaurants, bars, and retail shops to close down immediately. The first-term governor, upon the advice of health professionals, determined that the only way to prevent the spread of the virus throughout his state is to encourage a statewide self-quarantine. And that includes hundreds of Nevada casinos.

Sisolak ordered the closure of all Nevada casinos and gaming devices. That includes slot machines, table games, sportsbooks, and also poker rooms. In the Silver State, slot machines are available on just about every corner grocery store and pub, especially in Las Vegas.

Gambling is the catalyst for Nevada’s economy. The gaming industry topped the $12 billion mark in 2019 and was in the same ballpark again this year.

The closures will leave hundreds of thousands of people without jobs across the state, though Sisolak argued he had no other choice because public safety is more important than the almighty dollar.

Many Las Vegas and Reno casinos had already closed before the governor’s demands, including MGM Resorts and Wynn Resorts. But some casinos and poker rooms, including Caesars Entertainment-owned properties, remained open until the governor’s order.

Boyd Gaming, which owns Las Vegas’ The Orleans, also had to be forced to shut down. The Orleans had been the busiest poker room in town over the past week, despite its mostly elderly demographic.

What About the WPT Final Tables in Las Vegas?

The World Poker Tour has already announced the postponement of its next three Main Tour events. The WPT also has a decision to make with a few in-progress tournaments.

Three WPT tournaments around the US have played down to final tables that are scheduled to be completed in Las Vegas at the HyperX Esports Arena at Luxor. There’s only one problem — gambling is banned for at least the next 30 days in Nevada.

WPT Executive Tour Director Matt Savage says organizers are working to determine a plan for how these final tables will be handled.