Mike Postle continued to make headlines around the poker world this past year, but those who hoped he would receive justice for allegedly cheating at the poker table were disappointed. 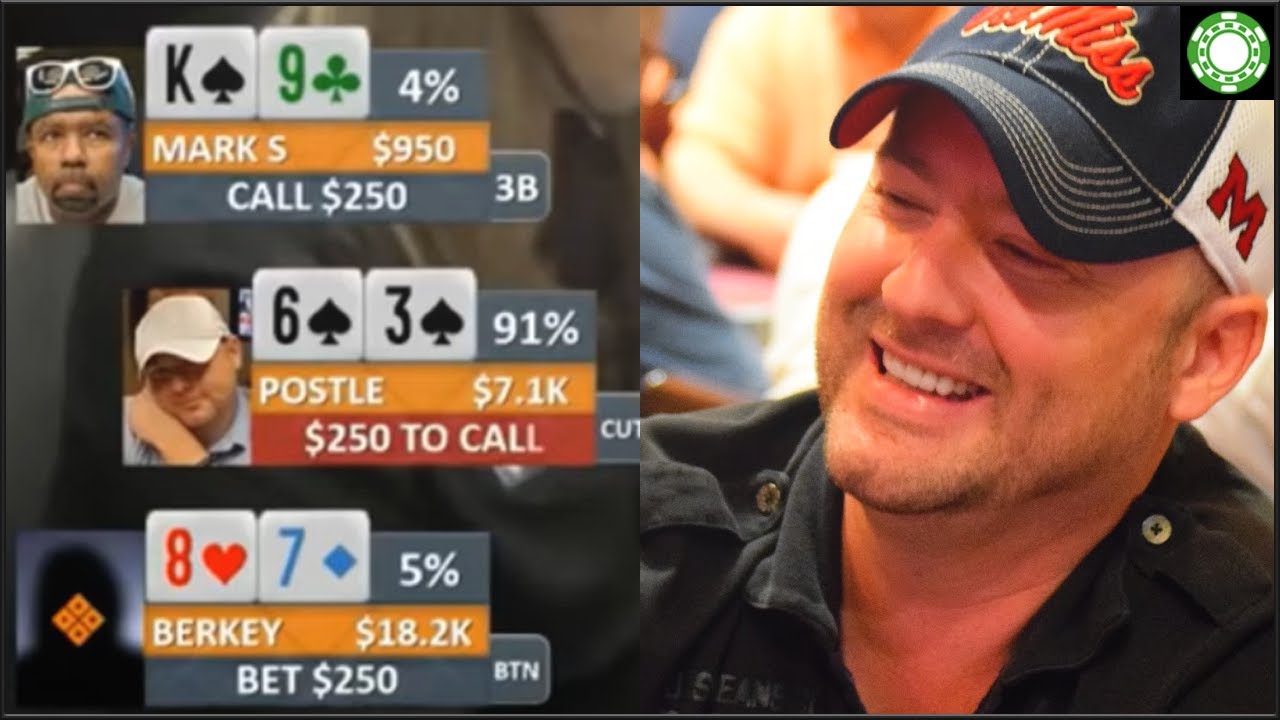 Mike Postle may have cheated, but the courts never held him accountable for his alleged act. (YouTube)

In September 2019, Veronica Brill made some bold accusations about Postle. She claims the Northern California poker pro cheated numerous times during Stones Live streams. The accused cheater instantly denied the allegations and has since maintained his innocence.

But the bulk of the poker community sides with Brill, a former friend of Postle’s who also appeared often on Stones Live.

Stones Live is sort of like a poor man’s Live at the Bike, arguably the top live-streamed poker show around. The show takes place at Stones Gambling Hall near Sacramento, California. Postle was a regular on the show for years, and was the game’s biggest winner from 2018 to 2019.

He’s accused of using some sort of electronic device, perhaps with help from a Stones Live tech team member or the casino’s tournament director Justin Kuraitis, to decipher his opponent’s hole cards. Many conspiracy theories on how he allegedly cheated have floated around. The main piece of evidence used against Postle has been his uncanny ability to seemingly always make the right decision on the river. The courts still have yet to determine he cheated, and likely never will.

Brill, along with 87 other plaintiffs, hired poker attorney Mac VerStandig to sue Postle for $10 million. The lofty asking price was just a starting point, and few thought they’d get even close to that number, especially from a player who isn’t worth near that amount. The final outcome was a disappointment to many who hoped the accused cheater would receive justice.

In June, the case was dismissed and the plaintiffs were to receive only a small fraction of the $10 million from Stones Gambling Hall, not Postle. Brill, and some of the other plaintiffs, refused to sign the agreement and, as such, won’t receive a penny. She was disappointed in the outcome and continues to stick to her story.

At this time last year, CardsChat News predicted that Postle would escape justice for allegedly cheating. Proving that a player cheated without hard evidence (i.e., catching him on camera with a device linked up to the hole cards) to a jury or judge that likely doesn’t have an advanced understanding of poker strategy wasn’t going to be easy. But, we had no idea how the case would turn in 2020.

After the civil suit was dismissed, Postle flipped the script. The Northern California poker pro filed his own lawsuit against Brill and numerous members of the poker community for allegedly defaming his character over the past year. He seeks $330 million spread across numerous plaintiffs, including Joey Ingram, ESPN, Daniel Negreanu, and Doug Polk.

Todd Witteles, host of Poker Fraud Alert Radio, is one of the defendants. He recently reported that Postle’s lawyers are attempting to be removed as counsel. Witteles’ lawyer, Eric Bensamochan, speculated that Postle hasn’t been paying his lawyers.

We won’t have an outcome to the reverse lawsuit until next year, but none of the defendants appear too concerned they’ll lose. If Postle’s out of money, he may have a hard time following through with this case until the end.