Happy New Year to everyone in the poker industry (players, media, fans). I hope you all had a wonderful time ringing in the New Year last night. Now that the holidays are out of the way, it’s time to look ahead to 2020. More specifically, my 10 predictions for what you can expect from the poker world in the coming year. 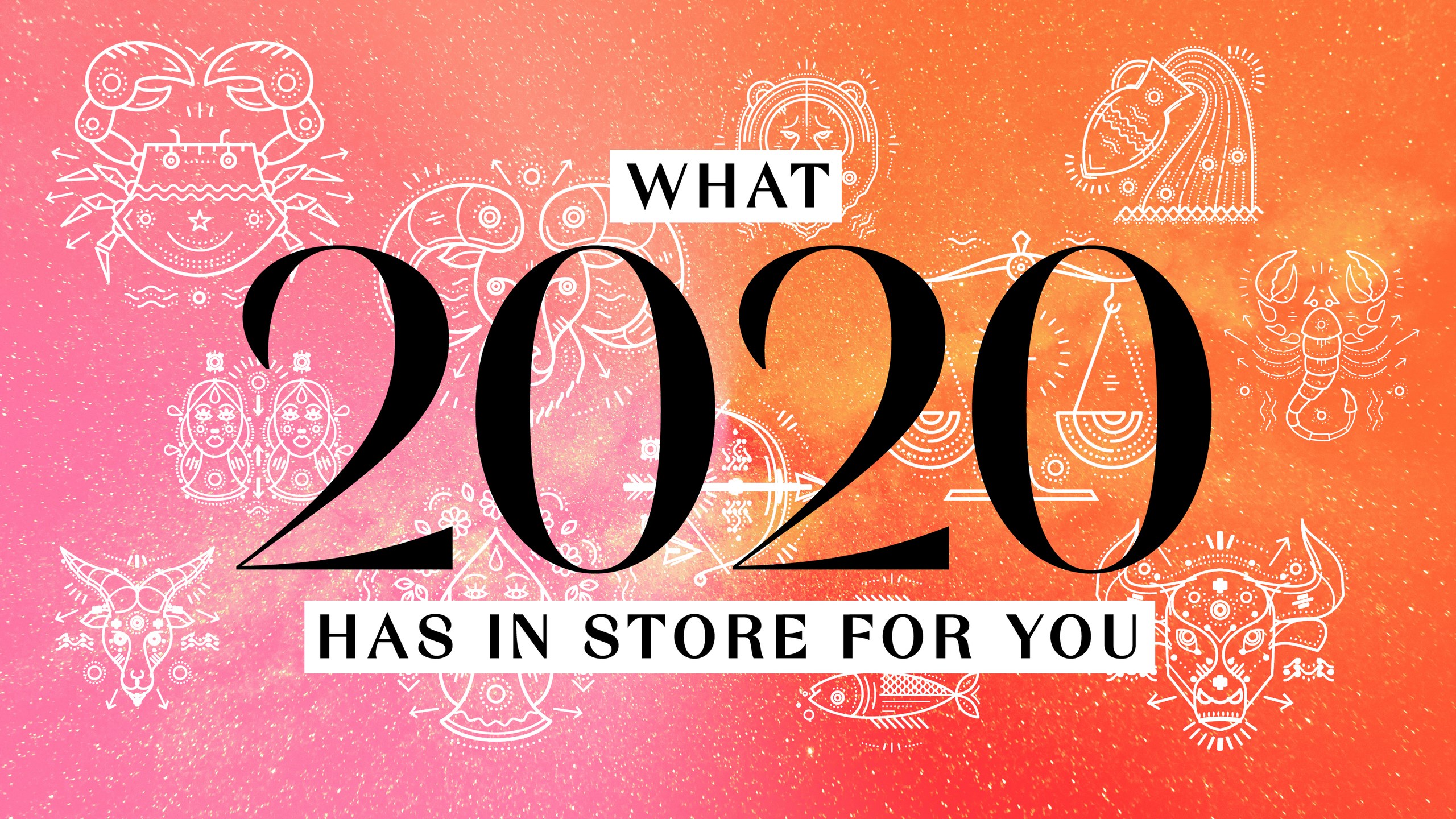 What’s in store for the poker industry in 2020? (Image: allure.com)

Before we predict the future, let’s take a look back at the year that was. It was an interesting year in poker, to say the least. We had a major alleged cheating scandal (Mike Postle), a wild outcome to the WSOP Player of the Year race, eventually won by Robert Campbell instead of the initially presumed champion, Daniel Negreanu, and crowned a new, all-time winningest live tournament player when Bryn Kenney overtook Justin Bonomo after earning $20.56 million in the Triton Million for Charity event.

The World Series of Poker hosted its 50th annual series in Las Vegas this past summer. Hossein Ensan, an Iranian player who resides in Germany, won the Main Event for $10 million. And who could forget Spain’s Ramon Collilas shipping the historic $25,000 PokerStars Poker Players Championship in the Bahamas for $5.1 million to start the year.

Now it’s time to put the past in our rear-view mirror and focus on the future.

1. WSOP Main Event Will Be Biggest of All-Time

There’s nothing better for the poker industry than when the WSOP Main Event has a massive field. When this happens in the world’s most prestigious tournament, it’s a good sign poker’s popularity is on the rise.

Since 2015, the Main Event has had a year-over-year increase of at least 300 players. If the trend continues, the 9,000 mark will soon be shattered.

Ali Imsirovic is a true asset to the poker industry. He’s been a rising star for the past couple of years, and is arguably, the top under-30 player in the game. With nearly $9 million in live tournament cashes in 2018 and 2019 combined, he’s twice been a leading candidate to win the GPI Player of the Year race. However, he hasn’t gotten over the hump to win the award.

That will change in 2020 when the Bosnian high roller crushes high-stakes tournaments all over the world. Imsirovic will be your 2020 GPI Player of the Year, winning a close race against David Peters, Stephen Chidwick, and Mikita Badziakouski. Bank on it.

The poker industry got some great news when, at the end of 2019, Michigan became the fifth US state to legalize online poker.

Michigan is the 10th largest state in the country with a population over 10 million, and an important domino toward getting more states to legalize online poker. Because of that, I expect another state to either pass legislation in 2020 — or move close to passing legislation.

It’s been a slow and frustrating process for online poker players in America since April 2011, but there is forward progress that does give US players hope in 2020.

4. Daniel Negreanu Will Win Another Bracelet

Negreanu puts in high volume, competing in most events at the WSOP each year. Winning bracelets means as much to him as anyone. I’m predicting that 2020 is the year he adds a new piece of WSOP jewelry to his trophy case, most likely in a no-limit hold ’em event.

5. Another Poker Player Will Be Outed for Cheating

Following the alleged Mike Postle cheating scandal, I wrote an article on how Postle isn’t the only cheater in the poker industry. I guarantee you, there are others who just haven’t been caught … yet. I have a feeling that day will soon come for one deserving pro.

I’m not going to speculate on which pro I think will be outed, as that would be irresponsible. But after Postlegate, it seems that poker players are less naive to the fact that cheating occurs, and are focused on preventing it from happening, which is a good thing.

The player or players who get busted may or may not be high-profile. They could be low-stakes players, similar to Postle. Or, perhaps, we’ll find out someone is cheating at the high-stakes levels. I’m not psychic, so I don’t have that answer. I do, however, anticipate a second Mike Postle situation will arise in the next year.

Bryan Kenney won $20 million in the Triton Million tournament in 2019, bringing his career cashes to $56 million, and putting him atop the list of the game’s winningest players in terms of money won. He’s a phenomenal talent who will likely add at least $5 million to that tally in coming years.

That said, we’ve seen at least one mega-winner rack up $15-$25 million in cashes each year since 2016. Whether it’s Fedor Holz, Justin Bonomo, or Bryn Kenney, one player each year goes on a wild 365-day heater. That should happen again in 2020. Thus, I expect Kenney’s record to be challenged.

The challenge won’t come from Negreanu or Seidel who, respectively, are sitting in third and fourth place on the all-time cash list. They don’t play enough events throughout the year. Nor will the challenge come from Bonomo, who is in second place, as he announced plans to take time away from poker. There are a few pros within $23 million – Dan Smith, Stephen Chidwick, and David Peters – who play enough and are talented enough to take a run at Kenney’s record.

I’ve long referred to Darren Elias as the “Phil Hellmuth of the WPT.” What I mean by that is, he’s the best ever on the World Poker Tour, much like Hellmuth is at the World Series of Poker.

Hellmuth has 15 WSOP bracelets, the most all-time. He also holds the record for most WSOP cashes with 147. Elias holds both records – cashes (38) and titles (4) – on the WPT.

As much as I’d love to see the poker industry get over its unlimited re-entry fetish, I don’t see that happening. Unfortunately, too many tournament operators are profiting big bucks from this modern-day tournament format. They aren’t going to give up those profits willingly.

Alex Foxen recently won the WPT Five Diamond World Poker Classic for $1.7 million. He put on a masterful performance at the final table, but it took him five entries to build up a stack. Many were critical of the WPT for allowing unlimited re-entry, which gives well-bankrolled players, such as Foxen, an advantage over less wealthy players.

But the genie is already out of the bottle. Tournament operators are able to offer massive guarantees on these re-entry events. While I’d love to see unlimited re-entry eliminated, it’s just not going to happen.

Phil Galfond is challenging all comers to a heads-up, high-stakes, pot-limit Omaha challenge at his poker site, Run it Once. Some interesting battles have already been announced, including a match against Bill Perkins. The most intriguing match, however, is against Dan “Jungleman” Cates.

Cates and Galfond are among the best online poker players in history. The competitors will play 7,500 hands of heads-up PLO at €100/€200 stakes. The player who profits the most money after all hands are complete will also receive an additional side bet.

I like Galfond to win this match, even though “Jungleman” is favored. Galfond is the best PLO player in the world, and Cates is a bit overconfident. He essentially guaranteed victory in a video from Bellagio, but I expect Galfond to do his talking on the felt.

I hate to ring in the new year with negativity, but I have to call it like I see it. Whether you think Mike Postle is guilty or not won’t change the likelihood that he is never convicted – or even charged – of a crime, or be forced to pay any money from a lawsuit.

Poker attorney Mac VerStandig and his team filed a $10 million lawsuit against Postle and the casino. My unfortunate prediction is, they’ll never win the case. I’ve felt this way for months, and my prediction hasn’t changed.

It’s hard for me, and most poker players, to believe Postle didn’t cheat. He was accurate far too often — almost at a 100-percent rate over numerous live streams — on the river. It’s far too improbable for me to believe he is just that talented while playing at such low stakes.

But my opinion — and your opinion, for that matter — don’t count in the court of law. The opinion of jurors, most of whom probably don’t understand poker, are what matter. Unfortunately, I don’t have enough confidence in our justice system to get this one right.

The first and third one sound promising.
I hope poker will become more popular everywhere, both online and live.

I hope WSOP Main Event has the all time entries record this year , it will be a very good sign for poker worldwide . When one or more states in the USA legalise online poker in 2020 , this will also be a promising step in the right direction for poker in the US and the world .

Moreover , I desire jungleman to be the winner vs Glfond’s challenge 🙂 and Negreanu to win his new bracelet ( at last 🙂 ) .