Quad Alert: Four Jacks Does it For Joe McKeehen in US Poker Open

Joe McKeehen hit quad jacks on the final hand of US Poker Open Event #3 and busted two players at once. Ali Imsirovic, one of the players on the short end of the stick in that hand, extended his PokerGO Tour lead despite the unfavorable ending in the $10,000 buy-in, No-Limit Hold’em tournament. 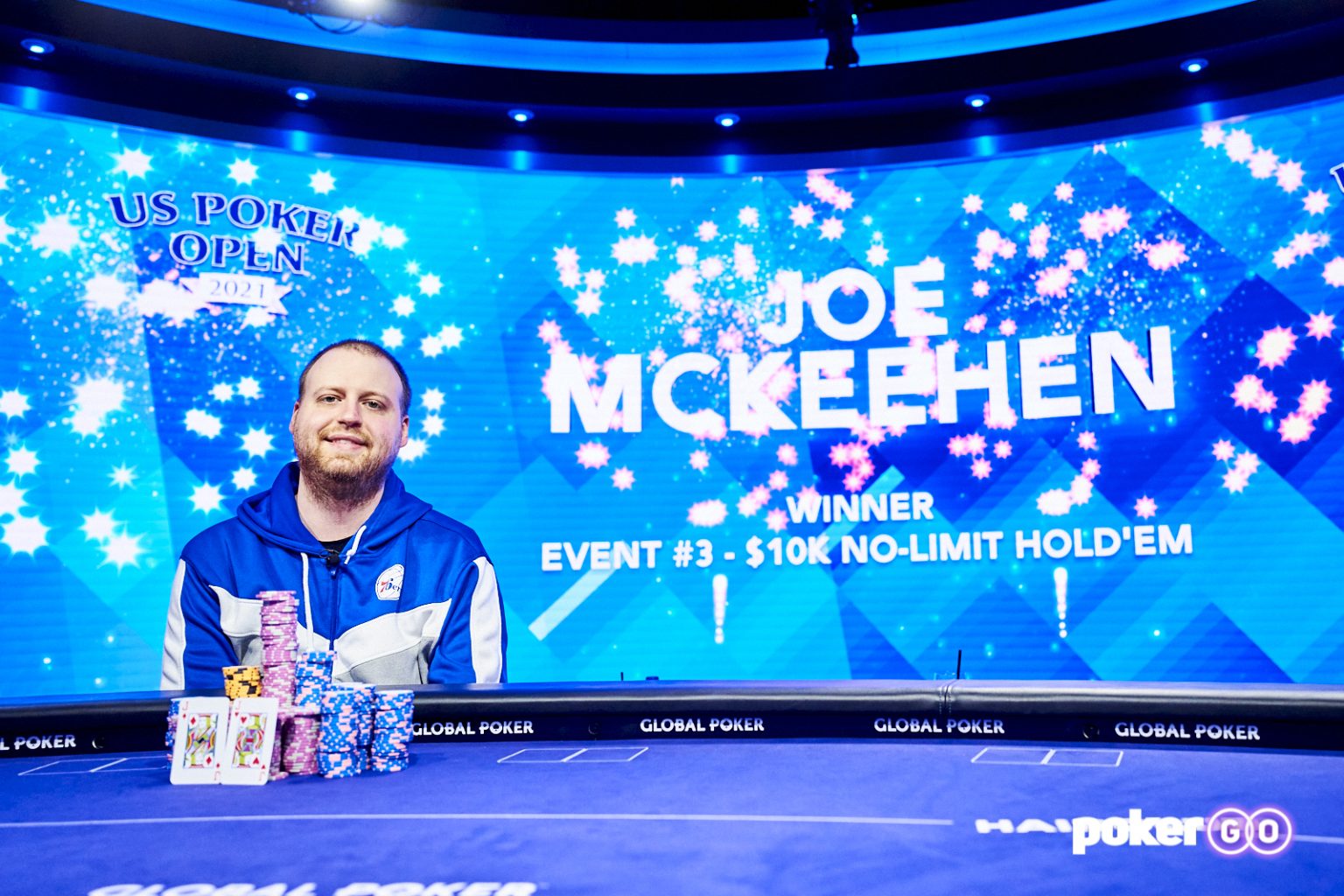 McKeehen showed the poker world once again that his 2015 WSOP Main Event title certainly was no fluke. In the six years following that win, the Pennsylvania native has accumulated more than $7 million in live tournament cashes, a pair of WSOP bracelets, and now, a US Poker Open title.

McKeehen, who entered the final table with the chip lead, finished off the tournament with an explosive hand. Imsirovic, who had less than a full big blind left, was all-in with 10-6 off-suit. McKeehen, who had better than a 3-1 chip advantage over Ray Qartomy, then raised to 325,000 with pocket jacks. Qartomy quickly moved all-in with pocket fives for 2.2 million and got a snap-call from the former world champion.

Imsirovic didn’t pull out his sixth high-roller title of 2021, but he did earn 100 PokerGO Tour points and extended his lead over Sean Perry. The young Bosnian superstar now has 1,516 points, and Perry is stuck on 1,156. McKeehen, who isn’t among the leaders in the PokerGO Tour standings, earned 200 points for first place.

Event #4 of the 2021 US Poker Open in Las Vegas also began on Sunday afternoon. That tournament, a $10,000 Big Bet Mix event, has 48 entrants, seven of whom will get paid at least $19,200, with the champion taking home $163,200 on Monday. At the time of publishing, the Big Bet Mix event had 27 players remaining, and the tournament is scheduled to play down to a final table before shutting it down for the night.

You can catch the final table on the PokerGO app (paid subscription required) at 1 pm PT Monday, one hour after play begins.