Joe McKeehen, the 2015 WSOP Main Event champion enters Sunday’s US Poker Open Event #3 final table with the chip lead. The Philadelphia sports fanatic continues his dominance in tournament poker and is one of seven players chasing the $200,200 first place prize. 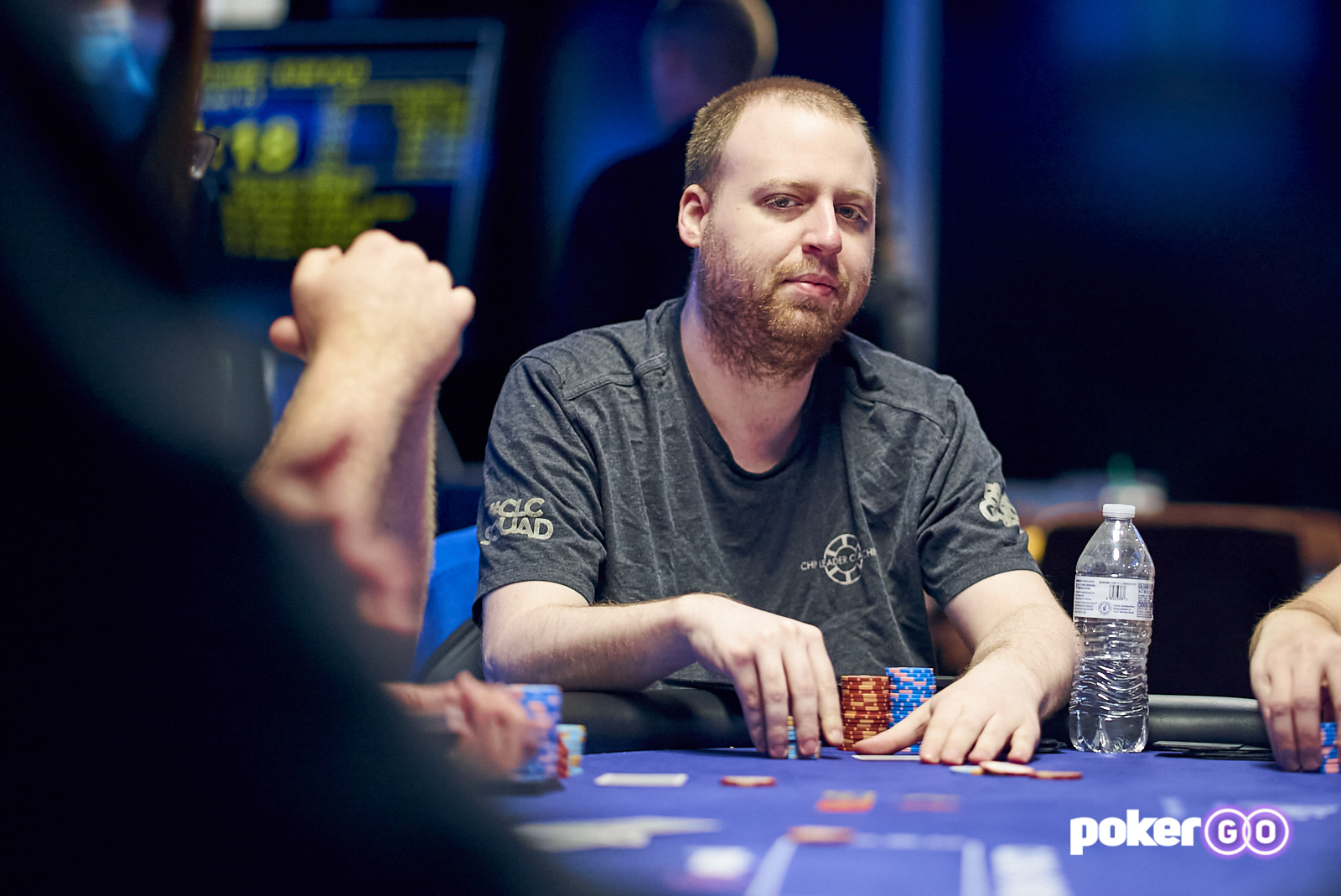 Joe McKeehen is one of the best tournament grinders in the game, although he probably doesn’t get enough credit. (Image courtesy PokerGO)

Saturday’s play inside the PokerGO Studio also included a dominating final table performance from Sam Soverel, who has become one of the top high rollers over the past few years. Soverel conquered US Poker Open Event #2, $10,000 Pot-Limit Omaha, which drew 65 players and paid 10.

Alex Foxen, who recently won a WPT Online Series high roller, took seventh place in the PLO tournament for $32,500. Matthew Ploof busted in sixth place and earned $39,000, and was followed by Maxx Coleman out the door ($52,000). Dylan Weisman was the fourth place finisher, good for $65,000. Marc Brody was eliminated in third place ($84,500), which set up a heads-up match between Soverel and Jordan Cristos.

The quick heads-up match ended with Soverel taking down his second PokerGO Tour high roller of 2021 for $175,500. He now has over $14.8 million in live tournament cashes. Cristos didn’t go home empty-handed, and received $130,000 as a consolation prize, bringing his career totals over $3.2 million.

Joe McKeehen won the 2015 World Series of Poker Main Event for $7.7 million. Unlike some past world champs, that victory certainly was no fluke. The Pennsylvania poker pro has nearly $7 million in additional cashes, including two more bracelets. On Sunday, he’ll attempt to further add to that impressive resume with a US Poker Open title.

McKeehen reached the final table of seven in the third USPO event — $10,000 No-Limit Hold’em — as the chip leader. He holds a slight advantage over Ali Imsirovic, who has been the hottest player on the high roller circuit this year. The young talented Bosnian pro already has five wins this year and leads the PokerGO Tour standings, and he’ll be adding to his 266 point lead over Sean Perry regardless of his finish on Sunday.

Steve Zolotow, Ray Qartomy, Justin Saliba, Jake Schindler, and Barry Hutter round out the final table, which begins at noon PT Sunday. You can watch the action on a one-hour delay beginning at 1 pm PT on the PokerGO app. The winner will take home $200,200 and each of the remaining seven players has a guaranteed $38,500 payout.