If the marketing team at GGPoker wanted to spark a reaction by signing Dan Bilzerian, they certainly got their wish. In fact, they may have already gotten more than they bargained for. 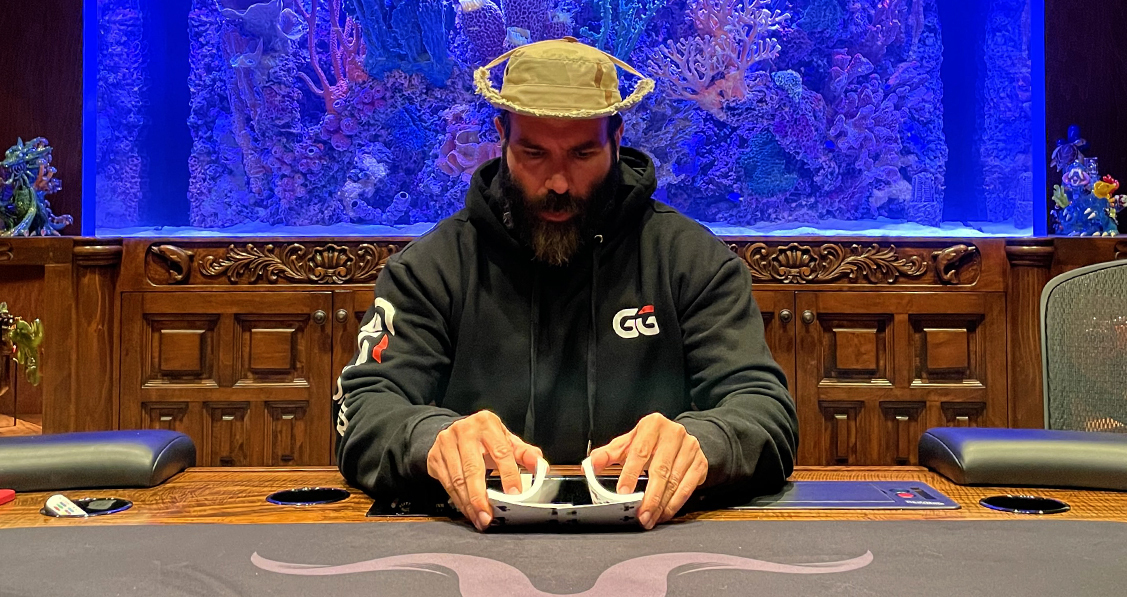 GGPoker’s deal with Dan Bilzerian hasn’t gone down well with some members of the poker community. (Image: GGPoker)

Just 24 hours after the news broke, some members of the poker community have given their take on the partnership.

Given Bilzerian’s reputation for generating controversy and strong opinions, it’s hardly surprising that reactions to the announcement are split. One thing’s for certain though, the man himself hasn’t helped matters by calling one of his critics a “hoe” (sic).

Twitter user GreatGamer opened the discussion with a simple question: “thoughts?” Dr. Alexandra Chauran was the first to respond. The poker player, Twitch streamer, and “second-generation fortune teller,” commented on the lack of diversity in Team GGPoker.

“OMGz, it’s like they’re aggressively avoiding female representation in their ambassadorship,” she tweeted.

The issue, in her opinion, is compounded by Bilzerian’s Instagram antics and general reputation as a millionaire playboy. Julie Bonnett was quick to agree. Calling Bilzerian a “misogynist,” she believes GGPoker’s decision is “horrifying.”

Other tweets point toward Bilzerian’s previous stunts, such as throwing a woman off a roof (see video below), as reasons why his signing was a bad move by GGPoker.

Daniel Negreanu, often seen as a clean-cut ambassador for all that is good in poker, has been unable to avoid getting caught in the melee. Bilzerian, on the other hand, is sen differently. Despite being polar opposites, Negreanu was quick to welcome Bilzerian to the team.

“GGPoker making all the moves! When it comes to poker and mainstream reach, there isn’t a bigger influencer in the world. Welcome aboard Dan Bilzerian,” Negreanu tweeted.

That clearly didn’t sit well with some people.

Bilzerian Knows How to Generate Publicity

The reaction to GGPoker’s signing of Bilzerian wasn’t all bad. Some poker players were indifferent, while others understand that shock value can be a valid business play.

Lots of people hated Howard Stern too, yet they listened longer! The worst you could do is hire someone most people are indifferent about. Personally couldn't care less though.

Perhaps the most vitriolic responses came from Vanessa Kade.

“The idea that this guy is being validated as the face of poker really sucks,” Kade tweeted. “When I tell someone I’m a poker player it’s not what I hope they envision and doesn’t make me proud to be a part of it.”

I literally use “does he follow Dan Bilzerian” as a dating filter because it tells me enough about their character that I know they’re probably tacky, sleazy, and superficial.

I want a man, not a child who idealizes a guy who desperately pays women to make himself seem cool.

Kade’s Twitter tirade clearly irked Bilzerian, who replied in a way that GGPoker’s marketing team may not be happy with. 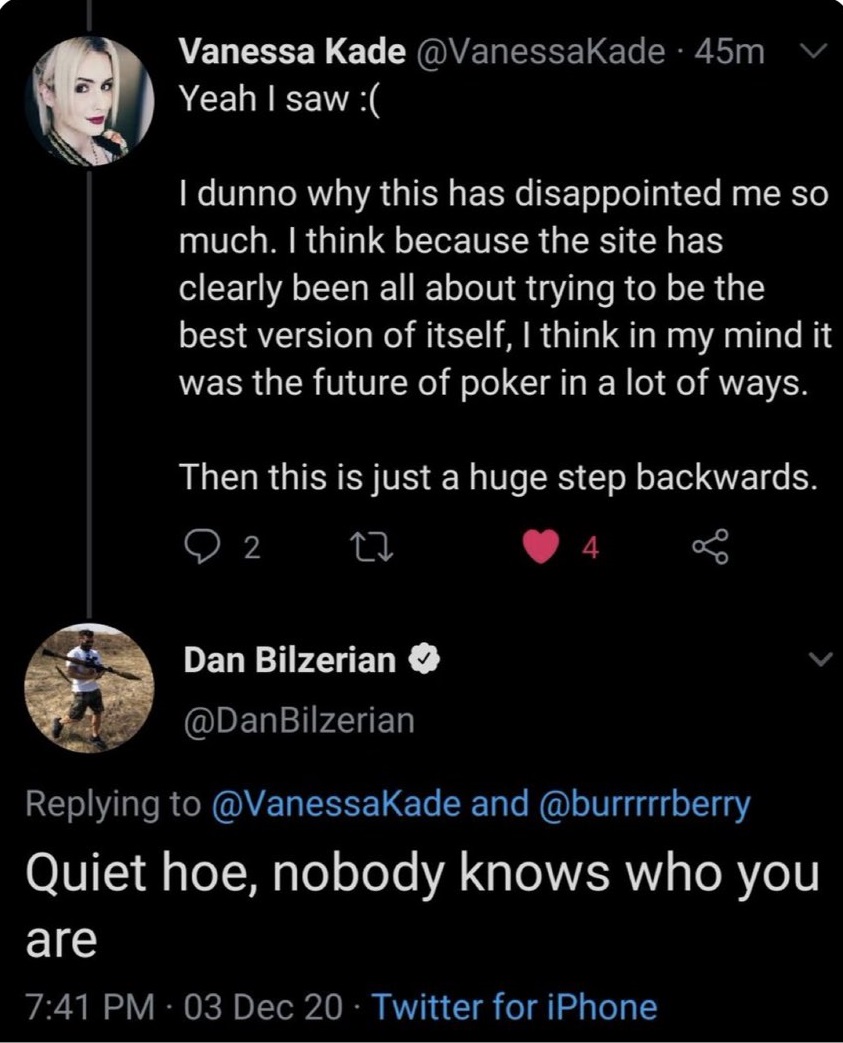 “Quiet hoe, nobody knows who you are,” Bilzerian snapped back.

One thing’s for sure, GGPoker has definitely generated some buzz with its latest move. Whether it’s the kind of reaction the marketing team wanted debatable. However, as they say in media circles, there’s no such thing as bad publicity.

Vanessa is right, and this has disappointed me so much in watching the complicit silence that has followed. I’ve waited a few days in case someone wanted wanted time to craft a reply. It’s more like be silent and hope it all goes away.

To those that say poker is an all inclusive game with a few bad apples. Well you know what they say about bad apples.

If you justify going off on a tirade about someone saying something about “your” wife and yet remain silent on this, it shows that “your” wife is more about abuse of “your” property , your bottom line and your machismo than actually being enraged on behalf of another human being.

Days have past and I’ve never been more disappointed in the pro community than I am now.