Dan Bilzerian has made some lofty claims when it comes to the amount of money he’s made in poker, and it seems his comments have irked a certain billionaire who now wants to play him heads-up for $100 million. 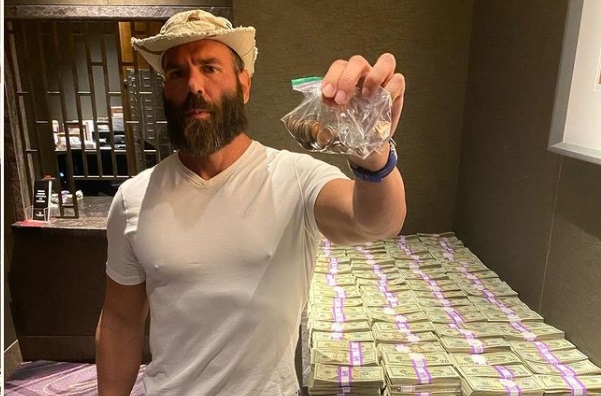 Bilzerian teased us with the prospect of an ultra-high stakes showdown during an interview with Logan Paul. The details are scant at this stage, and the status of the match is far from certain. However, during a discussion about poker on Paul’s podcast, Impaulsive, Bilzerian talked about upsetting a guy named Alec Gores, a 68-year old Israeli billionaire who made his fortune in private equity. (see video below).

On the podcast, Bilzerian claims to have beaten Gores for $50 million over the years — a figure the billionaire disputes.

Gores reportedly messaged Bilzerian after hearing him discussing his poker success on the podcast. According to Bilzerian, Gores wasn’t happy about the details being made public, particularly since they were, in his view, wrong.

“That guy Alec. He texted me. I said I beat him for like $40 to $50 million. He was like, the number wasn’t that high, I want to play you heads-up. Let’s see who has the bigger balls,” Bilzerian said.

Now, it looks like the two players may engage in what could be an epic measuring contest to see who’s really bigger — and the poker world might get to watch. Bilzerian says he’s willing to put up $50 million and play. At this point, Gores hasn’t yet committed to the match.

Games of this magnitude rarely get spoken about in public, let alone recorded. However, if Bilzerian gets his wish for this match to be a pay-per-view event, it will be a rare glimpse into the world of ultra-high stakes poker.

Details are fuzzy, but battle lines have been drawn

At this stage, the proposed $100 million heads-up match is just hype. Bilzerian is a master of self-promotion and no details, other than the stakes, have been finalized. We do know, however, that Bilzerian is a GGPoker ambassador. GGPoker has made a name for itself over the last two years as the operator that breaks records. A $100 million heads-up match would certainly break records, especially if it was televised and sponsored by GGPoker.

Gores is the founder of the Gores Group, which is a private equity firm that specializes in acquiring mature and emerging businesses. Through that company and other ventures, Gores is worth $2.8 billion, according to Forbes. A 2012 article by GQ Magazine listed Gores as a player in some of the most exclusive poker games in LA, including the infamous games hosted by Molly Bloom and immortalized in the book and subsequent movie, Molly’s Game.