As the World Series of Poker Main Event roared on, there were still 14 bracelets to be won last week. Julien Martini grabbed his third bracelet within nine months, and a bunch of other players got their first career wins. The WSOP is scheduled to come to a close with the Tournament of Champions, a three-day event that starts Monday.

The Main Event is currently at 10 players. They return today at 2 p.m. to play down to the final four. A winner will be made on Saturday. 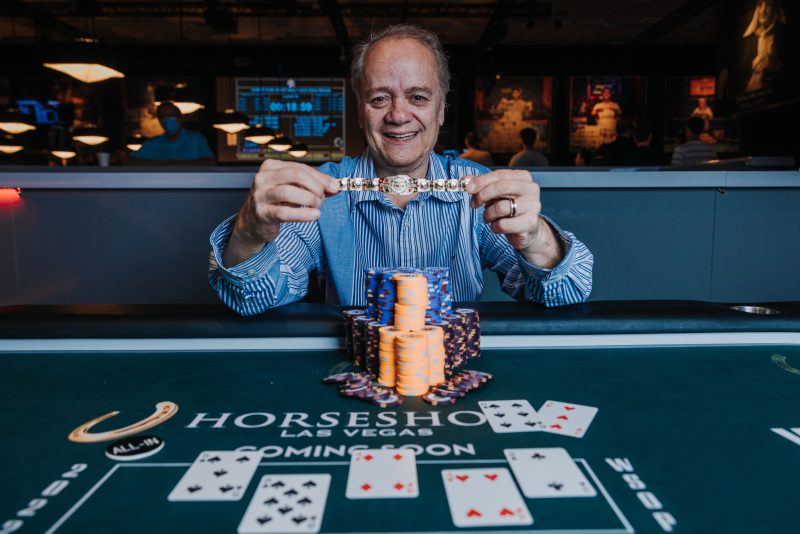 In order to secure his first bracelet in his 37th cash, Allis had to make it through 2013 WSOP Main Event champ Ryan Riess heads-up. And the ending was a strange one: Allis went all-in before it was his turn to act with 63 off-suite and got snap-called by 99. But the board built an open-ender which got there on the river, and Allis now has more than $800K in WSOP winnings. 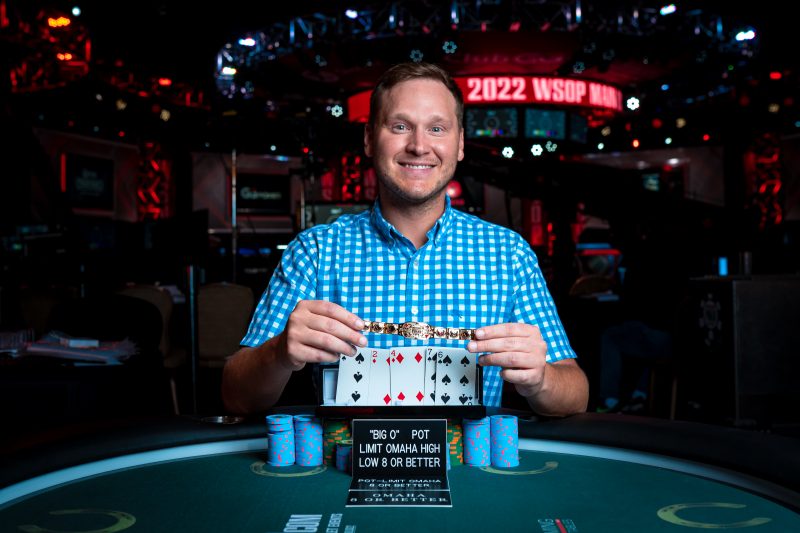 The Missoula, Mont. resident came close to winning a bracelet in 2014 when he finished fifth in the Milly Maker for $355K, but was able to seal the deal in the PLO mixed-game event that featured Pot-Limit Omaha Hi-Lo 8 or Better, Omaha Hi-Lo 8 or Better and Big O. He now has more than a half-million dollars in WSOP winnings. 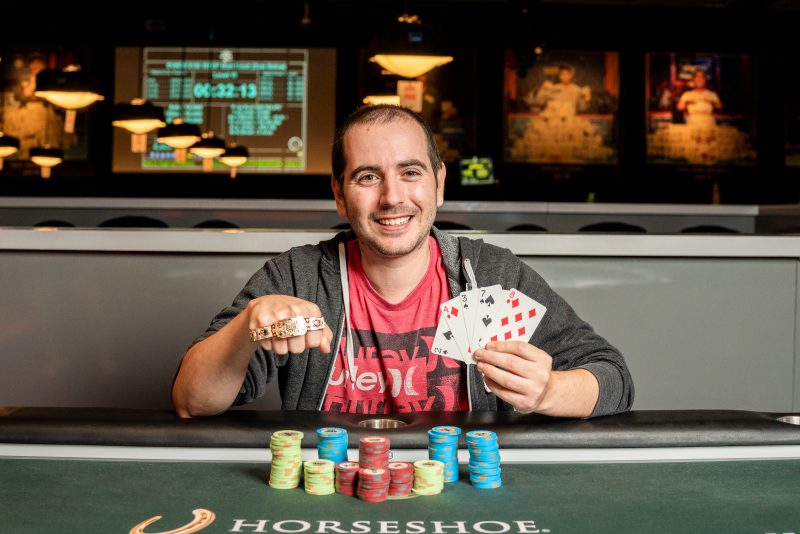 The professional player won his second bracelet and pushed his WSOP earnings over the $2 million mark. His first bracelet came in a $5K no-limit event in 2019, and he has a handful of final tables among his 60 cashes, including a third-place finish in the $2,500 Mixed Triple-Draw Lowball event. 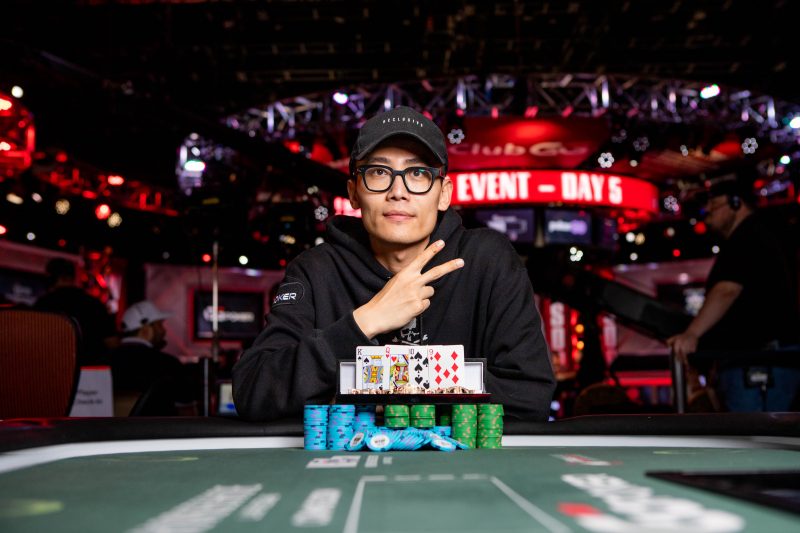 The man from Calgary took down the bounty event for his first bracelet and only fifth WSOP cash. He has a handful of wins playing tournaments in casinos across Alberta. 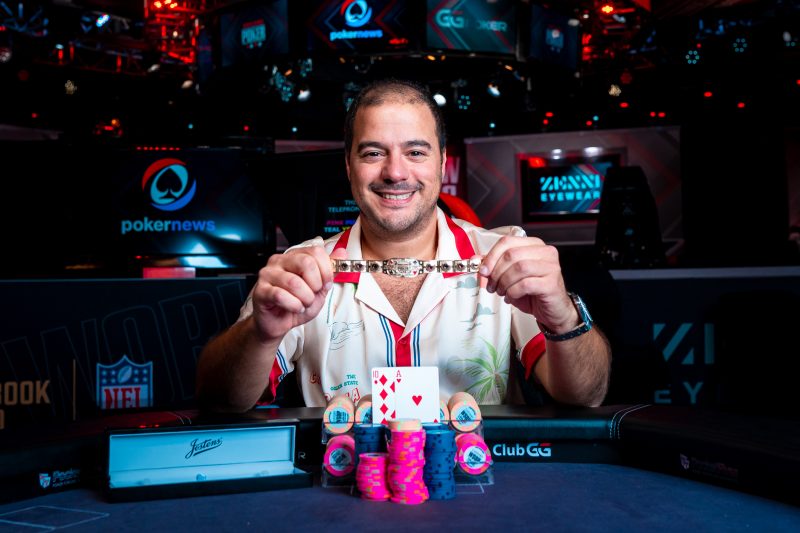 The Frenchman got his first bracelet in the seven-handed, $777,777 guaranteed first-place event and, yes, it happened in his seventh WSOP cash. 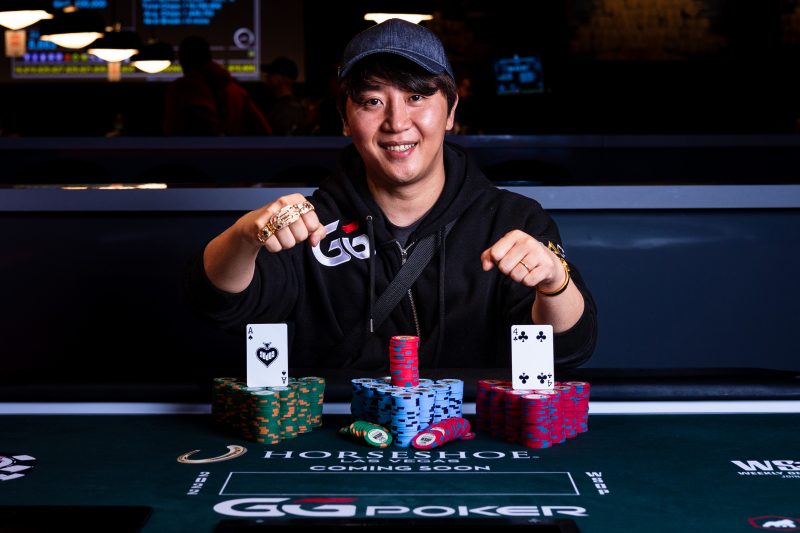 Hong’s WSOP results have slowly gotten better since he started cashing in 2021, where he managed to cash in five events, but never cracked 100th place. This year he’s cashed three times, no worst than 55th, and won his first bracelet. He’s from Seoul. 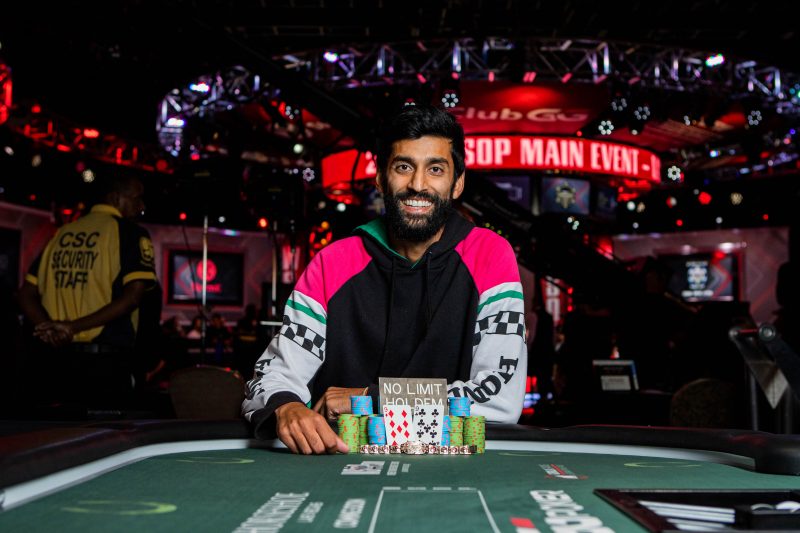 It’s the second bracelet for the man from Huntsville, Ala., the first coming nine years ago. The win pushes his WSOP cashes over the $1 million mark. It was his fifth cash of the 2022 Series, and 12th since 2021. 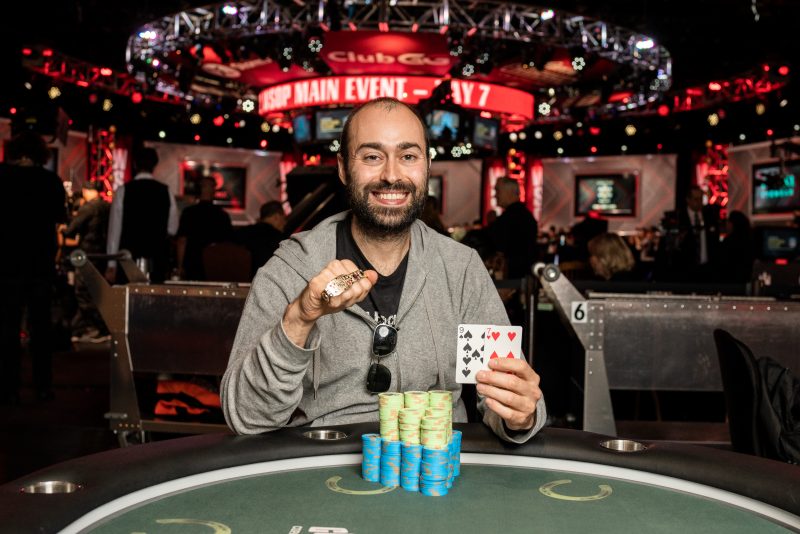 Aube, from Quebec, has only two tournament cashes to his name. This is the second one. Yes, it’s for a bracelet worth a half-million dollars. That’s sweeter than the purest maple syrup. 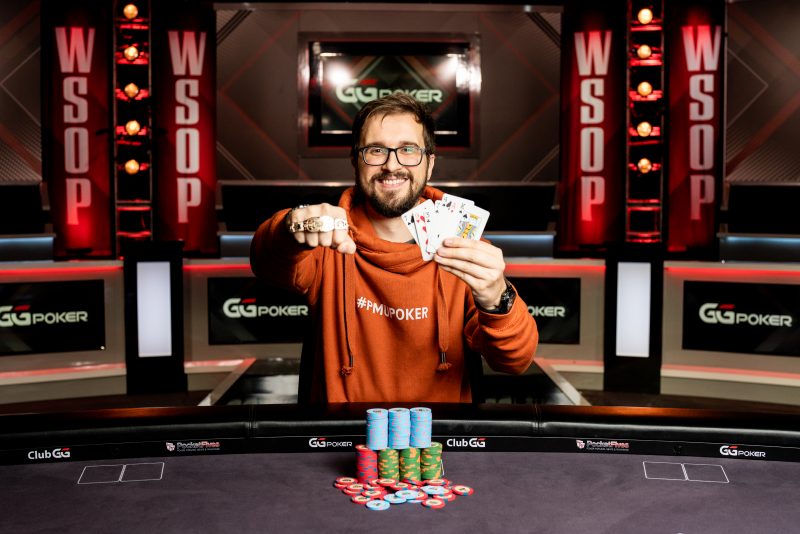 Martini is running hotter than a pair of stilettos. This is the Frenchman’s third bracelet in nine months, the other two coming at WSOP Europe late last year. He won a $1,500 PLO 8OB event in 2018 and is just shy of $1 million in WSOP wins. 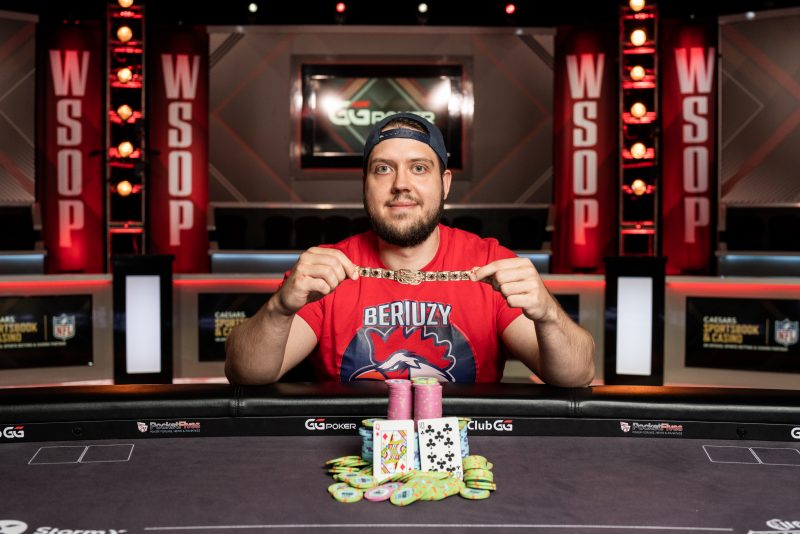 Another player with a short tournament resume, the Latvian none-the-less won his first bracelet in his fifth WSOP cash in the low buy-in bonanza. 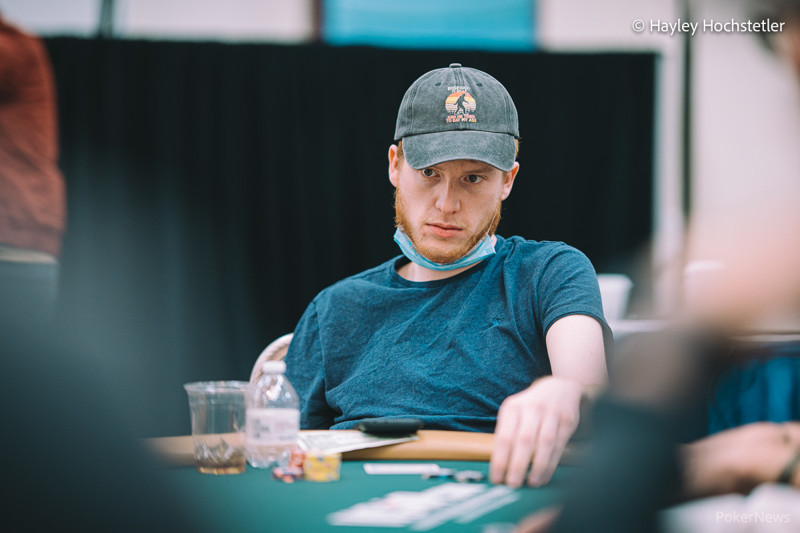 Lodge shoved his WSOP winnings over the $1 million mark by taking down the big buy-in online event. It’s the  tenth cash this Series and the 50th since 2015 for the man from Haywards Heath, UK. The final table was killer. Andrew Robl finished second, Daniel Lazrus, third, Davis Peters, fourth, and Daniel Negreanu, fifth. 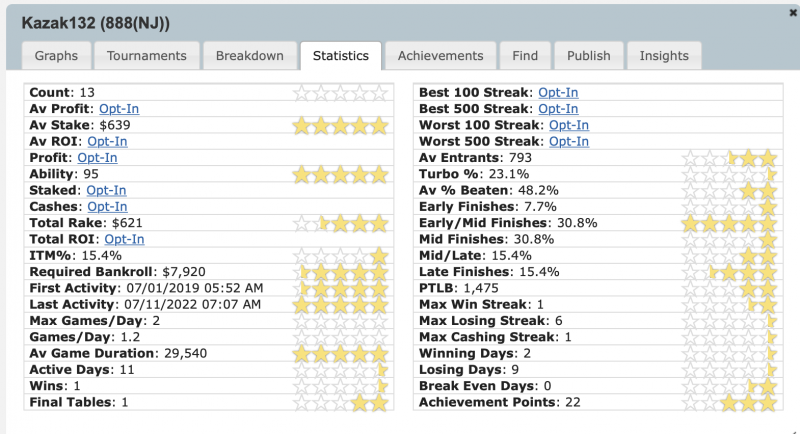 Minakin took his shot playing most of the online events this year, and it paid off for him on Sunday when he won his first WSOP bracelet. He’s from Eagan, Minn. 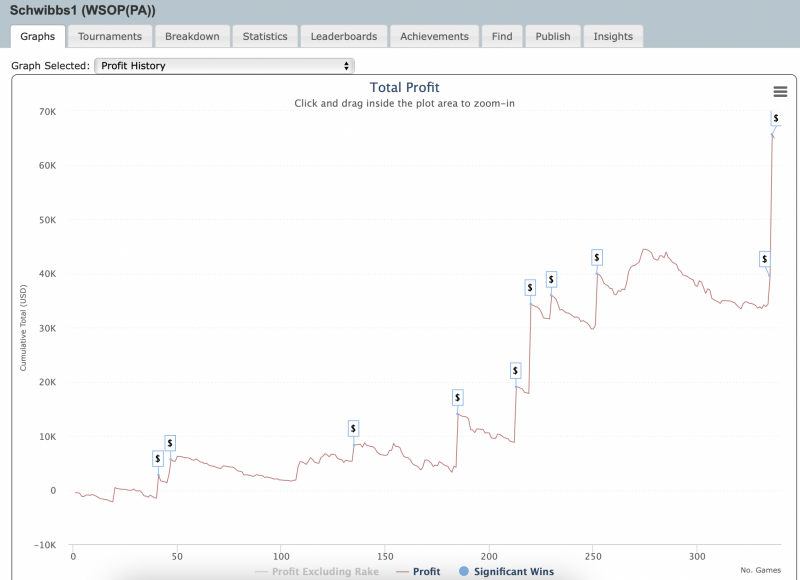 In 337 games on WSOP.com in Pennsylvania, Schwint has won two rings and a bracelet, which was he won Sunday. He’s cashed a dozen times in WSOP.com bracelet and Circuit events for $74K since he started playing in Aug. 2021. And he owns a very sexy Sharkscope chart. Schwing!

This was Lautenbacher’s best tournament cash to date, and only his second played on WSOP.com in Michigan. It’s his first bracelet.