It’s been a tough WSOP so far for poker legend Daniel Negreanu, which seemingly came to a boiling point for the 47-year-old poker pro, after he took a tough beat to bust out of the $250K high-roller event. After getting it in good in a big pot early on Day 2, Negreanu lost to a runner-runner flush and, in response, smashed his vlogging camera on the ground before confirming he was busted out. 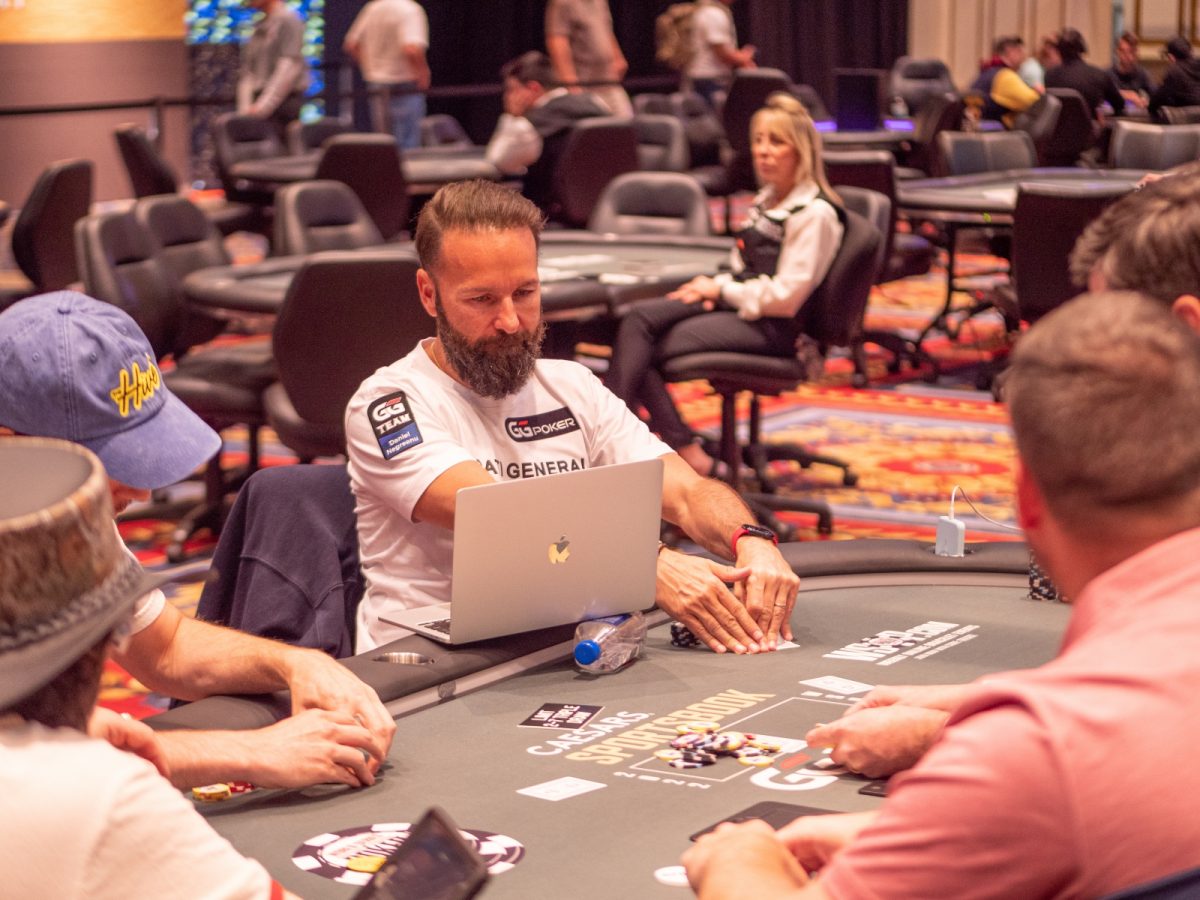 Daniel Negreanu sits at a WSOP table with a piece of electronic equipment that he hasn’t yet smashed on the floor. (Image: Chris Wallace/CardsChat)

The hand in question saw Andrew Robl raise to 90K at blind levels of 20K-40K. David Peters, who won the $100K High Roller Bounty event to start the WSOP, three-bet shoved for 1.5 million with Q♠-10♠. Next to act, Negreanu woke up with a dominating hand, a pair of 10s, and called to create a huge pot early on.

The flop came K♦ 9♠ 6♥, which gave Peters some more outs. The 7♠ turn gave him even more. A third spade came on the river, giving Peters the flush, and causing the outburst from Negreanu.

Negreanu down almost a million


Negreanu has been running daily vlogs on his youtube channel throughout the WSOP, and on Friday’s installment, he said that he was already down nearly $1 million on the series this year. $979,389, to be exact. This includes the two bullets he fired in Friday’s event — a $500K investment with nothing in return, thanks to the bad beat.

Naturally, Negreanu’s brief tantrum drew plenty of chatter on Twitter, with most people saying they understood his frustration and weren’t necessarily bothered by it. One person who was outspoken against Negreanu was four-time WSOP bracelet winner Justin Bonomo, who posted a number of polls in reaction to the event.

1) barely relatable at all. I’ll sometimes loudly curse when playing online by myself, but almost never react worse than that

While his initial tweet didn’t seem to ruffle too many feathers, Bonomo went further, wondering how the incident would affect women who want to play poker, claiming that this kind of behavior at the table might make them feel unsafe. This take got much more pushback.

Why aren’t there more women in poker?

Maybe it’s because 36% of (mostly male) poker players don’t give one single fuck about what makes 50% of women feel unsafe 🧐 pic.twitter.com/pN6Qf74h6V

On the other side, Patrick Leonard tweeted out his support of Negreanu — not necessarily supporting his actions, but pointing out that seeing a player of Negreanu’s status get frustrated over a poker hand is refreshing for him.

I actually really like this. 90% of players running bad every day, seeing somebody just smashing their stuff up as if they’re in their office with their mouse is refreshing imo. It’s relatable and refreshing imo! He’s not berating players or anything. #teamdnegs pic.twitter.com/C1T6WLXWVo

Negreanu has yet to release any sort of official statement on the incident on his social media pages, but he has responded to a few tweets, claiming that it was simply a momentary breaking point for him. 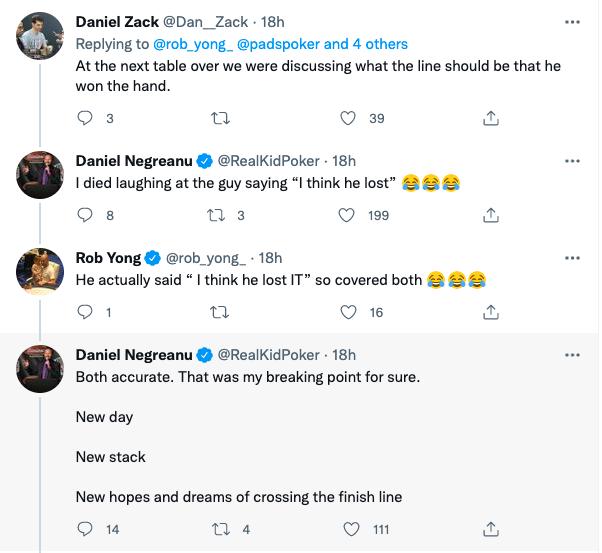 Alex Foxen went on to win the $250K event, starting the final table as the chip leader, and never letting that lead go. He earned a career-best score worth more than $4.5 million and his first WSOP bracelet.