Big Winners of the Week (March 7 – 13): Sinishtaj Wins Millions at the Wynn, Adams Scores Big in Prague, and Gavin Gets One in Galway

It was another action-packed seven days for players on both sides of the Atlantic last week. With the EPT back in full force and high-profile events popping off in Las Vegas, those with their eyes on a prize have been spoilt for choice. As such, some of poker’s biggest names have made it into this week’s Big Winners rundown. Topping the bill with a seven-figure score is Tony Sinishtaj, closely followed by Canadian star Timothy Adams. To see their results, plus many more from the tournament world, scroll down for CardsChat’s Big Winners of the Week ending March 13. 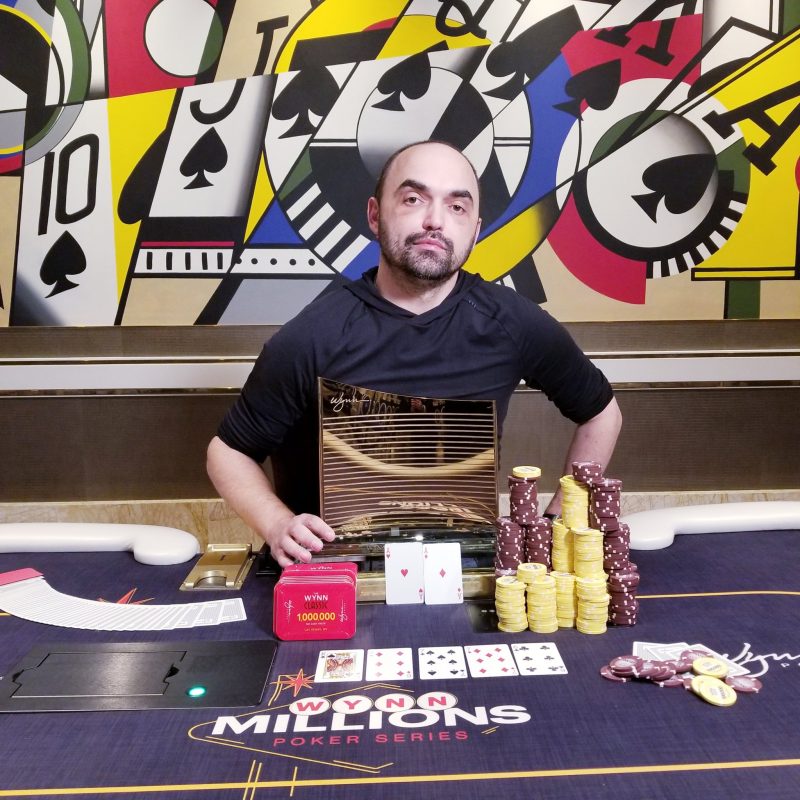 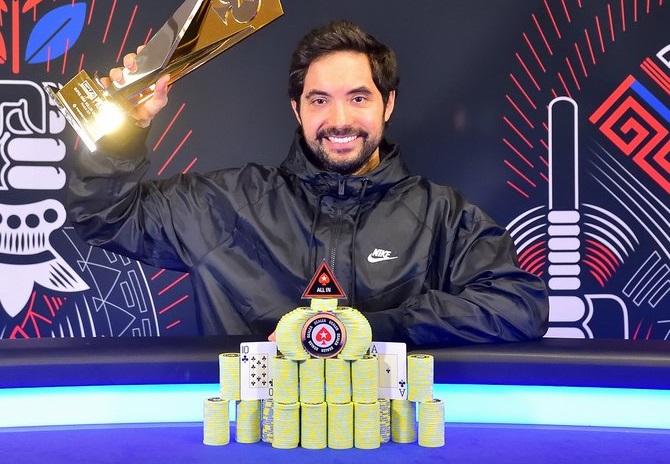 There have been some huge fields at EPT Prague this year, but Adams only had to beat 44 players to win over $800,000. Canada’s second all-time money winner is something of a specialist in high rollers and he proved that again on Friday. Adams’ told EPT reporters that winning a €50,000 ($55,000) tournament often comes down to the cards you’re dealt because everyone is “world-class.” If that’s true, Adams must be getting hit by the deck more than most as he now has victories in 13 major live events to his name. 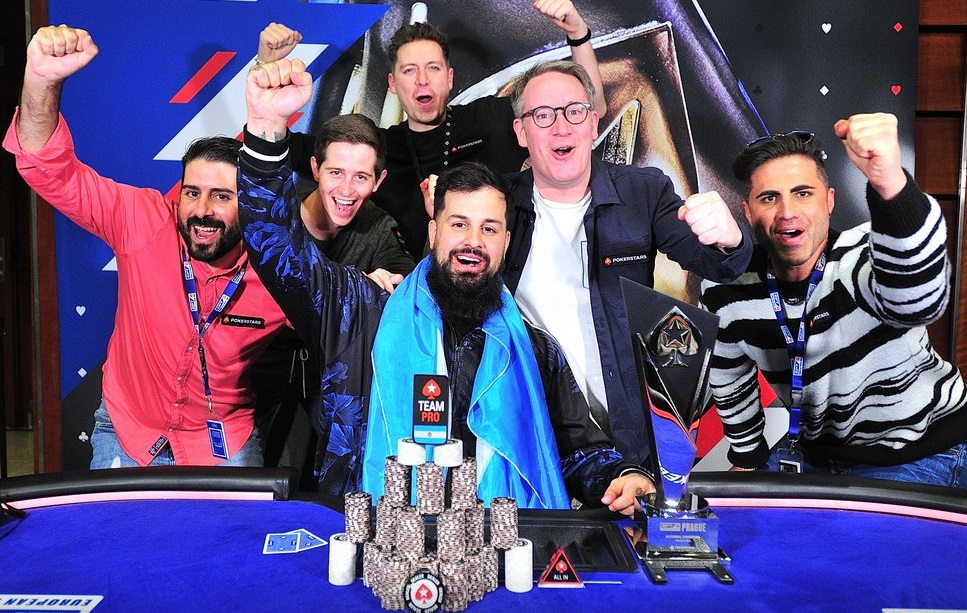 Lococo, aka “Papo MC,” proved he can hand out beats as well as rap to them by taking down the €1,100 ($1,200) Eureka main event. The Argentinian rapper, poker player, and PokerStars ambassador defeated the largest field in EPT history (3,155 entries) to pick up his third live win on Thursday. Lococo’s first EPT title comes off the back of a seventh place finish in the 2021 WSOP Main Event. He now has over $1.8 million in poker earnings, which isn’t bad for a poker-loving musician. 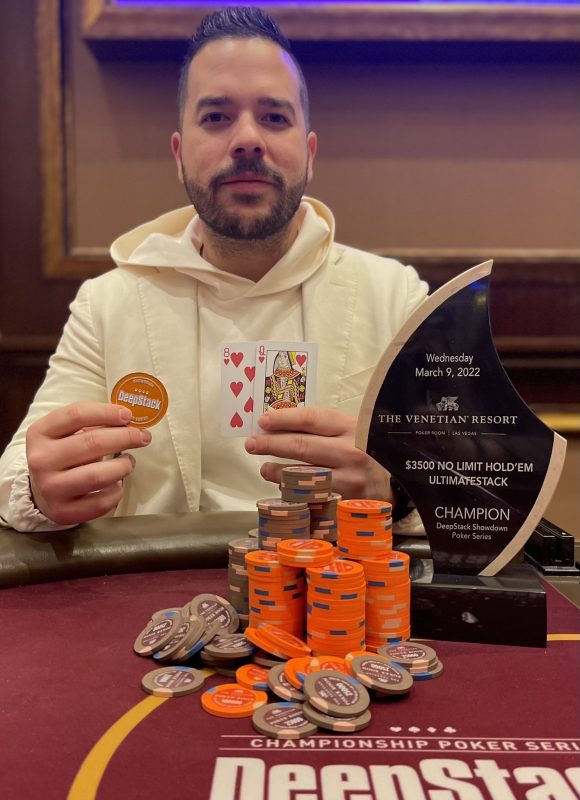 Jattin continued his fireball-hot start to 2022 with his third victory of the year on Wednesday, The Colombian beat 409 players in the $3,500 Ultimatestack event at the Venetian. Jattin won two events at the WPT Lucky Hearts Poker Open in January for a total of $364K. With his latest result, he’s now the number-one on the Colombian money list with over $6 million in tournament cashes 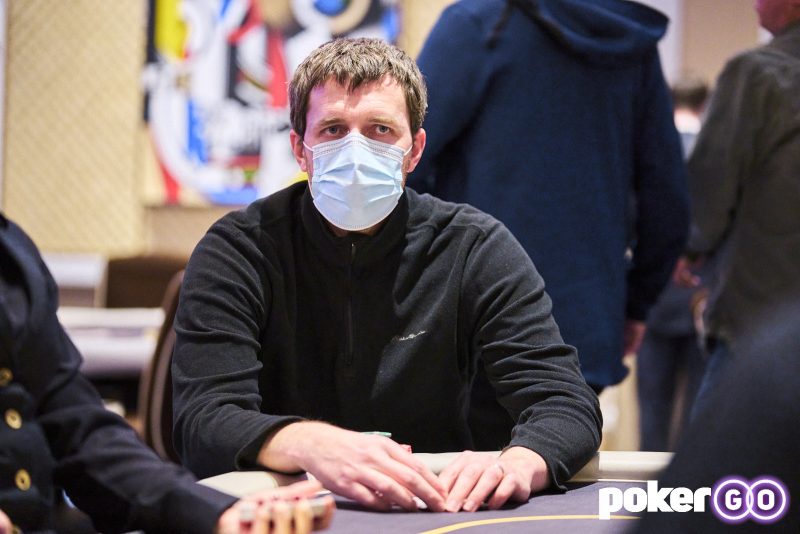 Schutten, who besides being a formidable high-stakes poker player, is an ICU nurse. He made up for missing the money in the $10 million guaranteed Wynn Millions main event, by winning the series’ $15K event on Tuesday. Schutten topped a field of 43 players to bank a six-figure sum, just a day after finishing ninth for $21,900 in a $10K event at the Wynn. 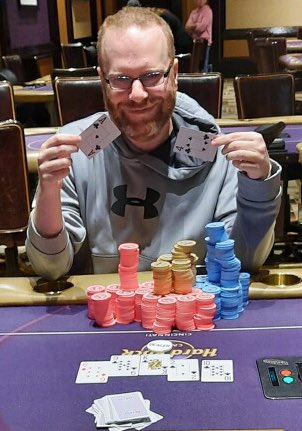 “Who said 2 card poker can’t be fun?” wrote Friedman on Twitter after taking down the $500K guaranteed event at Hard Rock Cincy. Friedman, who calls Ohio his home, is one of the world’s best mixed-game specialists and is the back-to-back reigning WSOP dealers-choice champion. His win is the second in his home state: In 2019, Mid-States Poker Tour (MSPT) $1,100 Main Event at JACK Cleveland Casino for $121,405. 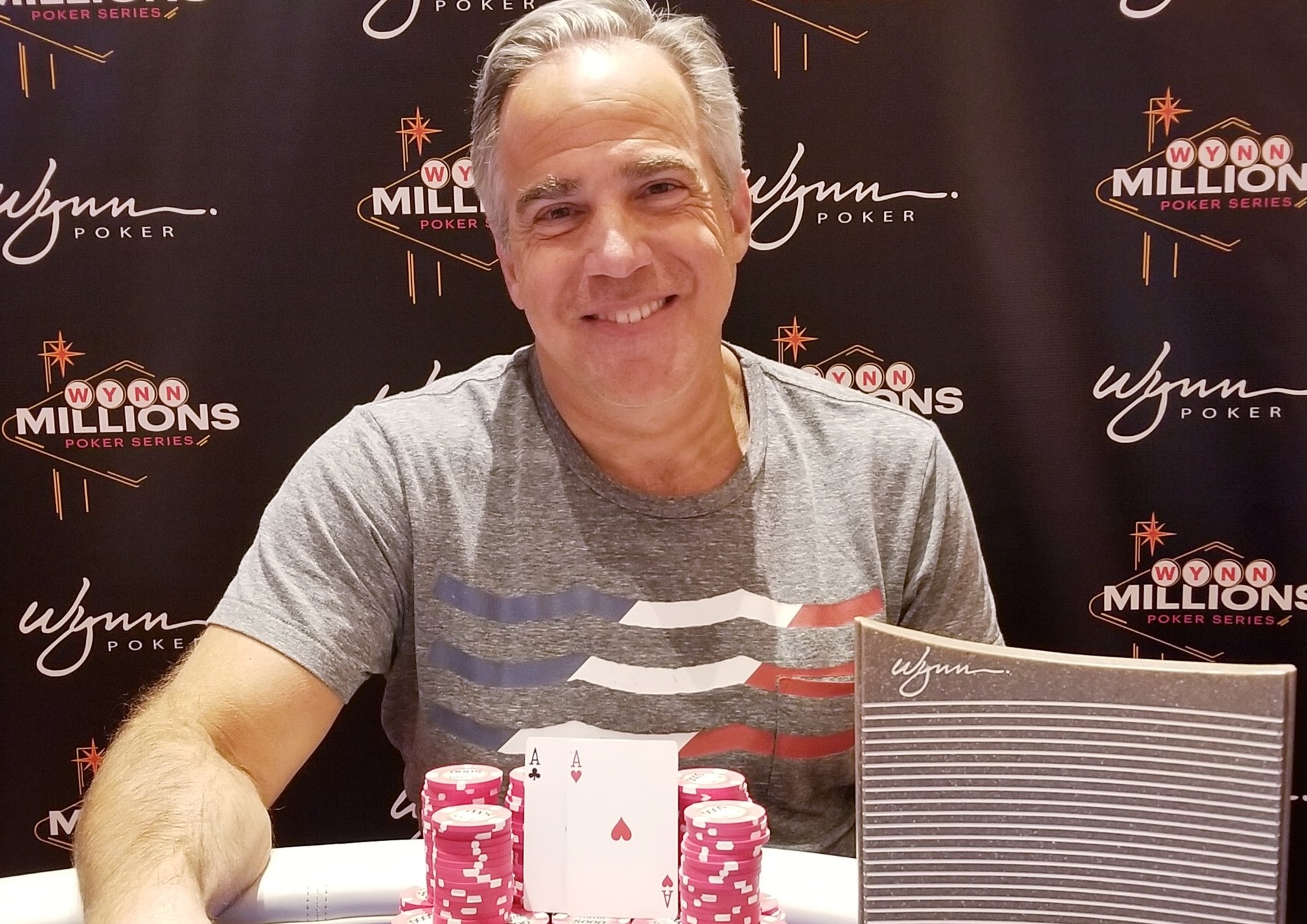 Josephy has shown, once again, that class is permanent by taking down the Wynn’s $3,000 six-max event. The American pro became an online legend under the screen name JohnnyBax during the poker boom. Although he’s less active than he used to be, the man from New York proved he can still mix it with the best on Thursday. Josephy beat a field of 276 entrants to add another six-figure score to his $7 million+ in live earnings. 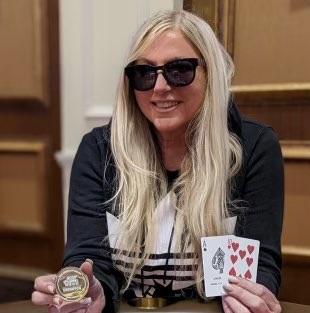 Thurber picked up her first live title since 2013 on Wednesday after a four-way chop. The Californian poker pro was one of 179 players to enter the $600 event last week. With the $40,000 guarantee blown out of the water, Thurber negotiated herself a five-figure payday before going on to win the event and a DeepStack Showdown silver coin. 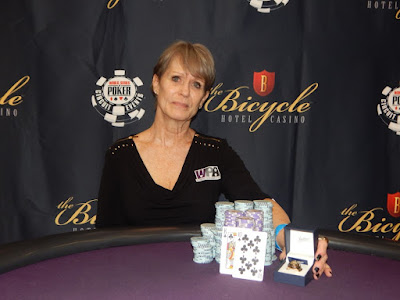 The World Series of Poker Circuit is back at the Bicycle Casino, and, for this series, they ran a $250 Ladies Only Event. It was a smashing success, as 192 women came out to play. This was the biggest turnout for a ladies event in the history of the Bicycle Casino. The final prizepool was nearly $40,000, and in the end, it was Possible who took the title. In addition to some winner’s bling, Possible also earned a seat in the season-ending National Championship freeroll, a change that was just made this season. 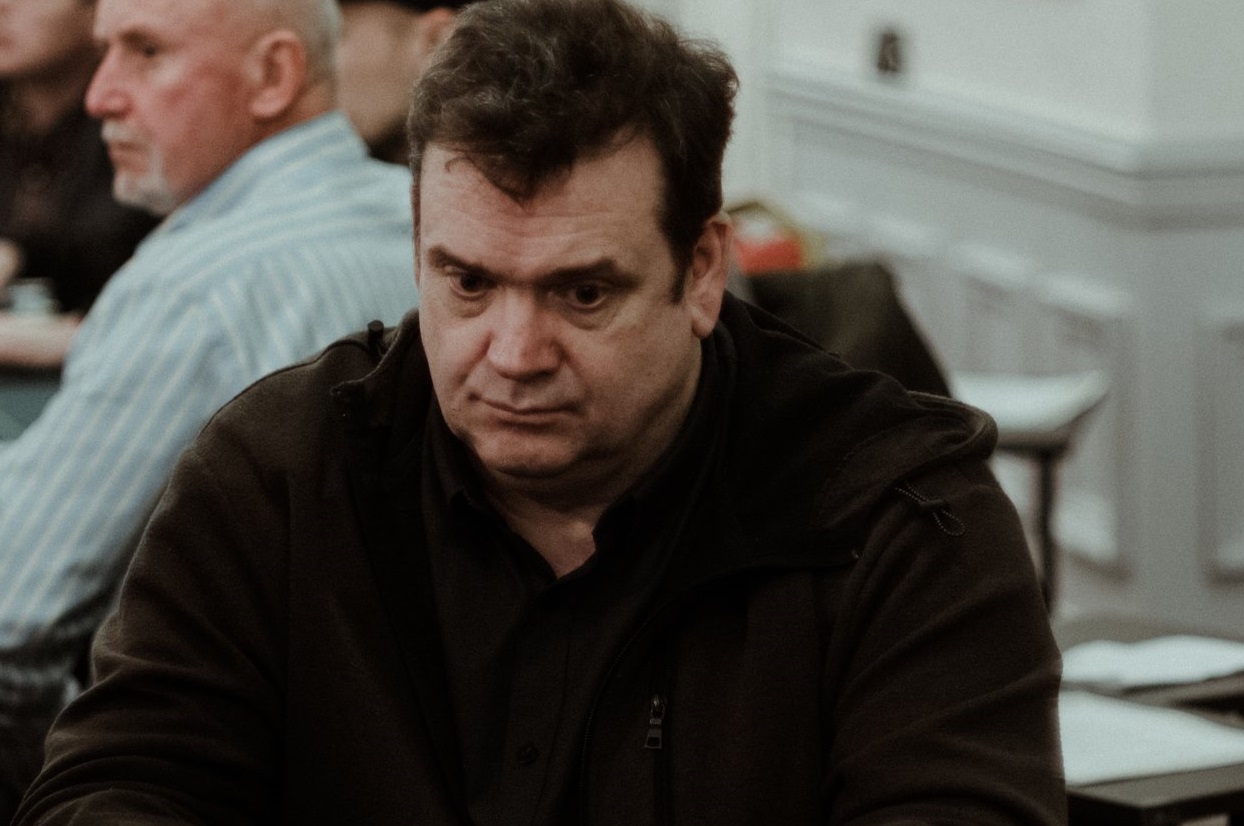 Gavin, an ambassador for Paddy Power Poker, made the most of his sponsor’s latest event in Galway. The Irishman played his way through a field of 172 players in the €150 ($165) event to add another four-figure score to his career total. Gavin is already ranked among Ireland’s top ten winners with over $1.6 million in prize money. Beating local player Kyle Slattery on Sunday only added to Gavin’s bankroll and iconic status within the Irish poker community.