After 12 days of poker action at the Rio, the WSOP Final Table is all set. Featuring a combination of amateurs, professionals, and even a rapper from Argentina with almost 2 million followers on Twitch, the final nine made it through a field of 6,650 to get here. They have each won a minimum of $1 million, and are going for $8 million and the bracelet. 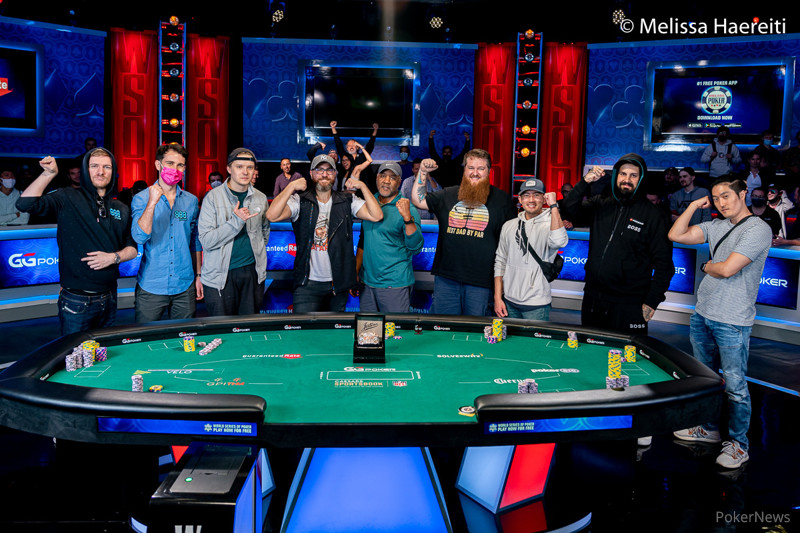 Play continues at 1:30 p.m. PT today and will go until five players are eliminated. The remaining four will return on Wednesday to determine who will become this year’s Main Event champion. Here are the contenders and their chip counts heading into the start of today’s action. 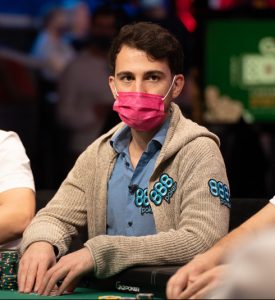 With 140 million chips, Aldemir takes a commanding lead into the start of today’s final table. And, with more than $12.3 million in tournament cashes to his credit — with $3 million coming in WSOP events since 2014 — the Austrian poker pro knows how to use a big stack to his advantage. Aldemir’s biggest WSOP score came in 2016 when he finished third for $2.1 million in the $111,111 High Roller for One Drop event. This is his 10th cash of this year’s Series. 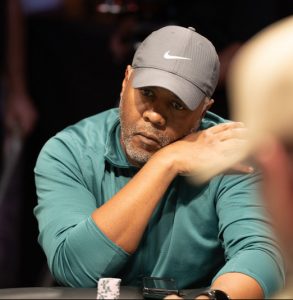 The amateur from Atlanta cashed in the 2019 Main Event when he finished 213th for $50,855. It’s his only WSOP cash. Holmes a home-game regular who occasionally plays in WSOP Circuit Events in North Carolina. 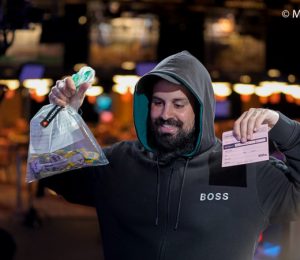 Better known to his fans as Papo MC, the Argentinian rapper just signed as an ambassador with PokerStars in August. According to the Hendon Mob database his biggest cash — besides this one — came in February 2019 when he finished fifth in a $1,000 buy-in event at the Partypoker Grand Prix in Uruguay. 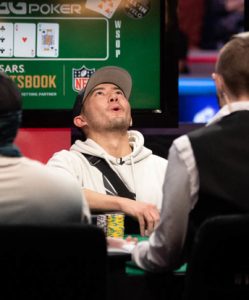 Hailing from Gilbert, Arizona, this is Remitio’s first WSOP cash, and his first cash in a tournament with a buy-in of more than $300. Now, the 27-year-old is a newly-minted millionaire who’s trying to make the most of his improbable run to the final table. 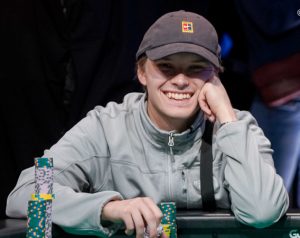 In 2018, while a Business Management major at the University of Kent, Oliver maneuvered his way through online freerolls into the UK Student Poker Championships, where he won a $4,700 package into the WSOP Millionaire Maker. He finished in 359th-place for $4,500. Since then, the British grinder has won more than $117,000 over the course of his career, with his best score until now coming in a 2019 $400 Deepstack event at the Venetian for $27K. 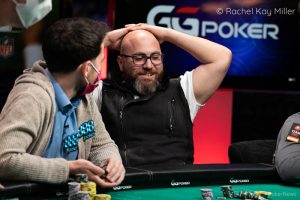 With total tournament winnings just north of 133K before this WSOP Main Event, the man from Istanbul, Turkey never cashed more than $42K in one tournament — and that was in 2018 in a $1,500 event at the Mediterranean Poker Cup in Kyrenia. 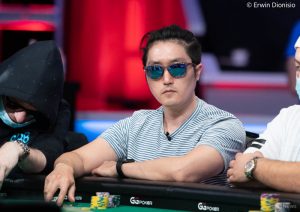 Park, a professional poker player from New Jersey, has 27 WSOP cashes since 2012. His biggest score before reaching today’s final table came in a 2018 Mid-States Poker Tour event at the Venetian, where he took home $165K for finishing fifth in a $1,600 tournament. 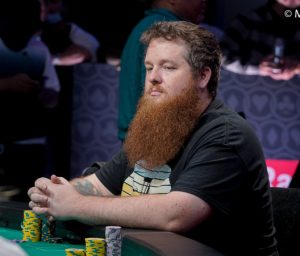 Bianchi is the only man at the final table with a WSOP bracelet, which he won in a $1,000 No-Limit Hold’em event in 2016. That win, good for $316K, accounts for more than a third of the 872K in career earning the self-described “Equity Analyst & ROI Consultant” from Maryland has earned in poker tournaments since 2007. 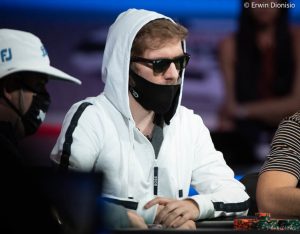 One of the best online poker players in the UK, East’s biggest score came in May 2020 in the $1,000 buy-in WPT DeepStack Online Series event for $557K. His 15 previous WSOP cashes total $110K, the last 10 of them coming in 2020 during WSOP Online events. His best live cash before reaching the final table came at the 2014 PokerStars Caribbean Adventure, where he finished third for $35,940.

Photos by Erwin Dionsio and Melissa Haereiti, courtesy of the WSOP.