Kristen Bicknell, Alex Foxen, Maria Ho, and Cliff Josephy all ran out of chips on Day 4 at the $10,000 buy-in Wynn Millions poker tournament. Clayton Maguire, however, bagged the biggest stack with 18 players remaining. 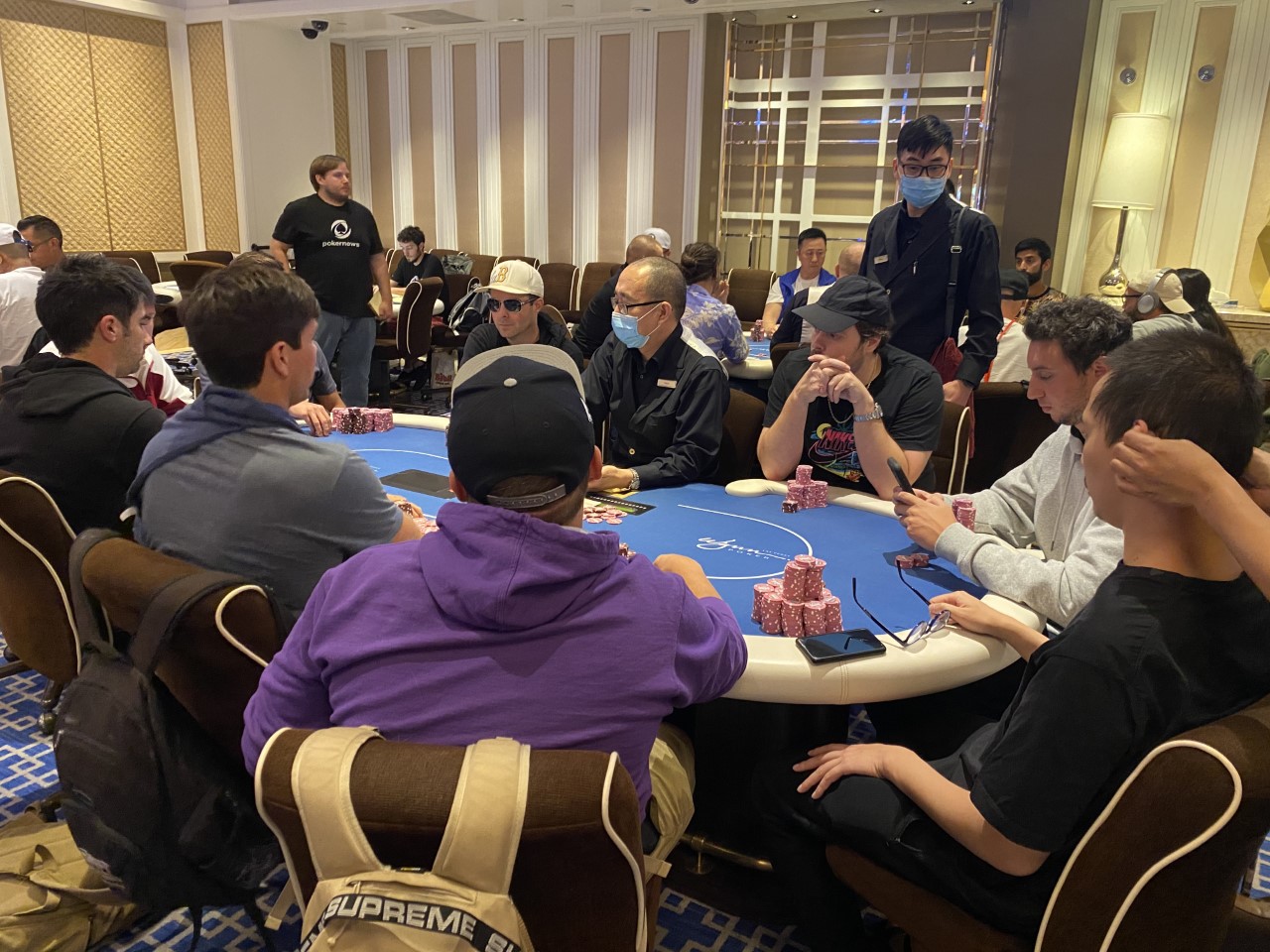 It wasn’t a good day for some of poker’s brightest stars. Early in the session, Foxen and WPT champ Art Papazyan busted in the same hand, in 57th and 56th place, respectively, for $46,406. Foxen’s long-time girlfriend, Bicknell, made her way to the exits shortly after in 53rd place for $51,650.

During the first level, 15 of the 61 players who returned to the Wynn on Thursday busted. By the end of the eight-hour session, only two tables remained. Those individuals will all come back on Friday at noon for Day 5, and the session won’t conclude until the field is down to heads-up. At that point, play will wrap up for the night, with the finale set for Friday.

On Day 4, the action shifted from the Encore casino’s poker tournament area into the main poker room. Many familiar faces remained, all hoping to win millions in the Wynn Millions. Three women were left standing at the beginning of the day — Bicknell, Ho, and Nadya Magnus.

Magnus went out in 59th place, earning $46,406, and then Bicknell busted during the same level. Ho, who entered the day among the chip leaders, hung on throughout most of the session. She got short-stacked late in the day and moved all-in for her final 310,000 chips with A-3. Maguire, the big stack, called the bet with pocket 10’s and would go on to win the hand after the board ran out K-Q-K-8-K, busting Ho in 20th place, which paid out $97,274.

Many of the big-name pros faltered on Thursday, but there’s plenty of talent remaining in this $10 million guaranteed event. That includes Ilyas Muradi, who won the $3,500 WPT Lucky Hearts Poker Open for $620,000 in January, just his second career live tournament cash.

Andrew Moreno, brother of popular poker vlogger Johnnie “Vibes” Moreno, is also still standing. He bagged 3,255,000 chips and has secured his second six-figure (or better) score in the past few weeks, less than a month after he vowed on Twitter to begin focusing more on his tournament game. Last month, Moreno took down the $1,100 No-Limit Hold’em Ultimate Stack at the Venetian Deepstack Championship Poker Series in Las Vegas for $127,740.