The WSOP’s decision to hold the 2020 World Series of Poker online has been a controversial one as poker players and fans debate whether or not the lower buy-ins and lack of mixed games devalue what it means to win a WSOP bracelet. But one of the silver linings to this online-only series is the unparalleled coverage and access that fans are receiving to these events thanks to online streams on Twitch and YouTube. 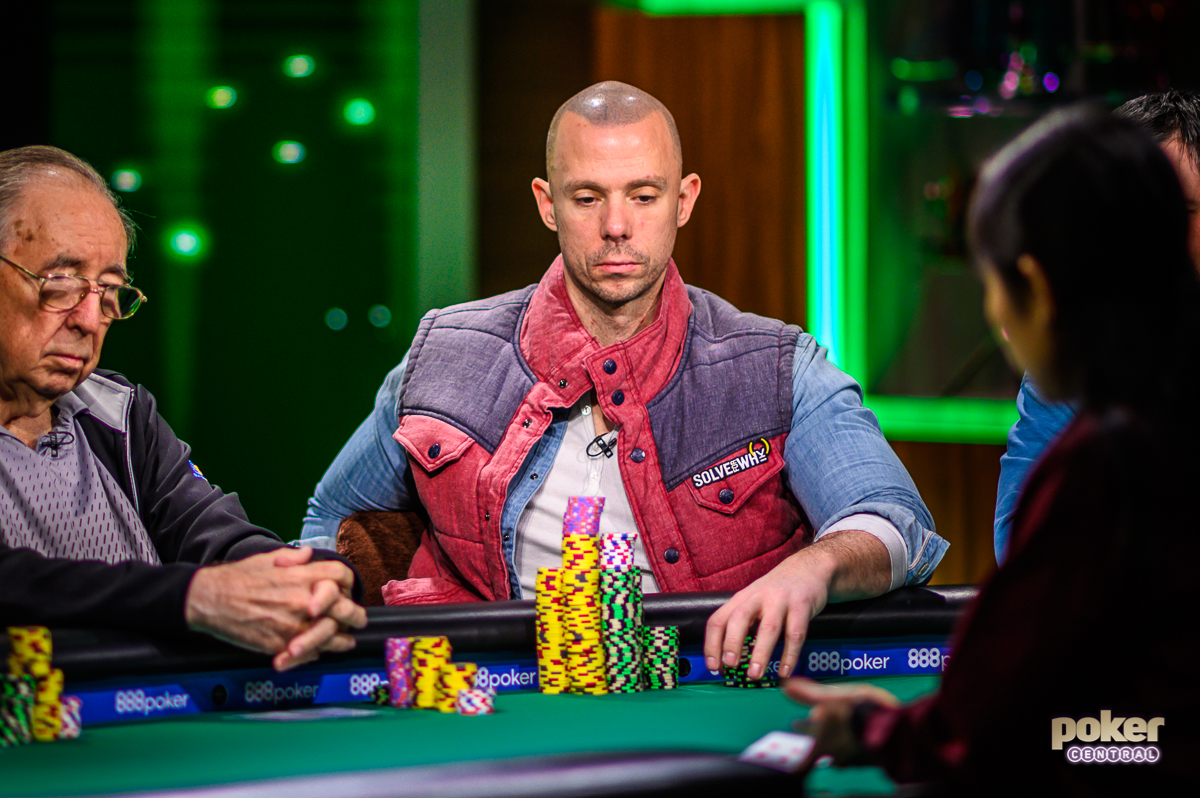 Matt Berkey has been showing off his talents as both a player and a streamer this summer. (Image: Drew Amato)

This access will only continue to grow when the WSOP’s GGPoker online bracelet series begins on July 19. International superstar poker streamers like Lex Veldhuis and Ben “Spraggy” Spragg will almost certainly get in the mix as will many other poker pros currently located in countries outside of the United States.

We’ll be back with a new list of essential WSOP GGPoker streams when we see what players and broadcasters are getting involved in that international bracelet chase. But in the meantime, let’s take a look at six must-watch WSOP Online poker streams; and Mike Matusow’s, too.

Play-by-play announcer David Tuchman is on the call every night when the day’s WSOP bracelet event reaches the final table. Tuchman is joined by a different guest on color commentary each night with big names through the first 15 events including Jesse Sylvia, Brad Owen, Matt Berkey, Brian Rast, Daniel Cates, and Joey Ingram.

Broadcasts are on a slight delay, but poker fans are essentially watching the final table of each bracelet event play out live, with Tuchman and his guest reporting on the action and talking poker strategy in between hands. Replays of the broadcasts are also available on Twitch and YouTube for those who aren’t awake during the odd hours these events are coming to a close. But whether you catch them live or watch them the following morning, they are great content for poker fans.

In this unofficial lead-in show to the WSOP final table broadcast, poker broadcaster Jeff Platt jumps online every night at 1 AM ET (10 PM PT) to cover each WSOP online bracelet event’s last few tables as they wind down to the final table. Platt cultivates a friendly and light-hearted atmosphere with plenty of red wine in his glass and live interaction with the Twitch chat.

Join the discussion LIVE right now on YouTube, as Berkey and Chin are talking with @jeffplatt about his WSOP streams, on this week's S4Y Vlogcast.https://t.co/65MEiXfuWg pic.twitter.com/WVMpYcoBPE

Platt is playing in most of these online bracelet events throughout the series as well, and in the event that he happens to still be alive at 10PM Las Vegas time, he switches gears to broadcast himself in action on a five-minute delay instead. This occurred in WSOP Bracelet Event #7 (the $800 NLH Knockout Deepstack) when Platt made the final table before eventually finishing in seventh place.

Matt Berkey is one of the most respected high-stakes poker players in the world. This July, Berkey has been treating fans to an excellent daily poker stream as he grinds WSOP online bracelet events, multi-table tournaments, and cash games.

Watching a player of Berkey’s caliber play and talk out the strategy behind his decisions would make this stream a must-watch in its own right regardless of his broadcasting abilities. But Berkey also happens to be a natural on the microphone, joking around and entertaining his viewers throughout his streams. Poker fans won’t find a more entertaining and educational WSOP stream than this one.

Daniel Negreanu’s name recognition, electric personality, and poker abilities would likely place the Canadian star at the top of this list if he was actually streaming his WSOP runs from start to finish. Unfortunately for poker fans, this isn’t the case. Negreanu is just giving us a glimpse into each of these tournaments, streaming for one hour on weeknights from 6 PM to 7 PM PT.

But even with only an hour a day, Daniel Negreanu still manages to produce must-see WSOP poker streams. He talks out his strategies and decision-making processes while also letting his raw emotions shine through on wins and losses. His now infamous blow-up while dealing with WSOP software issues on his stream is one of the biggest viral moments of this online series, and his frustration is something that every poker player who’s ever been disconnected during a big hand can relate to. Negreanu’s vlogs have become a WSOP staple in recent years, and these streams only add more great content to his online collection.

While Berkey and Negreanu came into this year’s World Series of Poker as established poker professionals, Robert Kuhn is without question the breakout poker star of the summer. A tournament has rarely gone by in which Kuhn’s WSOP handle “bustinballs” isn’t somewhere near the top of the leaderboard. Kuhn has eight cashes through the first 15 events of the WSOP Online Series with four top-20 finishes, two final table appearances, and one victory for $115,850 and a WSOP bracelet.

Welp tonight may have been my most surreal day ever. I won a WSOP bracelet for 115k and in addition another 21k score to add. Thank you guys so much for all the love and support tonight. This doesnt get better than this feeling and you guys were part of it! GG us pic.twitter.com/QvRlI9uhIQ

All of these deep runs have been live streamed. And there is never a dull moment in between hands either as Kuhn is always multi-tabling other events on WSOP.com and ACR. Kuhn is playing great, running great, and doing it all on stream for the poker world to enjoy.

Max Pescatori is a poker superstar in Italy, ranking third behind only Dario Sammartino and Mustapha Kanit on the all-time money list among Italian players in live tournament earnings with $4,620,849. The four-time WSOP bracelet winner picked up his 90th career WSOP cash live on stream in the $1,000 Pot-Limit Omaha Event #15 on Wednesday.

Pescatori’s broadcasts in his native Italian language, giving his fans in Italy a unique experience on his digital rail as he plays virtually every WSOP online event. His strong play and positive energy allow this stream to transcend the language barrier between him and his English-speaking fans.

No list of WSOP online streams this summer is complete without mentioning Mike Matusow’s. Matusow went viral for all of the wrong reasons early in this series when he lashed out on stream at Megan Milburn (wolverine17) for what he perceived to be a slow-roll. His profanity-filled rant clearly crossed the line as he threatened violence and asked his chat followers to find out the identity of this player so that Matusow could give “him” a piece of his mind.

Matusow’s stream is a spectacle. Love him or hate him, you will find plenty of things on this stream that you won’t find on any other poker stream on this list including pro-Trump anti-liberal speeches and phone calls with Phil Hellmuth. Your WSOP stream experience isn’t complete without spending at least a little bit of time inside of the mind of “The Mouth”.

Again, the mouth is a bit of a narcissist, but not a malignant, remorseless one like Trump. He gets emotional, says wacky things, comprehends his stupidity and apologizes. I do not always & exactly condone it, for sure. But, should I apologize, too, for saying this; “overall,” I find him goofy, yet with a good heart & harmless, which makes him entertaining. But, come on mike, get it together! J. Kirby smith

Mike is more worn out than a bad dad joke. He has been disgusting and poker has moved on and is better without him. Forget the has been