What are the Odds? 2021 World Series of Poker Prop Bet Edition

In just over two months, the Rio’s convention center will be jam-packed with thousands of poker players chasing bracelets and life-changing money. Or, at least that’s what most people expect. The pandemic, however, might have other plans. For entertainment purposes only, we set the lines on some prop bets for the upcoming poker extravaganza, taking into consideration coronavirus-related implications. 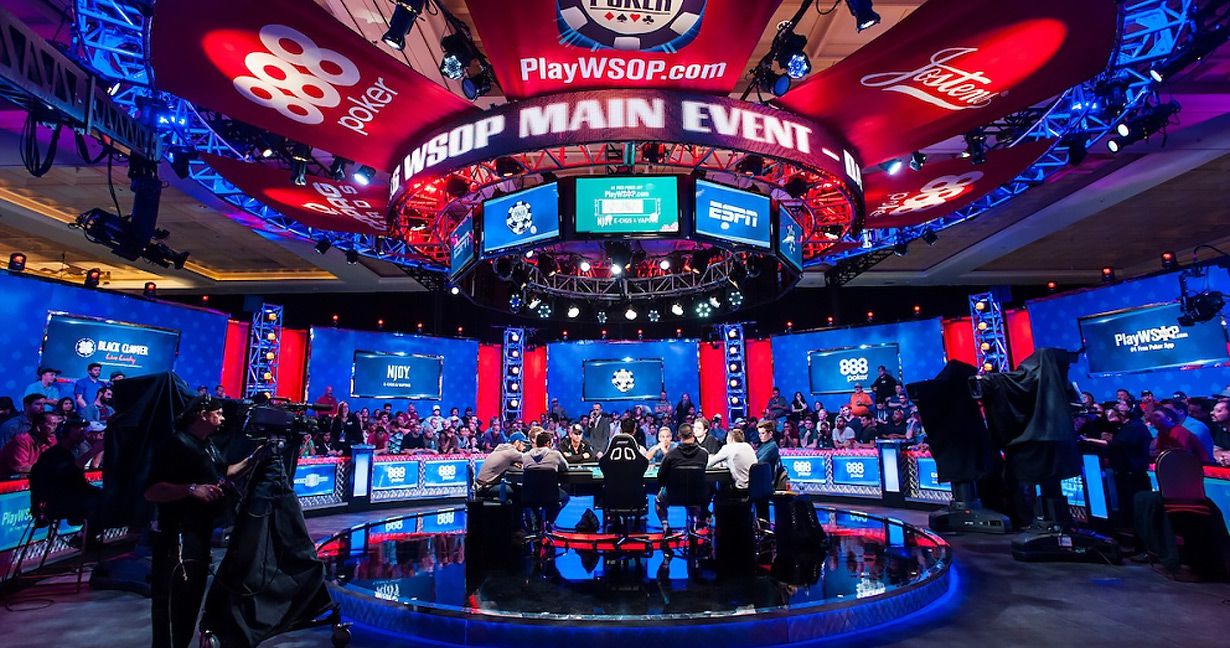 Will the WSOP Main Event return in 2021? Or, will COVID-19 force its cancellation? (Image: WSOP.com)

The WSOP is scheduled to run from Sept. 30 to Nov. 23 with 88 gold bracelets up for grabs. Last year’s series was canceled and replaced with an Online Bracelet Series on GGPoker and WSOP.com. The poker sites are again hosting an online version of the WSOP during the summer. But what will transpire in Las Vegas this fall? We don’t know the answer to that as we can’t predict the future, but we can provide the odds on some 2021 WSOP prop bets for you to wager among your friends.

On Tuesday, the Clark County Commission unanimously voted to reinstate the mask mandate, but only for workers, including poker dealers. Rumors are swirling around social media that additional measures to combat the spread of COVID-19 are on the horizon, including a full mask mandate and a return to social distancing.

CardsChat’s best bet: Despite the likelihood Las Vegas will soon bring back many of the pandemic restrictions that were eliminated on June 1, we’re going with the positive side on this one, and taking the over. After last year’s series cancellation, we have to think the WSOP staff will do everything in their power to make it work in 2021.

In 2006, the year Jamie Gold bluffed his way to $12 million, the Main Event had 8,773 entries, a record that stands to this day. Many poker players believe the fall series will attract a record field, possibly as high as 10,000 players. If so, the winner would take home well over $10 million.

CardsChat’s best bet: We’ll go negative on this one and take the under, the reason being there are still some concerns with international travel. As it stands, players from Europe can’t enter the United States without first quarantining in Mexico for two weeks. On Wednesday, the US extended its travel ban with Canada through Aug. 21. The travel ban has been extended numerous times, and there’s really no way to predict if it will continue into the fall. Unless the WSOP has a strong contingent of international players in the Main Event, the 2006 record is safe.

CardsChat’s best bet: Again, we’ll have to go negative here and bet on “no.” Even at -180 odds, that seems to be the best play simply because of the likelihood that the pandemic impacts the series in some way. But, we hope everything goes exactly as planned because it’s good for poker.

On Oct. 1, the WSOP is hosting a juicy and inexpensive bracelet event dubbed “The Reunion.” The $500 buy-in, five-day tournament features a $5 million guaranteed prize pool. If the tournament takes place, it could attract thousands of entries, and likely a solid mix of pros and recreational players.

CardsChat’s best bet: This is a tough one, but we’ll go with “no” based on what we wrote above about how there’s a chance that the planned schedule will be altered. If there are some changes to the schedule, it’s likely the cheap events that attract massive fields will be the ones eliminated, especially if Clark County reinstates social distancing measures.

The Delta variant, a more contagious form of COVID-19, is now the most prevalent strain in Nevada. Even some vaccinated people are getting sick from the Delta variant. Hence, why pandemic restrictions are slowly beginning to return in Las Vegas and other places around the world.

CardsChat’s best bet: While there’s a solid chance that some events will be canceled, there’s minimal chance of a full cancellation. Even if Clark County imposes some strict COVID-19 guidelines, the WSOP is likely to find a way to host an altered version of the World Series of Poker, especially after canceling it last year.

Who will win WSOP Player of the Year? (Daniel Negreanu, Shaun Deeb, Paul Volpe, Chris Ferguson, or Ben Yu +105, the field — even money)

Daniel Negreanu, Shaun Deeb, and Chris Ferguson are all likely to put in as much effort toward winning WSOP Player of the Year as anyone — as they’ve done in years past. But there always seems to be one or two surprise contenders, such as Robert Campbell, the Australian pro who came out of nowhere to win the award in 2019.

CardsChat’s best bet: We’ll bet against the field here on the basis that there’s a solid shot that many of the cheaper buy-in tournaments will be canceled due to COVID-19. If that happens, only the wealthiest pros will have a shot at chasing Player of the Year.

Negreanu won a $50k tournament at the PokerGO Cup earlier this month for $700,000. It was his first poker tournament win since the 2013 WSOP, meaning he hasn’t won a bracelet in eight years. That’s almost hard to believe for one of poker’s all-time greats, especially when you consider he plays as many WSOP events annually as anyone. In 2019, he twice finished runner-up, including in a marathon back-and-forth heads-up battle against John Hennigan in the $10,000 Seven-Card Stud event.

CardsChat’s best bet: Despite his limited success over the past few years, Negreanu’s been playing solid poker recently. He’s been working on his game and appears focused on continuing to improve. For that reason, and given those favorable odds, we’ll take the “yes” side on this one and wager that the GGPoker ambassador will finally pick up his seventh bracelet.

Polk has retired from poker more times than Brett Favre retired from football in the early 2000s. The Upswing Poker founder last competed in a WSOP event in 2019 (Main Event), and he made it clear back then he had no interest in playing future tournaments. Polk hasn’t cashed in a tournament since 2017 and has only played in a few events since.

CardsChat’s best bet: Take the over here. Why? Because even though he now resides in Texas, Polk’s retirement from poker was short-lived. Granted, he’s only played in heads-up matches and a few high-stakes poker cash game shows since returning to the felt, but we have a sneaking suspicion he’ll get the itch to hop into the WSOP mix a few times this fall.

What will Allen Kessler complain about most during the WSOP? (tournament structures -980, anything else +900)

“The Chainsaw” is notorious for complaining on social media about anything and everything poker-related. Kessler’s Twitter posts are often negative in nature, usually ripping on tournament operators for refusing to spread his favorite games, taking too much rake, or for the blind structures in certain events. During the 2019 WSOP Europe series, Negreanu featured Kessler on his vlogs, asking him to share his daily complaint with the audience.

CardsChat’s best bet: Kessler seems fixated on tournament structures, and he rarely finds any that he likes. So, that appears to be the best bet, even with the lofty odds.