Forget what we reported earlier this week about how Daniel Negreanu is the 2019 WSOP Player of the Year. Due to a clerical error discovered by the WSOP after the fact, Robert Campbell is the official champion. 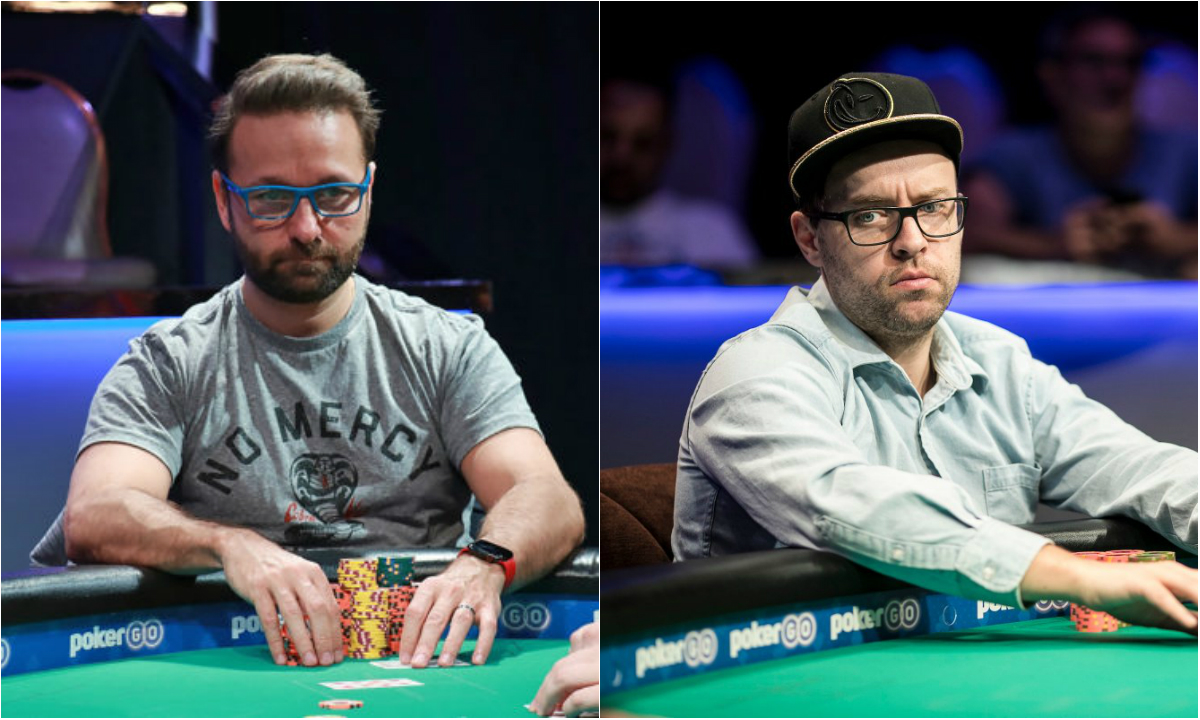 This is one of the craziest poker stories of all-time. Negreanu even posted a celebratory vlog on his YouTube channel after returning home from the WSOP Europe series. He was all giddy in response to winning his third POY title. Now, however, it appears the World Series of Poker pulled a Steve Harvey.

Negreanu appeared to have won his third WSOP Player of the Year award last week. He also shipped it in 2004 and 2013, and is the only multiple-year winner. Due to a clerical error, however, Robert Campbell was awarded the title on Friday. A public statement was released by the World Series of Poker.

“We have confirmed an error was made in our results for WSOP Event #68, affecting places 32-46. As a result, Daniel Negreanu was given 213.1 points erroneously in this event. We deeply regret this error and its impact. Recalculating our Player of the Year results has an impact to the standings. Robert Campbell finishes in 1st place in the now final results, with Negreanu dropping to third place. Again, we apologize profusely for the error in our calculations and the impact it has had.”

Negreanu was among 15 players who didn’t cash in Event #68 – a $1,000 WSOP.com online bracelet tournament – but still received Player of the Year points.

The POY standings were tight between “Kid Poker,” Campbell, and Shaun Deeb late in the WSOPE series. Heading into the final event – €550 Colossus – Negreanu held a slim lead over his two main competitors. Or, so he and everyone else thought.

Entering the final tournament, Negreanu needed to hold onto a 113.57-point lead over Campbell. He also had to cheer for Deeb to avoid finishing in fifth place or better. Both of those outcomes went in his favor and, as it turns out, he still lost.

What if the Players Knew the Real Score?

There is another angle to this story that may cause some to believe an asterisk should appear on Campbell’s banner at the 2020 World Series of Poker. When the three main POY competitors registered for the Colossus, they believed Negreanu had a 113.57-point lead over Campbell, and 260.96-point lead over Deeb.

As we’ve already discussed, those weren’t the real scores. Campbell was actually 99 points ahead of Negreanu. So, that begs the question: Would the three pros have played differently in the Colossus had they known the true Player of the Year standings?

We can’t be certain because this is a hypothetical scenario. Still, Deeb may have reason to be upset with the World Series of Poker.

On the final day of the Colossus, Deeb was under the impression he needed to finish in at least fifth place to catch Negreanu. He entered the session third in chips out of 11. Early in the day, he made a questionable play against eventual champion Bertrand “ElkY” Grospellier, which cost him his entire stack in 11th place.

What if he had known he would have won POY with a ninth place finish? Perhaps, he would have been more cautious, and folded his way to Player of the Year. Or, maybe not. We’ll never know.

Friday’s news was quite a kick to the stones for Negreanu, but he handled the situation with class, and was quick to congratulate Campbell on an impressive victory.

The real champion also had some words for the poker community following the announcement. He acknowledged that Negreanu has his “detractors” and “a lot of fans,” and referred to “Kid Poker” as “a net positive for the game.”

“I would like to thank the WSOP, the Rio, and King’s for a fantastic tournament series. I had one of the most exciting years of my life.”

Campbell won two bracelets this summer versus none by Negreanu and Deeb. So, some argue, he was the deserving POY champion all along anyway.

This was particularly bad for Deeb. Needing to shoot for the top few spots vs. up a few is a big difference. Too bad they don’t actually give anything to the POY winner anyways…. kinda detracts from it (imo).

yeah , if there is no prize it’s just an unofficial honor .