With confidence shimmering off of him like the heated desert air, Anthony Zinno is stacking gold bracelets with eye on the WSOP Player of the Year title after winning his second bracelet of the series — and of the week — on Friday. 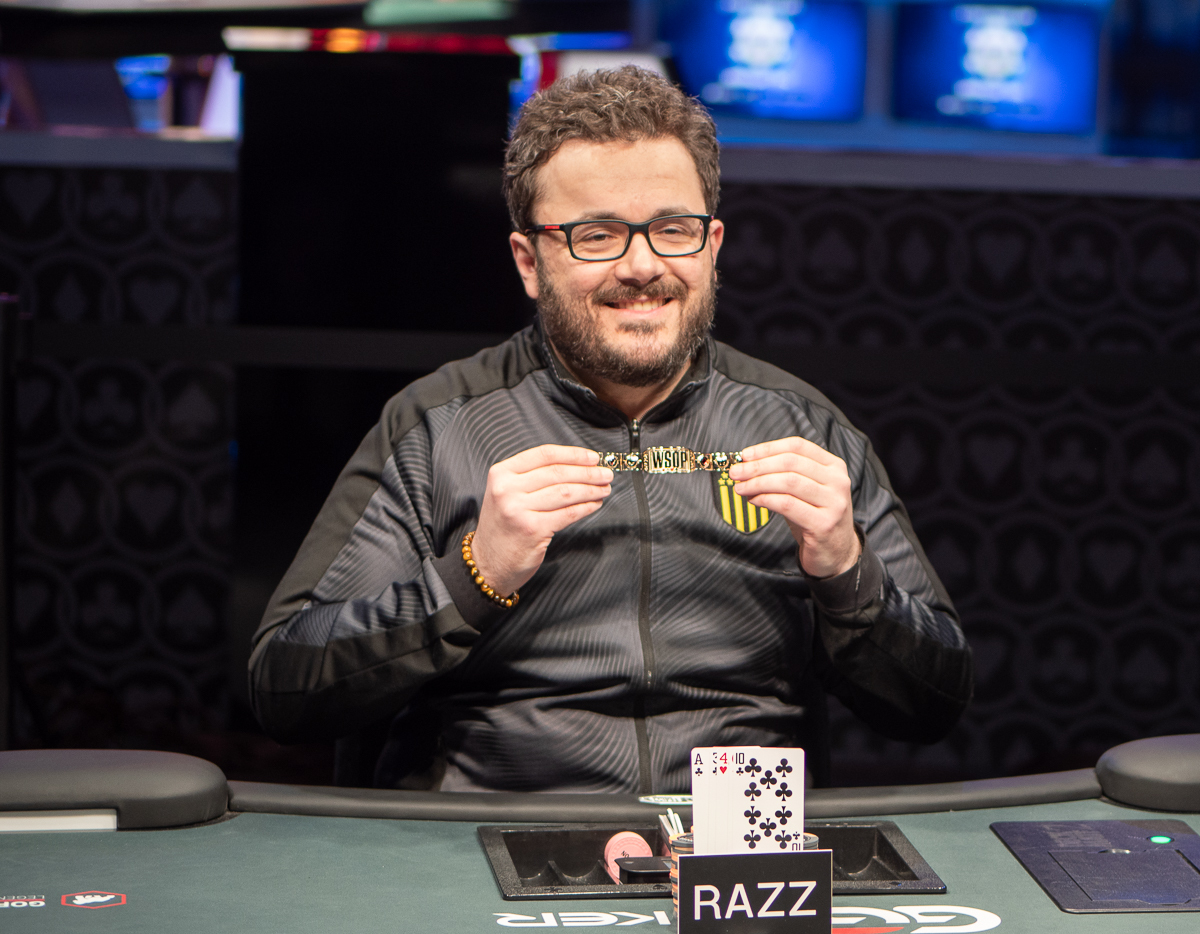 Nothing is scarier than a talented pro who is, in his own words, “running good.” Zinno is doing just that.

Though he may look like a very kind elementary school principal, the now four-time WSOP bracelet winner is really a talented poker surgeon who works best operating under the pressure of WSOP and WPT events.

Zinno won his second bracelet of the series after he beat 593 players in the $1,500 HORSE event. That win put him atop the POY leaderboard for all the events, but Phil Hellmuth, who won his 16th bracelet Sunday night, is breathing down his neck.

Zinno faced Hellmuth and a barrage of verbal abuse to win his first bracelet of the 2021 campaign in the $10K Seven-Card Stud event for $182,872 last Monday. Hellmuth finished a very grumpy fourth in that tournament

Zinno’s four cashes and two victories this year bring his POY points total to 2,127, only 20 points ahead of Hellmuth.

Zinno’s previous two WSOP bracelets came in the 2015 $25K High Roller PLO tournament and the 2019 $1,500 PLO Hi/Lo event. Throughout his WSOP career, he’s accumulated 111 cashes and 30 finals tables for more than $4.2 million. That breaks down to 76 cashes at the WSOP in Las Vegas, 41 in online WSOP events, eight in Europe, and 27 on the WSOP Circuit since Zinno passed on a law career and turned professional poker player in 2007.

While Zinno doesn’t have a WSOP Circuit ring, he does owns three much more lucrative WPT titles, and is second on the tour’s all-time cash list with 37.  According to the Hendon Mob database, he now has more than $10 million in career tournament cashes.

This week isn’t the first time Zinno won his titles in pairs — sort of. He went back-to-back in WPT events in early 2015, winning both the $5K Fallsview Poker Classic in February and the $10K LA Poker Classic in March.

Despite Hellmuth’s success at the WSOP, he’s never won POY, which has been given out since 2004. He finished as runner-up three times (2006, 2011, 2012), and is on fire this year. He’s already cashed five times and made four final tables, and could be well on his way to his first WSOP POY.

Koon leads the No-Limit board with 1,666.2 points, most of which came from winning his first bracelet in the $25K head-up event. Koon also final-tabled two other events this year, but the new dad said he doesn’t plan on playing a full series. That leaves the No-Limit POY race wide open, as only 580.13 points separate 10th-place from first.