Jason Koon Gets the Monkey Off His Back with First WSOP Win
October 8, 2021 Latest Poker News

It might have taken 10 years, but Jason Koon finally has won his first World Series of Poker (WSOP) bracelet. 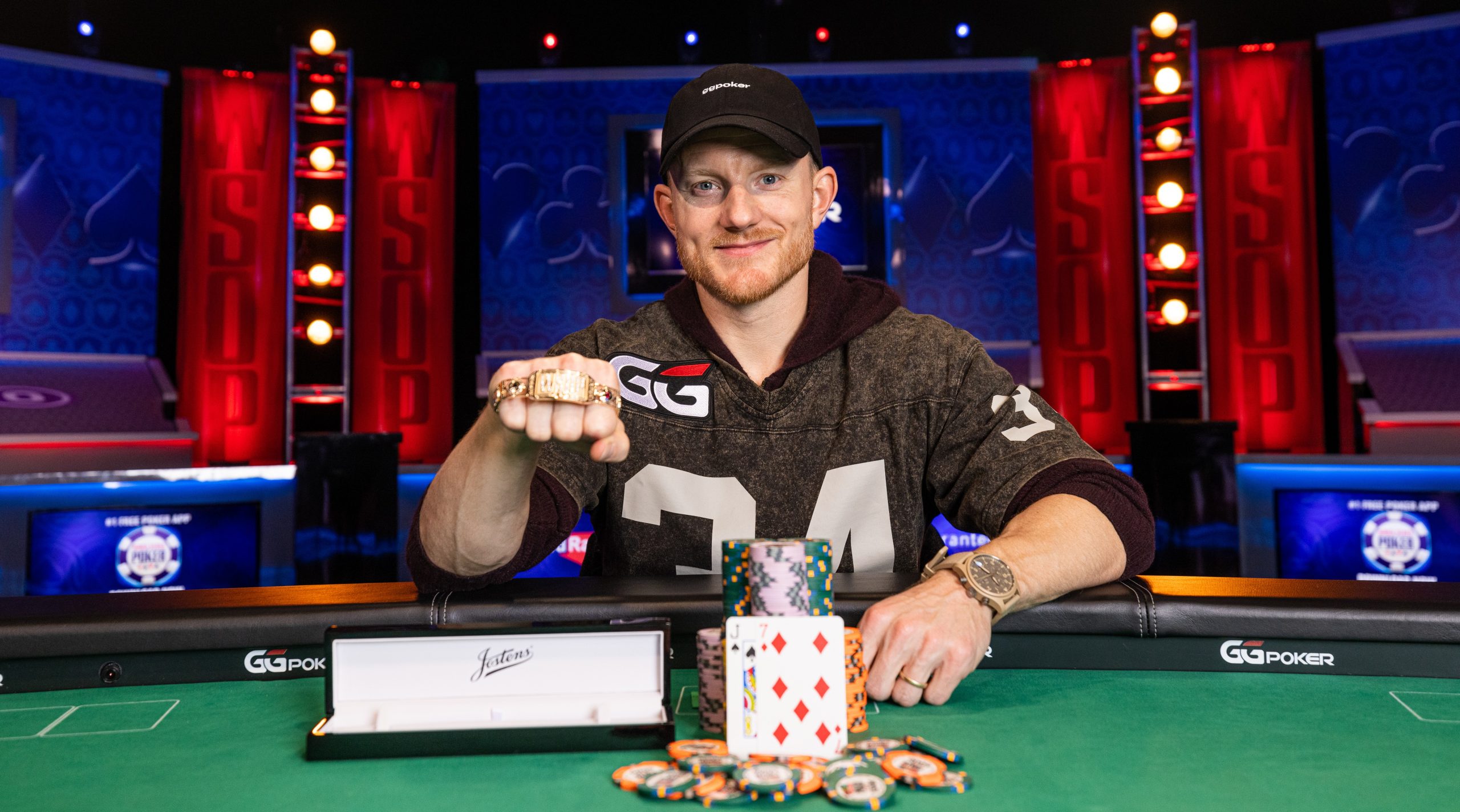 Jason Koon has bagged his first bracelet after having one of his best ever runs. (Image: WSOP)

Koon overcame a field of 57 runners in Event #11, the $25,000 Heads Up No-Limit Championship, to win his first WSOP title and $243,981. It’s his third cash in five days at the WSOP and his 53rd overall, taking his overall WSOP earnings above the $2 million mark.

In fact, as well as having an incredible week in poker, Koon is having one of the best months of his life, period. He became a father to a baby boy Sept. 15. Then on Sunday, while on a break during Day 2 of the $25,000 8-max high roller, he was introduced as GGPoker’s newest poker ambassador.

Jason Koon Having the Time of His Life

As impressive as Sunday’s achievements were, it was last night’s performance in the Heads-Up Championship that Koon will remember for a long time to come.

In fact, it’s almost as though it was written in the stars for the American. He spoke to CardsChat before Thursday’s bracelet win and explained what the WSOP means to him as a poker player.

“My first WSOP was over 10 years ago and I still get that nostalgic feeling every time I walk in to play a WSOP event. I’ve always wanted to give my brother my first bracelet, so when I do get the monkey off my back, I’ll feel quite a lot of joy and relief,” Koon told CardsChat just before he won his first bracelet.

Fearless But Fatigued in WSOP Finale

“My expectations were low,” Koon told WSOP.com. “The fatigue had set in,” but at no point was I “feeling the fear” that it might not happen, Koon continued.

In the end, despite feeling fatigued, the American was able to gut it out and edged ahead when his pocket fives got him through an all-in pot against Szabo’s A♣ Q♣. That proved to be the turning point of the match and it wouldn’t be long before all the chips were in front of Koon.

With that, the new father and GGPoker pro had become a WSOP champion. and his brother got a bracelet.

Koon, who claims to be in better physical shape at 36 than he was when he ran track in college, said he was exhausted after a long day at the Rio.

“I am another level of tired, honestly. The wife and everybody have been doing so much to help with the baby. We were up at 8:30 a.m. today taking him to a doctor’s appointment,” Koon told WSOP.com. “Then, I came here and played a couple of studs. Heads-up is so intense, but yeah, we got it,” he said.

Hey, we won one. pic.twitter.com/LdSPFzhr4i

Koon is one of the world’s best tournament players. Although this is his first WSOP win, he has dominated $25,000+ events for the last five years and has won almost $33 million in the process. Koon himself is curious to know if he can continue to compete at such a high level now that he has a baby.

“Well, I’m only two weeks in, so we will see about that high level thing over the next few months! My wife is incredibly supportive of my poker aspirations and I do my best to cover lots of baby duty when there is down time,” he told CardsChat.

CardsChat asked Koon about his plans now that he’s a bracelet winner. He told us that he plans to stick with the higher buy-in events at the WSOP. He’s also playing a private heads-up match for nosebleed stakes with an as yet unnamed player.

It might have taken Koon a decade to win his first bracelet but don’t count on it being his last. With things in poker and life moving in the right direct, he’s convinced there is more to come.

“I love coming to the WSOP. I think I’ll play poker forever, and when it’s all said and done, I think it’s inevitable I’ll have several of them [bracelets],” Koon told WSOP.com.