Feuding rivals Doug Polk and Daniel Negreanu are soon set to play a highly anticipated heads-up poker match. The poker community will certainly be glued to Twitch when that battle begins in the fall. But it isn’t the only heads-up contest this industry will enjoy — or needs. 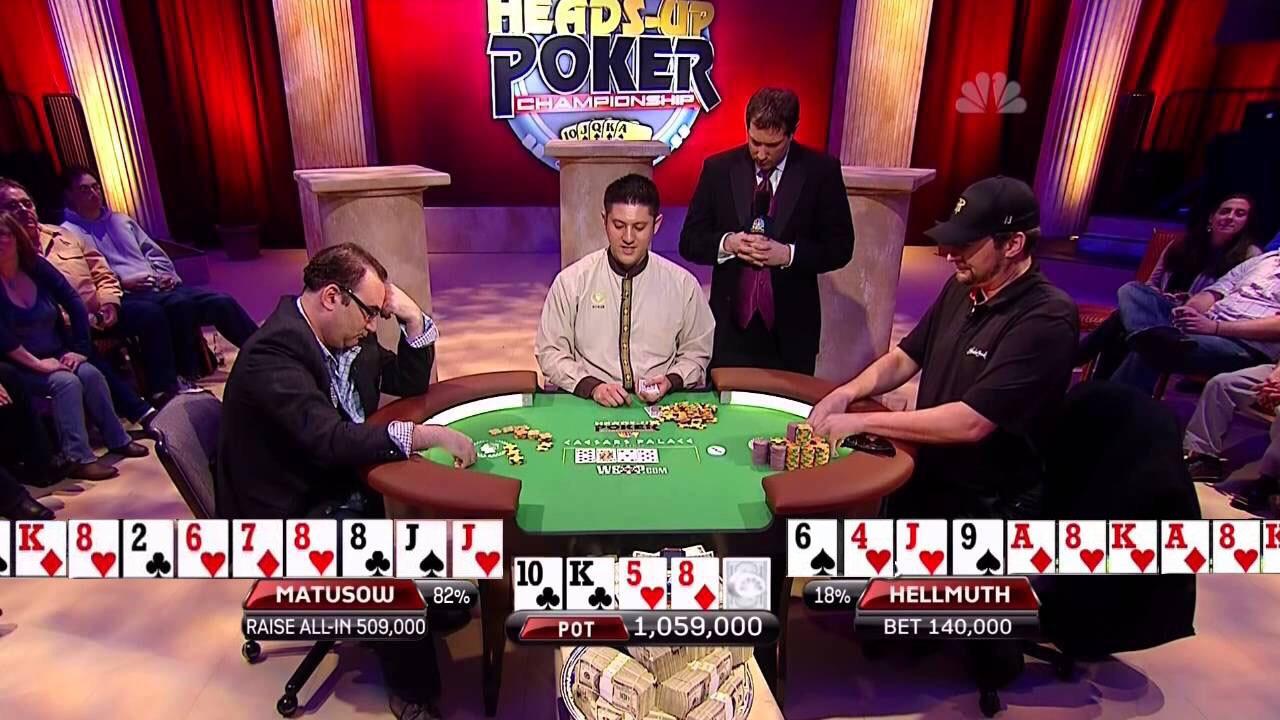 In fact, Antonio Esfandiari and Phil Hellmuth drew some attention this weekend when they faced off for $100,000 on PokerGo’s YouTube channel. The battle, featured on the new show “Heads-Up Duel,” was originally slated to air Thursday on PokerGo but technical issues derailed that plan.

There are at least 10 other matches even more intriguing that we’d love to see someday.

Remember the Durrrr Challenge? Ten years ago, the poker community was fascinated with Tom Dwan’s online poker challenge, first against Patrik Antonius, and then Dan “Jungleman” Cates. But the second match never concluded due to unknown reasons.

Forget Polk vs. Negreanu for a moment. There wouldn’t be a more intriguing battle than for Jungleman and Durrrr to finish off this battle 10 years after it began. But for some reason, Dwan has refused to resume his own challenge. Maybe one day he’ll return to the virtual felt to finish it off. We can only hope.

Negreanu is set to soon face his rival, Doug Polk. But an even more interesting heads-up match would be the GGPoker ambassador against his long-time rival and friend, Phil Hellmuth.

Why would this match be so intriguing? Because these are two of the greatest poker players ever. Both have massive fan bases and are great for TV, given their colorful personalities. It’s hard to believe a televised heads-up poker game between Hellmuth and Negreanu has never occurred. That needs to change, ASAP.

As we mentioned, this match will actually happen at some point, although an official date hasn’t been set in stone. It’s no secret that Negreanu and Polk don’t like each other. Polk dislikes Negreanu so much that he’s willing to come out of retirement just to face his bitter rival.

The Upswing Poker founder has repeatedly verbally attacked Negreanu on social media and in his YouTube videos. Earlier this week, he finally challenged the former PokerStars ambassador to a heads-up match, and the six-time bracelet winner accepted. So, let’s get it on.

Phil Galfond has already completed two Galfond Challenge matches on his poker site, Run it Once. He’s set to eventually face Jungleman, although no date has been finalized.

Galfond, who previously played under the screen name “OMGClayAiken” at Full Tilt Poker, and Cates are two of the best online poker players in history. When this contest finally happens, thousands of viewers will be glued to Twitch to see how it plays out.

Brad Owen and Andrew Neeme have a combined 290,000 YouTube subscribers. The popular vloggers might not have the poker resumes that today’s high rollers do, or that the old-school legends have amassed over years on the felt. But they have massive followings and we could settle the debate once and for all — which one is the superior poker player?

If nothing else, it would make for a couple of entertaining vlog posts. Both Las Vegas grinders are good friends, so they’d have some bragging rights at stake beyond the money.

Stephen Chidwick is arguably the top high roller in poker today. Phil Ivey was generally considered the best player in poker during the poker boom era. So, let’s see the GOATs of the past two eras battle it out on the felt for poker supremacy.

Ivey and Chidwick have more in common than just their poker greatness. Both pros are quiet on the felt and take a business-like approach to the game. They’ve each cashed for more than $30 million in live tournaments, and once they hang it up, will go down as two of the best players to have ever played this game.

Long before Polk feuded with Negreanu, he had a beef with another PokerStars Team Pro member. Five years ago, Polk labeled Mercier as a “bad reg” online, and was highly critical of his play.

But in 2016, Mercier won a pair of WSOP events and earned World Series of Poker Player of the Year honors. He also has more than $20 million in live tournament cashes, so it’s tough to label him a “bad reg.” It’s time for these two to settle this old feud on the felt.

Kristen Bicknell and Alex Foxen form the most successful poker couple in the game today. They’re two of the top high-stakes pros in poker, both having some incredible accolades. Bicknell recently won her third WSOP bracelet and has won the GPI Female Player of the Year for the past three years. Foxen, a former college football player, is the two-time defending GPI Player of the Year and has $16.8 million in live tournament cashes.

Fedor Holz had a memorable year in 2016, cashing for more than $16 million, a record at the time. But he’s limited his play over the past few years, focusing more on non-poker opportunities. Still, he’s one of the best, if not the best, high rollers in the game.

If he isn’t the best, Chidwick just might be. What better way to actually find out which player is better than a friendly heads-up poker contest?

Shaun Deeb has said multiple times that he “hates” Negreanu. He’s even gone so far as to predict Negreanu, who got married in 2019, would quickly end up divorced. The two accomplished poker pro have feuded on Twitter multiple times over the past couple of years.

They’re both consistent performers at the WSOP, often in competition for Player of the Year. Deeb won it in 2018, while Negreanu won it in 2004 and 2013, and nearly earned the award in 2019. The feud between these players turned nasty a long time ago. Get them to settle the dispute at the poker table, the old-fashioned way.