At 3 pm on Oct. 27, Zach Gensler sat down to start playing poker. At 7 pm on Nov. 1, he stopped. No, you didn’t read that wrong. It’s not a typo. Zach played for an astonishing 124 hours, more than five days, breaking the Guinness World Record for the longest poker session. 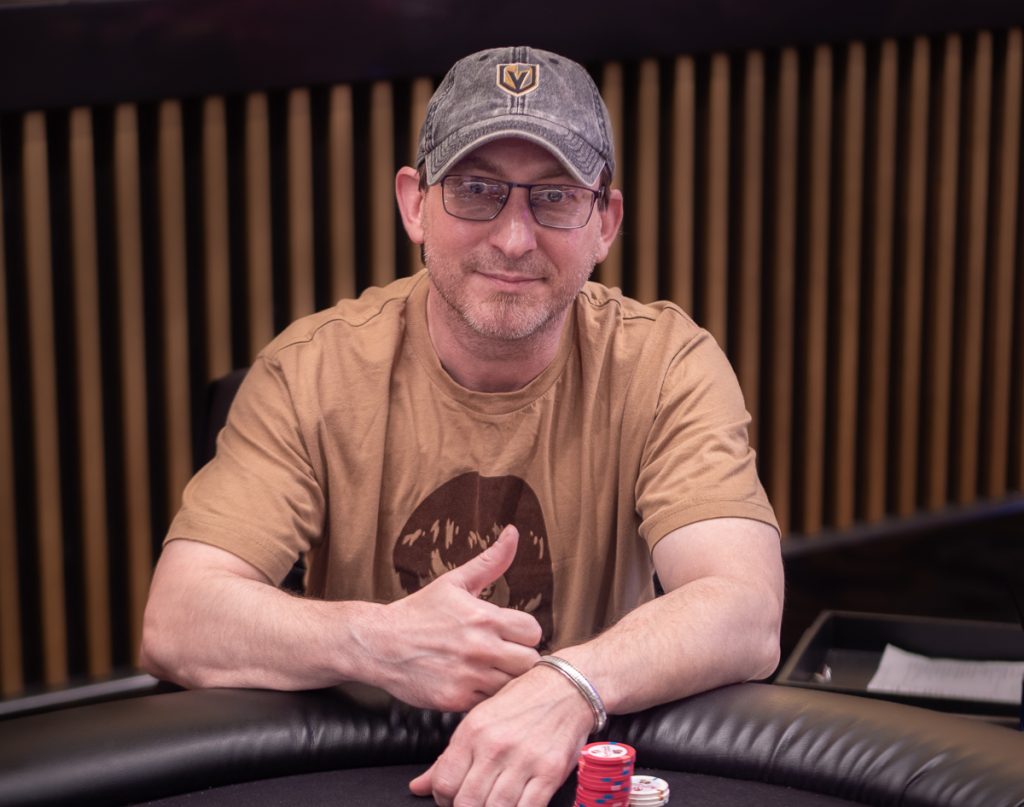 Gensler at hour 124, about ready to call it a day. (Image: Chris Wallace/CardsChat)

Gensler has been working on this monumental attempt for years. I even wrote about him a few years ago when he played what he called “a short warm-up session” of 80 hours in the Aria poker room. That session went smoothly, and he has been trying to find just the right time and place to go after the record, held by Phil Laak, ever since.

That opportunity to go for it came with the opening of the new Resorts World poker room. Manager Gary Hagar began discussing Gensler’s idea with him, and a few months ago the two began planning this current attempt.

I had a chance to sit down and chat with the new world record holder as he was finishing his session. He was remarkably lucid, certainly in better shape than most of us would be even after playing for half as long. Between that discussion, and other conversations we’ve had about it in the past, I’ve put together a little FAQ about the record attempt for those who are curious about what such a marathon entails.

Who is Zach Gensler?

Gensler is a 49-year-old painter from Moorhead, Minnesota. He paints interior woodwork in new homes and plays poker as a hobby. He is also a huge fan of poker, and a winner in the games he typically plays in the Midwest. He and his wife are considering a move to Las Vegas at some point in the near future.

Why did he do this?

He has always known that he had this ability. Long road trips, sometimes with poker sessions in the middle, without stopping for sleep, were much easier for him than most people. He decided a few years ago, after a long session, that he might be able to break the world record. That was when he contacted Guinness and started to learn about what it would take to become the record holder.

What was the previous record?

Poker pro Phil Laak set the previous world record of 115 hours at the Bellagio poker room in June of 2010. Laak broke the previous record held by Paul Zimbler who played for just under 80 hours in 2009. Laak played $10/20 No-Limit Hold’em, claiming that playing his usual game would help keep him sharp mentally, while Zimbler played heads up against a rotating series of opponents and was nearly falling out of his chair by the end of the session.

Is the record official?

Not yet, but it appears that it will be. It was an official attempt, sanctioned by Guinness World Records and in accordance with their rules. It takes some time for an adjudicator to review all the evidence submitted, but at this time we see no reason why the record won’t become official. A plaque to commemorate the record will likely arrive a few months after the record is certified.

How was it documented?

Guinness gave most of the latitude to Gary Hagar, who runs the poker room at Resorts World after laying out the rules. A clock was set up on a television monitor and staff were present at all times to make sure Zach was being dealt in to every hand. Gensler also tweeted a photo or video every hour throughout the process, which you can see on his Twitter account @timetraveler524. The attempt was also recorded on video.

Did Gensler get any breaks?

A few. He didn’t want any longer than 15 minutes, but Guinness is always concerned about safety and they mandated a few longer breaks out of concern for his well-being. He used one for a quick nap in his car, but says he never got any real sleep.

Did he make money?

Unfortunately, he did not. In his record-breaking attempt in 2010, Phil Laak made almost $7,000, but Gensler finished his marathon down $1,200. He was up $800 around hour 90, but then hit a bad run of cards and ended up down for the session, with most of those losses coming in the last few hours.

Gensler says that he did not change his strategy at all, but looking back on it he probably should have tightened up toward the end when the lack of sleep started to affect him in a significant way. His loss is less than one would expect to pay in rake over such a long period of time, so he actually beat the players, he just didn’t make enough to beat the rake.

Were there any big problems?

There were no huge problems, but it wasn’t easy. Gensler says he was feeling really rough about 80 hours in when a local pro named Bizzy dropped by to show some support. The two discussed the odd structures at South Point casino for a bit during that time. Many hours later, Gensler asked “Were we at South Point earlier?”

By the time I met up with Gensler (at Resorts World, not South Point lol) around hour 123, he seemed in good spirits and quite lucid. He answered questions, talked about the hands he had played, and while he was a little worse for wear, I would never have guessed that he had just played for more than five days straight.

Will he try to beat his own record?

No, this is it for Gensler. He says that if someone breaks his record he will happily congratulate them and hand over the record. And at 49, he claims that he’s just getting too old for this. Laak said much the same thing when he set the record in 2010, claiming that this was the only time he would attempt such a feat.

Was there any side action?

I did speak to a few people who said there was action on an over/under line set by a few of the high stakes players at Resorts World. The line was set at 85 hours and there were small amounts of money bet on both sides. 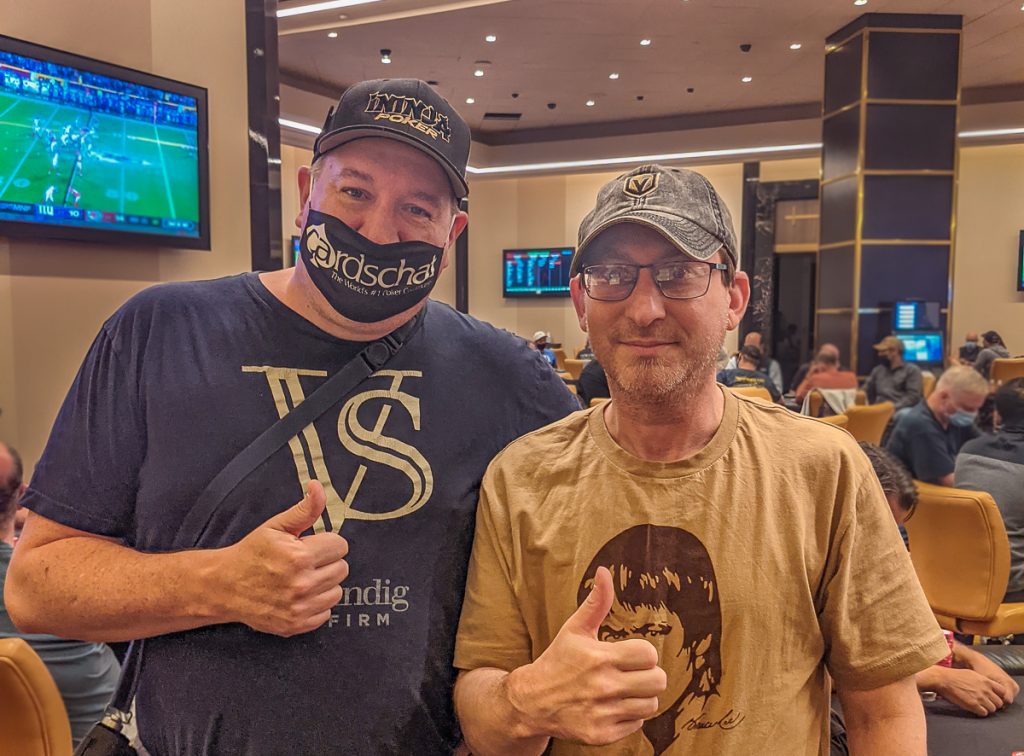 I know how hard Zach worked for this, and how bad he wanted it. I’m ecstatic to see him put his name in the record books and leave his mark. Even if the record is broken someday, the accomplishment will never be tarnished. He will always be a man who set a world record in his favorite hobby. When he wakes up tomorrow, or possibly the next day, he will be proud of what he was able to do, something that no other human on this planet has done.