It’s been years since a brand new poker room opened in Las Vegas. And, over that time, a good number of rooms have closed, some of them permanently. So when I saw plans for a poker room at the new Resorts World, I didn’t get my hopes up. Photos of what the new room would look like were shared on social media, but I still had my doubts until the room finally opened a few months ago. 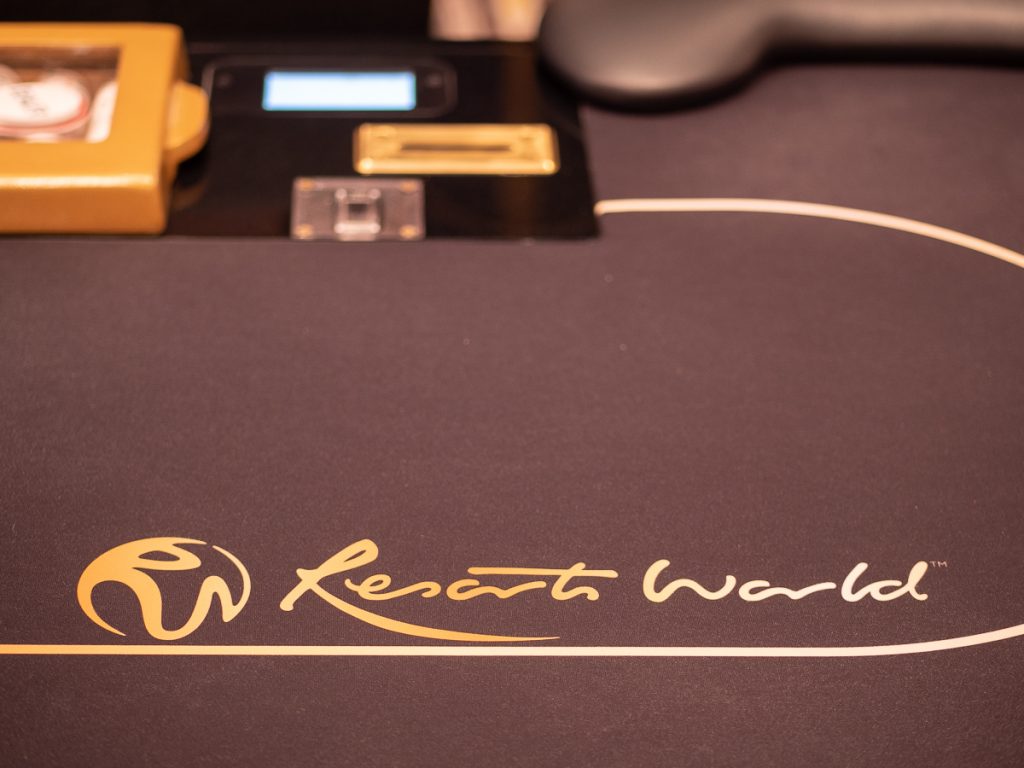 Down to the felt on the tables, Resorts World is all class. (Image: Chris Wallace)

Players have been saying good things about the room ever since the doors opened. Now that I’ve been there myself, I can see why. This poker room isn’t an afterthought; something they decided to try after the place was built. It is a part of the building, a feature of the casino floor, and one of the jewels in the crown of the Strip’s newest resort hotel.

To be honest, the name Resorts World didn’t conjure visions of luxuriously appointed rooms and high-end dining experiences. But the name doesn’t do the property justice. This is a legitimate, high-end casino and hotel on par with anything the Strip has to offer. Once people have had a chance to visit, I expect Resorts World to be in the conversation when people talk about the nicest casinos in the city.

Resorts World is serious about poker

And, great news for us poker players, they’re serious about poker. I stopped by a few days ago and poker room manager Gary Higgins gave me a tour of the room and the surrounding hotel. Gary has worked for some of the world’s best poker rooms, including The Venetian, Wynn Las Vegas, Wynn Macau, and Encore Boston. Gary showed me a poker room with amenities that blew me away — way beyond what I’ve seen any poker room offer. 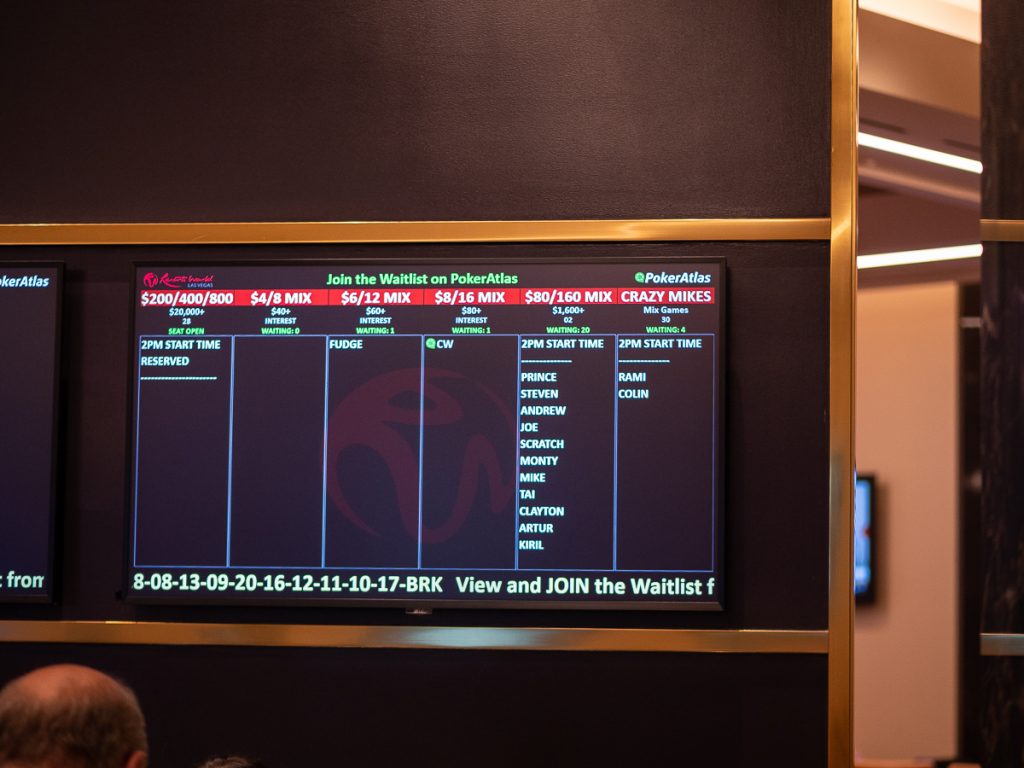 As my old poker buddy Dave used to ask, “Sure, but how’s the coffee?”

Well, the coffee is a good example of just how far Resorts World has gone to treat poker players like valued guests. I’m a bit of a coffee snob and it’s not easy to impress me. I’ve had Wallenford at the actual Wallenford Estate in Jamaica, Terrazu fresh roasted on the side of the volcano in Costa Rica, Guatemalan coffee that fell out of the roaster and into a grinder two minutes before my cup was brewed. Fresh roasted Kona in Hawaii hardly caught my attention. So, I guess, maybe I’m a bit more than a casual coffee drinker.

Resorts World went the extra mile and bought a Franke A1000 coffee system straight from Switzerland. It’s the finest automatic coffee maker on the planet. The machine itself starts at $15,000, and they bought all the extras and add-ons to go with it. I would be shocked if they put less than $25,000 into the coffee machine in their poker room.

Yes, of course, I tried it. And yes, it was as good as advertised. A flat white that wouldn’t have been out of place in Australia or New Zealand where it is the standard caffeinated beverage. Brilliant.

Stop by for a cup, even if you don’t have time to play. Tell them you just wanted to check out the poker room and that Fox raved about the coffee machine. They’ll invite you to try a cup for yourself. And you will be impressed. 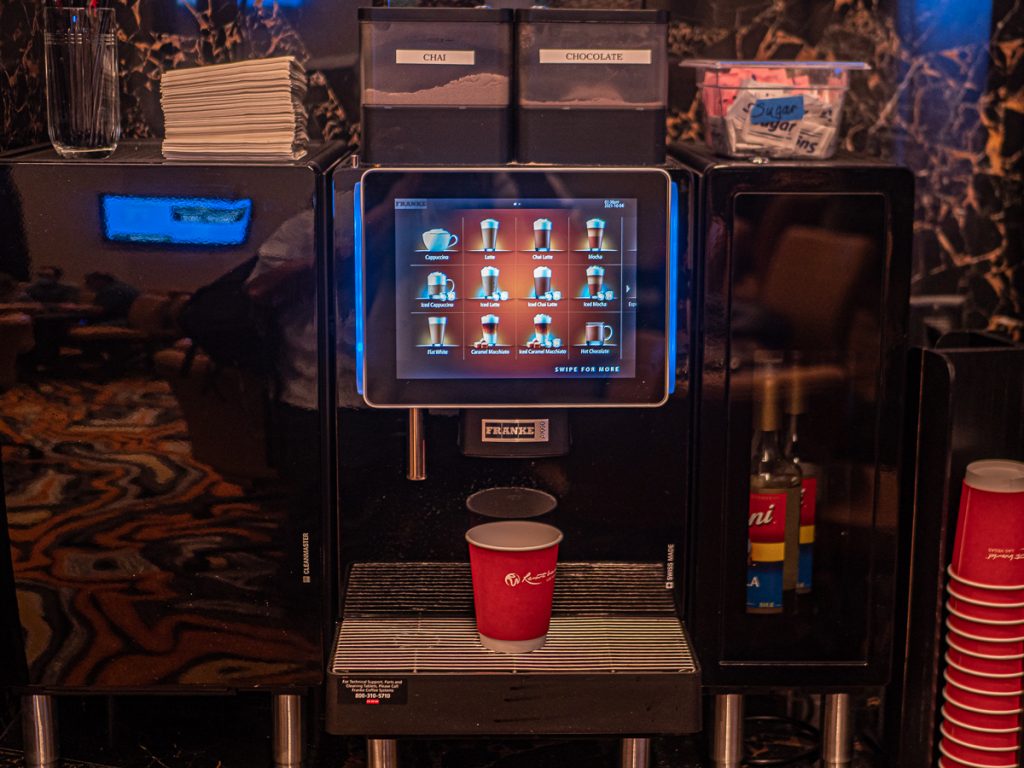 The Franke A1000, the Lamborghini of coffee makers. (Image: Chris Wallace)

The coffee machine illustrates how they do everything at Resorts World. From the tables to the dealers and staff, the appointments and decor, and the multiple private rooms — everything is top-notch and the very best available.

While the room is classic in appearance, it’s also completely modern. The Franke machine has a touch screen. They use the Poker Atlas app, which allows you to join cash game lists from your phone (no more calling in to get on a list). The food menu includes a dozen restaurants in the casino, and you can order it right from the touch screen and pay with reward points or a credit card right there.

The room is set far enough off the casino floor enough to avoid the din of slot machines, but not tucked in a back corner as if they’re ashamed of it. The air is clean and smoke-free. The food is great. And the rake is low. What else can you ask for?

Poker games? Oh yeah, sorry, I got lost in the coffee. I guess it’s just a fancy coffee shop if there aren’t good poker games. And Resorts World is doing a great job there too. They run some of the biggest mixed games in the country every day. They love smaller mixed games too, and there are always No-Limit Hold’em games running. 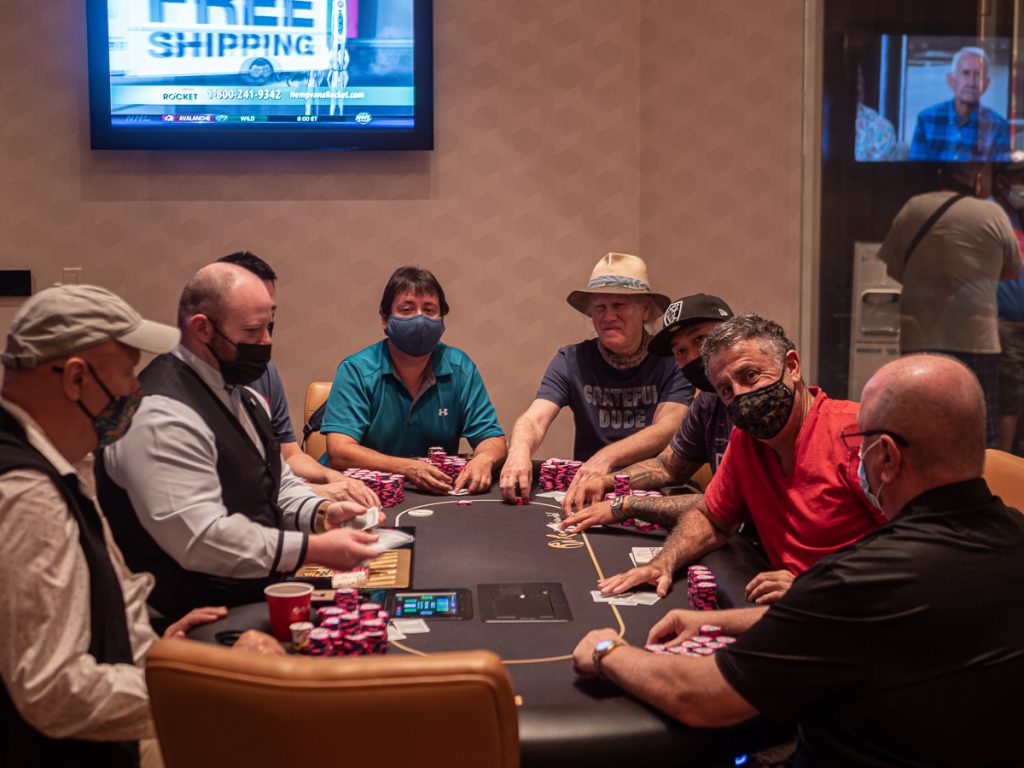 The No-Limit games looked friendly and soft, though I have heard some players fear that there won’t be enough walk-by traffic to bring recreational players in off the casino floor. I understand the concern. It’s really nice when the occasional club patron stops by at Caesars because the line was too long to get into Omnia. Similar things happen at Wynn or Bellagio, though not as often, and I’m not sure that they are a big part of the value of the games.

The biggest concern for me, as a working pro, is how many grinders are in the game. A table with backpacks and headphones everywhere is miserable, even if a random tourist drops in once in a while. I didn’t see any backpacks at Resorts World.

I’ll let you know how the games are after I’ve had time to play some more hands in the room, but they seemed fine to me, with a nice relaxed group and multiple games running midday on a Tuesday. I think that we should all be supporting this room right away rather than waiting to see if they get the games we want before stopping by.

Resorts World made a real investment in poker. In fact, they’ve made a bigger investment than any room I’ve ever seen. We should be supporting that. If nothing else, it sets a standard for the other poker rooms in town. And, the rake is some of the lowest in the city, which tells me that they understand that poker isn’t the big moneymaker, but rather a feature to bring people in to see the casino and bring their spouses or friends back to gamble or see a show. Other poker rooms could learn from this, and I hope they do.

You can bet I’ll be letting all the other rooms in town know that their coffee is garbage the next time I have a cup somewhere else. Making sure the other rooms know that they need to step it up in all kinds of ways to compete with the high bar set by Resorts World might just light a fire under them. And if it doesn’t, we can just move all the games to RW and toast with a fresh cappuccino.