Josh Arieh has taken his chips off of the table for the remainder of this year’s World Series of Poker, but he remains the man to catch in the 2021 Player of the Year race. 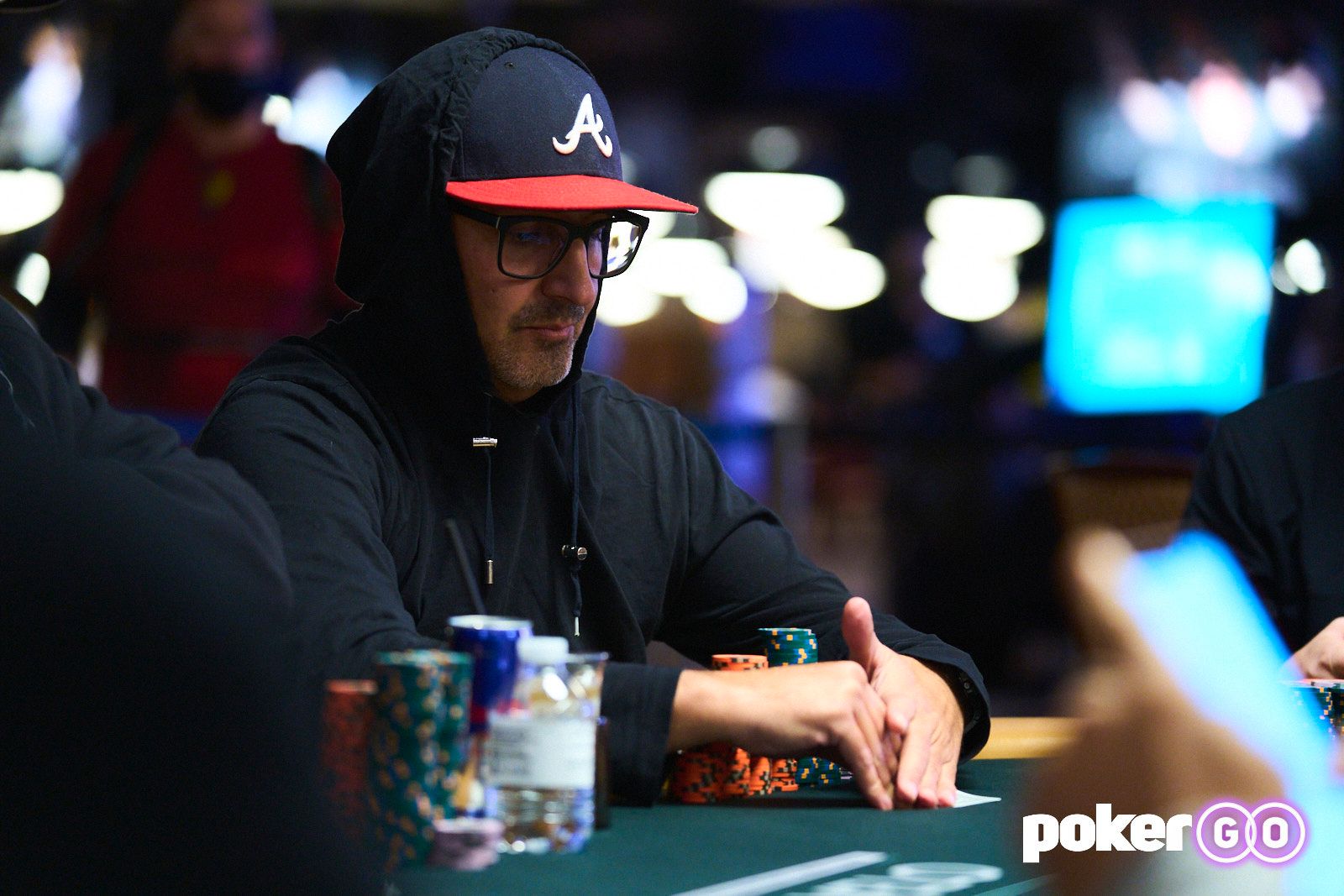 Josh Arieh won’t compete in the final few WSOP events, which leaves the door open for others to win this year’s Player of the Year race. (Image: PokerCentral/Mark Gorman)

The longtime pro enjoyed a renaissance during this year’s series, cashing 10 times and picking up two WSOP bracelets. That run has earned him a table-topping 3,639.34 points, but he won’t be trying to improve that total.

Arieh would love to win the WSOP Player of the Year title, but says that life outside of poker is more important. As such, he won’t be playing the final handful of events, which means any number of pros, including Dylan Linde and Shaun Deeb could usurp his position.

Arieh looking to hold one time

Arieh announced his decision to forgo the final events on Wednesday night. In a tweet sent to his followers, he said that becoming WSOP POY would be a career milestone, but that other aspects of his life, including his family, are more important than chasing bracelets right now.

“Although #WSOP Player of the Year is a career milestone that I’ll likely never be in the running for again, there are more important things in life than my career! I will not be playing the remainder of the WSOP. Best of luck to those in the chase” Arieh tweeted.

What makes this year’s haul more impressive is the fact Arieh semi-retired from poker in 2012. He was a standout player during the mid-noughties, but gradually faded from the limelight as the game evolved.

Arieh said at the time poker was getting tougher and that he wanted to play less. He did, however, remain a firm fixture at the WSOP. This, coupled with his work for PocketFives, kept him sharp enough to roll back the years and top the 2021 POY leaderboard.

Who can catch Arieh?

Arieh’s run is one for the ages, but his position isn’t secure. The chasing pack has eight events remaining in which someone can overtake the current leader. Based on the remaining events, there are thousands of point up for grabs.

The average return for winning a WSOP event is 1,000-1,100 points, while a min-cash is worth around 60 POY points. The gap between Arieh and Dylan Linde, who currently sits in second place, is 662.72 points. The rest of the top five need to earn approximately 800 points to take the lead. 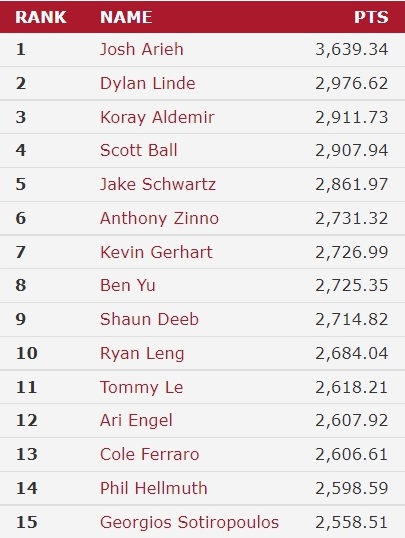 Catching Arieh is far from impossible. In fact, a strong finish from anyone in the top 15, let alone the top five, could knock Arieh from his perch. For example, Shaun Deeb is currently sitting in seventh with 2,714.82 points.

Deeb already said he wants to dethrone his friend Arieh and, with 15 cashes and one bracelet this year, he’s certainly not out of the running. So, while the WSOP POY title would cap off an unexpectedly impressive series for Arieh, he’ll have to fade a lot of outs before his name goes into the history books.