Winning Poker Strategy: How to Play Tight, but Not Too Tight

I was recently working on my bicycle, attaching a replacement crankshaft. I read through the brief instructions and, after a couple of explanatory sentences about where to place the part, the instructions advised me to “turn the crank until it is tight – but not too tight.” I thought that an odd phrase for instructions that were supposed to be unambiguous. I mean, how tight is “not too tight”? 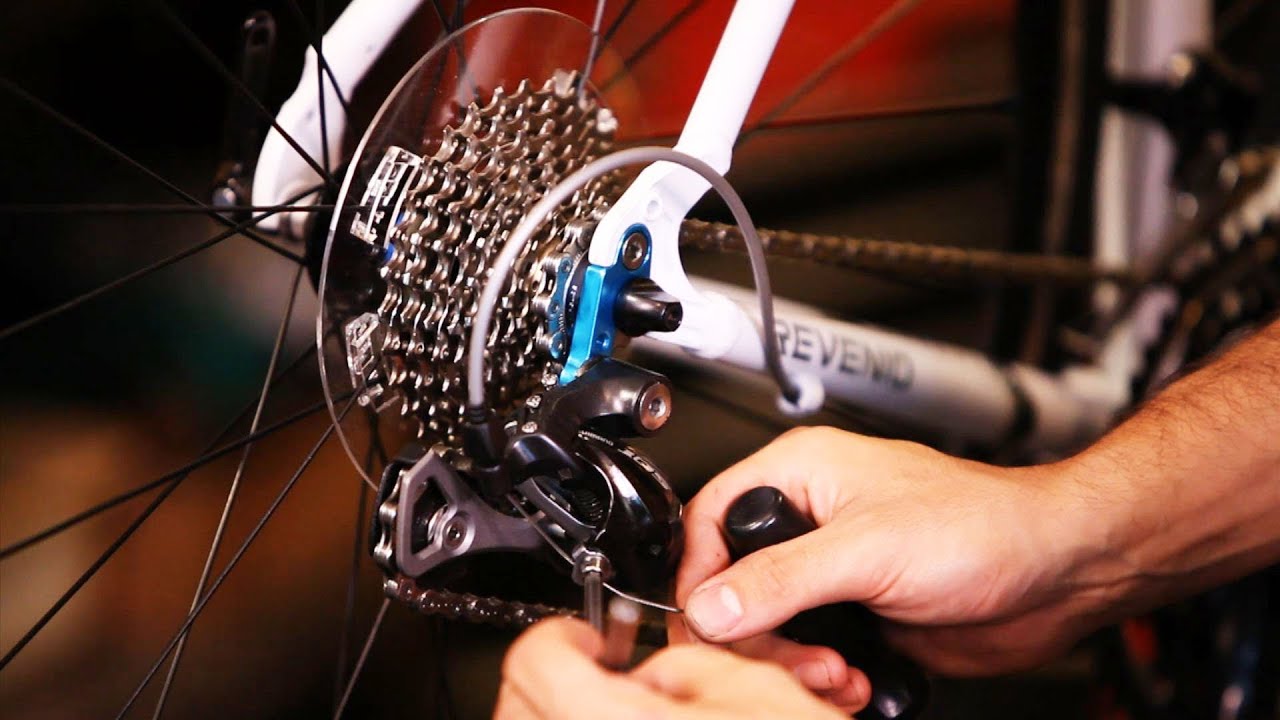 If you’re not able to shift gears in the right situations, you might be playing too tight to maximize your profits. (Image: OnlineBikeShop.com)

Surprisingly, though, when it came time for me to tighten the crank with a special tool, I reached a point in the tightening that I knew to be correct. Had I tightened it beyond that point, it would have been too tight.

This struck me as useful in poker instruction as well. Though the concept of “tight but not too tight” is, admittedly, a fuzzy one without clear and specific parameters, it can be usefully applied to poker strategy. It is, I think, an apt way of explaining to new players, early in their poker education, how tightly to play preflop.

Consider how many of us learn how to go from casual, home-game players to taking the game more seriously. Casual players, just out for a good time, usually play just about every starting hand they’re dealt.

It’s more fun to play than to fold and so, when the stakes are small and the motivation for playing is more about having fun than earning a profit, there’s no real harm in playing any two cards because, who knows what can happen on the flop?

Some players never advance beyond that point. Those who do move up to more serious games – in public poker rooms or in home games with players who are playing for a profit, soon discover that this loose style can be disastrous. When they get to a game with serious players – even not very good serious players – they typically lose. Oftentimes, very quickly.

Beginning players learn — either from more experienced players or from viewing, listening to, or reading poker instructional material — that to become profitable, a player should adopt a relatively narrow range of starting hands. It’s for those players transitioning from casual to serious that starting hand charts are designed.

Accordingly, some beginning players go on to embrace a very tight style of play, developing the discipline to toss all but the highest-value starting hands.

A Rock is Born

Some players stay with that greatly restricted range, playing only play top pairs and Ace-King – perhaps not even expanding that range in middle and late position. They become the rocks and nits of the game. They may scratch out some small profit, especially when accounting for the comps, but they’re never going to become winning players.

But to stop learning at the “tight is right” stage is a mistake. It’s possible to do better.

Downside of Tight is Right

There are two broad penalties for playing too tightly:

“Tight is Right” play is exploitable because all but the complete poker ignoramus will recognize, and then make adjustments, to exploit that tightness.

The first adjustment, one that’s easily made by even relative beginners, is avoidance. Since a very tight player is only playing a very narrow range, whenever they do elect to play, they will be shouting that they have an extremely strong hand.

Accordingly, when playing against them, even the rawest of players will learn to fold everything but the highest pair. This will deny the extremely tight player the ability to profit with these hands.

More sophisticated opponents will be able to apply another form of exploitation. They will frequently extract money from the rock by floating their preflop raise and then manipulating them to release their hand based on the texture of the flop, turn, or river.

Against a field of skillful opponents with the ability to float raises made by extremely tight players, the rocks are doomed to lose unless they get extremely lucky.

The second penalty of playing too tightly, the less obvious one, is lost opportunity. A rock will miss out on making money on hands they might have otherwise played skillfully for a profit – sometimes a large profit. Unrealized profit caused by folding too frequently is money lost.

Imagine preflop holdings like small pairs and suited aces, which are often eschewed by a rock. These are hands that can become hidden monsters with the right flop. Rocks, however, will never get the chance to win money with them since they’ll always fold them preflop.

In the meantime, someone playing “tight, but not too tight” will often win a huge pot by including these additional hands in their preflop playing arsenal.

No-Limit play highlights the importance of understanding implied odds. Simply put, implied odds are the ratio between the cost of entering a hand compared to the amount of money that might eventually be won in that hand.

In No-Limit, the implied odds can be enormous, as the cost of entering a hand might be as little as the large blind (if there is no preflop raise), while the amount that might eventually be won is huge and is only limited by your opponents’ stack size.

A good player must adjust his starting standards to account for the likelihood of his entry-cost into the hand remaining small. With a very low chance of being raised after he enters the hand, the player’s eventual can be huge and is oftentimes the product of post-flop errors made by his opponents.

The factors that go into recognizing the likelihood of a small initial cost of entering the pot, and a large possible pot being won, can be described using the four Ps: position, passivity of the game, players in the game, and the likely post-flop errors made by your opponents.

You can play more loosely from late position than you can from early position. With fewer players left to act behind you, there’s less of a chance of being raised once you enter the pot. So, when you’re in late position, you can lower your early position starting standards with less fear that someone with a superior hand will raise after you enter.

This allows you to call an unraised pot with a much broader range. It also allows you to show aggression by raising a pot more frequently with a lower-valued hand than you would need to raise in early position.

Passive games often have little or no preflop raising, hence, your early position call is less likely to be raised than in a game with aggressive players following you. In a very passive game, you can call in early position with the same broad range as you would call with in late position in a typical game. Since you’re not likely to be raised, you usually see a flop on the cheap and proceed from there.

You need to consider the specific nature of your opponents before you consider whether, and how, to broaden your range so that you’re not playing too tightly. If you have a deep-stacked maniac to your immediate left, for example, you have to be extremely careful when entering a pot with a sub-standard hand. Here, maintaining a very narrow range, even if you’re the cut-off, is probably prudent.

On the other hand, if you’re in the low-jack seat and are followed by three rocks, you might raise with an extremely broad range of hands, knowing that you’re highly likely to be able to buy the button, making you last to act on all future betting rounds.

The Likelihood of  Your Opponent’s Post-flop Errors

You need to be concerned that, against excellent players, even if you hit your draw, you still might not get maximum value as your opponents likely have the skill to both discern the strength of your hand from your betting, and have the discipline to fold.

On the other hand, if you judge your opponents to be of medium or lower skill, you can expand your range of playable preflop hands, believing your opponents will be more likely to pay you off if you hit.

If, for example, you’re facing a real calling station who can’t get off a high pair, even against aggressive betting and a scary flop, then you might be more inclined to play a large range when he raises preflop. You’ll be able to get away from hands that don’t improve if you miss the flop, as opposed to your opponent who would likely pay you off in the same spot.

Part of what makes serious players improve is the recognition that not all starting cards can be played profitably, and that they should be discarded, even for the price of the bring-in. This early lesson can be taken too far, however, as one can become too tight.

It’s better to recognize the many circumstances in which playing a broader range can be profitable. In general, a tight style of play still makes sense, especially as you’re developing your poker chops, but remember — playing “tight but not too tight” gives you the flexibility to do much better than just playing “tight is right” poker.