Winning Poker: 5 Tips to Keep From Looking Foolish at the Table

Maybe you’re chiefly a home game and online player. You still do that, but since COVID, you’ve grown completely stir crazy after being cooped up for the past 18+ months. So, you’ve decided to travel to a casino in a destination city with a couple of buddies for a weekend poker adventure … 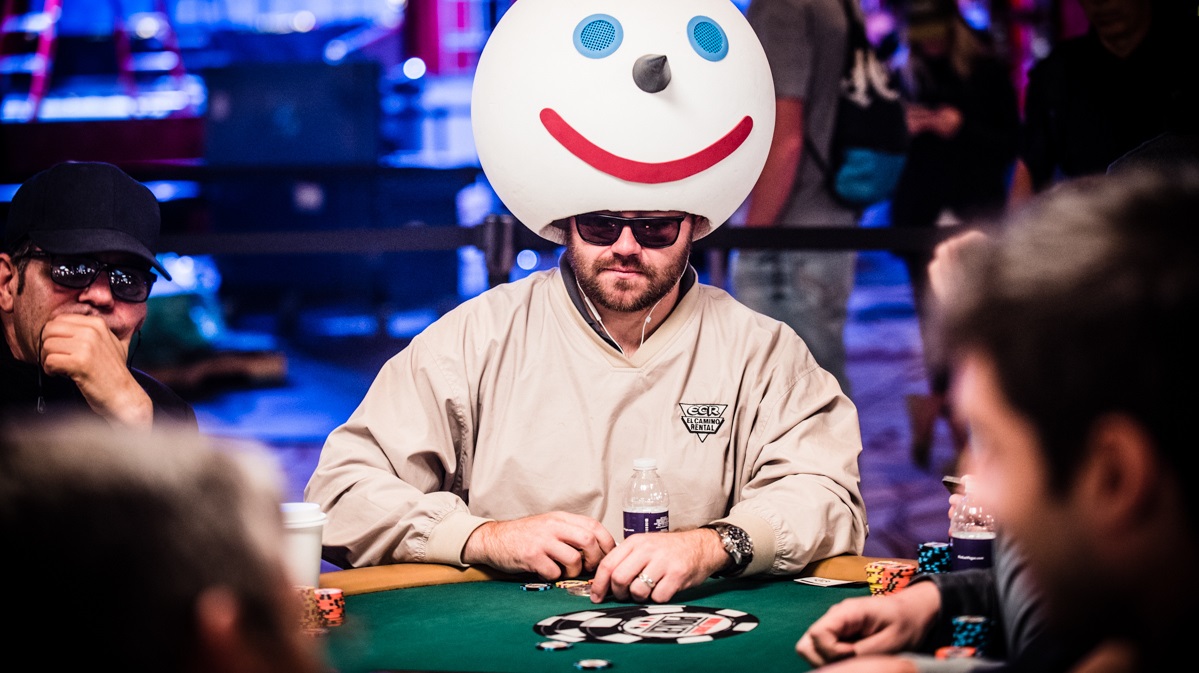 No one likes playing against a clown at the poker table. (Image: 888 poker)

The only problem is, you’ve never played in a casino before and you’re worried about embarrassing yourself because you don’t know the proper poker etiquette, procedures, and the like. Here are five tips for avoiding embarrassment when you’re playing in the casino or in other public-room poker games.

Public poker room games tend to move more quickly than your home games, and delaying the game because you aren’t paying attention is likely to piss people off. Follow the action and act when it’s your turn to act.

Feel free to have conversations with those around you – but don’t do it in a way that slows the game.

As a general rule, it’s a good habit to routinely insert a very brief pause of two or three seconds before every betting action, including folding. Then act crisply and decisively. You want to give yourself at least a moment for a decision, even when you don’t need it so that when you do need time, you won’t reveal anything about your hand.

Of course, if you have a tough decision to make, take as much time as you need.

2. Ask your questions before you sit down

There’s a temptation to get into a game immediately upon entering a poker room. You’re there, you want to play, so you grab a seat as soon as possible, right?

It will help your peace of mind to understand some basics about the room and the games that are spread before you start playing, including:

There are a million other questions you might ask, but these should get you started.

It’s a cliché to say “Play with your head, not over it,” but with poker, it’s more than just a way to keep yourself safe from overindulging. It’s sometimes a matter of strategy.

When you’re playing over your head, the strategic bets and raises you may need to make may be more than you feel comfortable with, and that will affect how you play. You may be reluctant to make the strategically correct move because the absolute amount of money feels too large. This could inhibit your aggression, and hurt your ability to make money.

It’s better to play smaller as you’re warming up to the different pace and atmosphere of a public poker room than to play big, feel intimidated, sacrifice your aggression, and lose.

4. Plan on a short session with many breaks

The tempo and mood of a casino game is likely to be faster than what you’re used to at home. Players make their decisions more quickly and there’s likely to be a lot less conversation, eating, or general time-wasting than in most home games.

I’ve found that it helps to take regular breaks from the action. This is true for veteran players, and essential for someone who has never played in a fast-paced public game. Step away from the table, catch your breath, and take at least a few minutes every hour to reflect on the game, its players, and your play in it.

There’s also no reason why your very first session needs to be a long one. I suggest spending just one or two hours hour playing when you first come to a public poker room. All too often, players get caught up in the game, forgetting everything they intended to do. They start to lose money, convince themselves that they need to stay until they’re even, and end up staying until they’re broke. Don’t do that.

Leave if you’re on tilt. Otherwise, you can always return.

Know that it really doesn’t matter how the regulars view you at the poker table. If your goal is to win money and have fun, it may even help if you look like an idiot.

Play your game unselfconsciously. If you make a few obvious errors, don’t worry about it. If you come off as a newbie, all the better. Your opponents will be likely to make certain assumptions about your play that you can profit from. I’m not suggesting you ham it up or create some fake dumb persona. But don’t let it faze you if that’s what your opponents think.

Certain players, viewing you as a first-timer may assume they can bully you off of your hand with a lot of aggression. Some players — a small minority, fortunately — may want to mock you for your errors. Don’t’ get disturbed by it. Laugh it off. It’s their problem, not yours.

As a newbie, you should assume you won’t be credited with playing deceptively. If you are, by nature, a tight player, your opponents will quickly put you on only high-quality starting hands if you enter with a raise. Leverage your image and you’ll probably be able to get away with a few traps and a few well-timed bluffs too, as they will tend to think of you as a one-dimensional player.

Similarly, since some of them will tend to try to bully you out of a pot, you might be able to exploit your newness by letting them donk off their chips in bluffs when you have a legitimate hand.

Either way, keep your calm, pay attention, act in turn, and let the chips fall where they may.

Loved the article I’m the clown in the photo lol. It was my Halloween costume 😎